If you were wondering if anything could gain as much attention as this summer’s ALS Ice Bucket challenge, look no further than Check One Two campaign’s #FeelingNuts social media initiative. 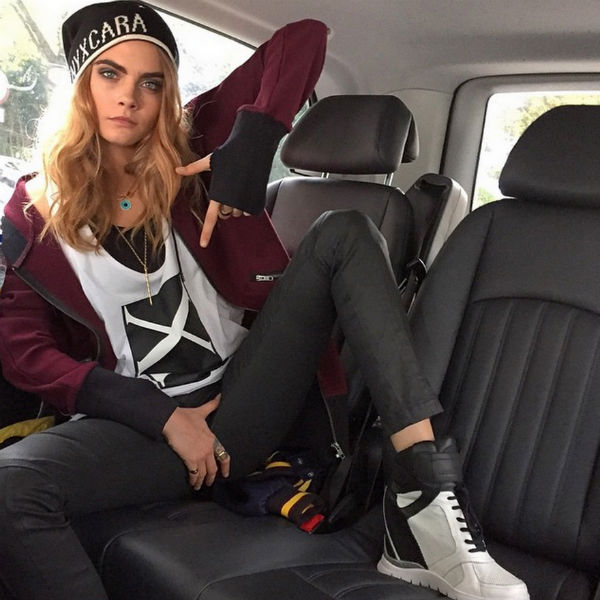 In an effort to raise awareness for Testicular Cancer, celebrities the world over are taking to Twitter and Instagram to “feel their nuts” and encourage young men to do the same.

Brothers Andrew and Simon Salter started Check One Two after hearing the story of Wendy Gough, a grieving mother who lost her teenage son Matthew to the disease, and now runs her own organization, the Wendy Gough Cancer Awareness Foundation. In a joint effort, Gough and the Salter brothers are working to convince young men to take ownership of their bodies, check for testicular lumps, and dispel the shame around speaking up and seeking medical help. Now it seems, their efforts have paid off.

Celebs like Hugh Jackman, Ricky Gervais and Miley Cyrus have all done their part to spread the word, and more are joining by the minute.

I accept the @RealHughJackman#feelingnuts challenge for testicular cancer. I nominate @WilliamShatnerpic.twitter.com/yarfYDZKWN

Supermodel Cara Delevingne went one step further with the campaign by appearing on a TV special for #FeelingNuts that airs in the UK tonight, October 24. A PSA starring the supermodel was released to promote the special—a hilarious PSA we might add—and you can watch it here:

Who else will join the fight? Only time will tell!