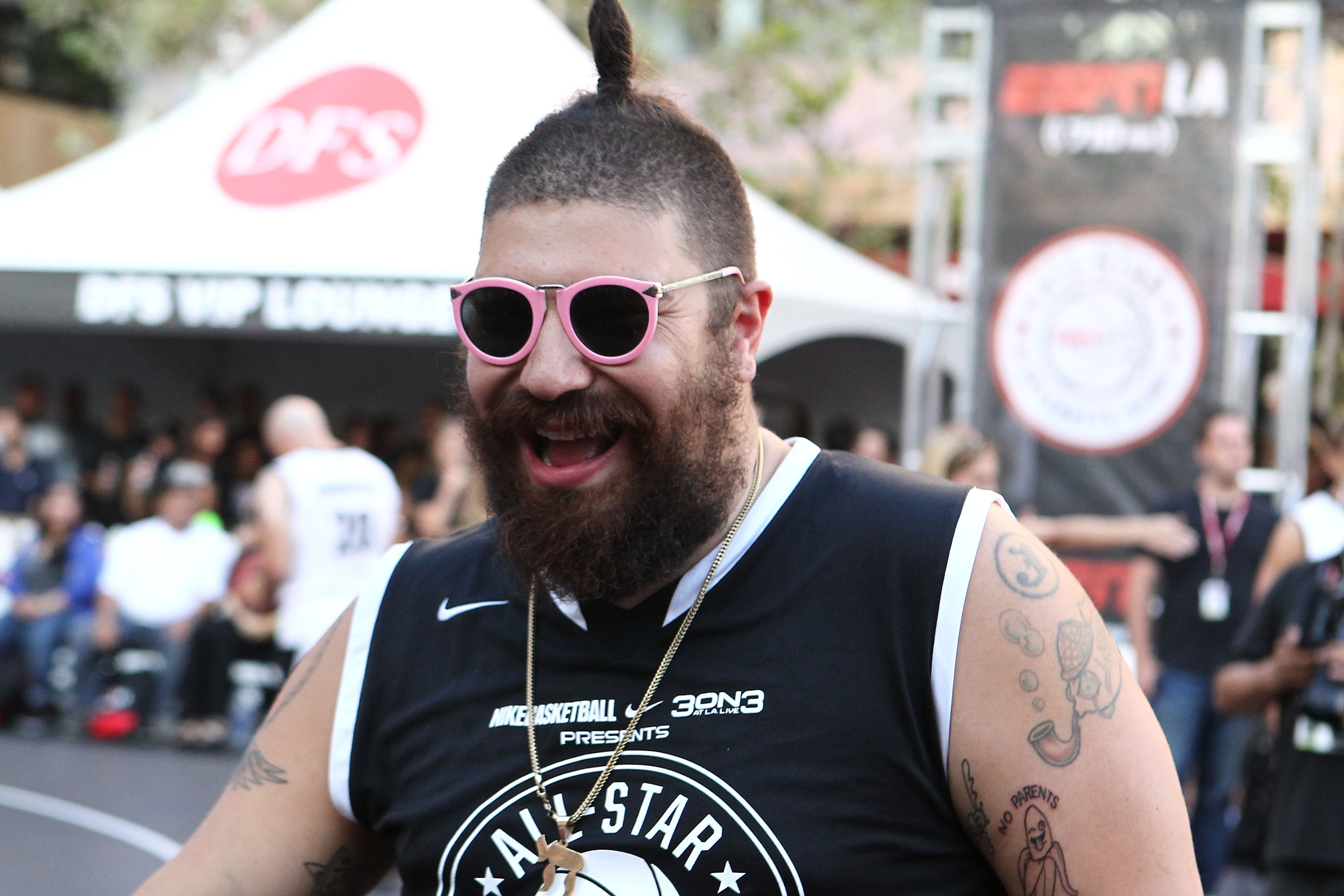 Between the absurdly packed calendar, overwhelming displays of sponsorships, hordes of preening street style stars, and the fact that anyone with a DSLR camera and a laptop can command front-row seats, it’s not surprising that everyone from the New York Times to this very site has wondered whether New York Fashion Week is losing its relevance.

Obviously, several of the world’s most important designers choose to showcase their collections in the city—Carolina, Marc, Proenza, Kors, and Wang to name a few—but there are also people like Josh Ostrosky, a.k.a., The Fat Jewish, who are able to show theirs, too.

In case you hadn’t heard, it was revealed on Sunday that the viral Instagram sensation plans to debut the Dad Fashion Show on September 16, a presentation he described to The Cut as “an eclectic collection of apparel” celebrating “the moods and personalities of dads of all ages,” at MADE studios at the Standard Hotel.

Yes, the dude who became famous for posting memes on social media is now a card-carrying Fashion Week “designer” catering to dad bods—and he’s not even a dad. He is known for satirizing pretty much everyone and everything on Instagram—this is the guy who launched White Girl Rosé, after all—so, it’s obvious this is just another, more prestigious platform for his brand of humor.

Granted, some might argue that having the Fat Jew show at Fashion Week is making it more relevant—he’s a cultural phenomenon with over 5 million Instagram followers, and pretty much anyone who uses the web knows his name and what’s he’s all about. For better or worse, that’s more than lots of legit designers can say.

While you can bet Anna Wintour is suffering from an acute case of dyspnea somewhere, plenty of fashion folks are in on the joke—and not only by buying his rosé in bulk.

“Josh has always been a visionary and that is something we welcome into the MADE family,” said MADE co-founder Jenné Lombardo. “I think the establishment would agree: his keen eye, ability to identify trends and the high probability that he has fathered a yet-to-be-identified child has always kept him at the forefront of culture.”

Whether you think The Fat Jew is mocking fashion, or just capitalizing on his fifteen (ish) minutes of internet fame, the funniest part about his whole thing is that his presentation will be the hottest ticket in town come NYFW. Sorry, Givenchy.