Season 16 episode 9 of The Bachelorette was a little bit of a snoozefest, TBH. Don’t get me wrong, I loved watching every minute of it, but they teased way more action than what actually went down on the episode. Plus they pulled a surprise comeback, which I hate. Let’s dive in.

We pick up the episode where we left off last week, the two-on-one with Bennett and Noah. Tayshia talks to each of them individually and Bennett gives a gaslighter-heavy speech about how he only wants the best for Tayshia and would never question her intentions or integrity while questioning her intentions and integrity.

The way Tayshia looks at Bennett makes me think she’s seeing right through this BS speech, but I don’t want to get my hopes up too much.

Noah on the other hand can barely form a sentence in his sit-down with Tayshia, and honestly, I just feel bad for him at this point. He’s clearly too immature for all of this and Tayshia sees it. But at least he’s not trying to manipulate her. Immaturity is the lesser of two evils in this situation, so Bennett needs to go home. 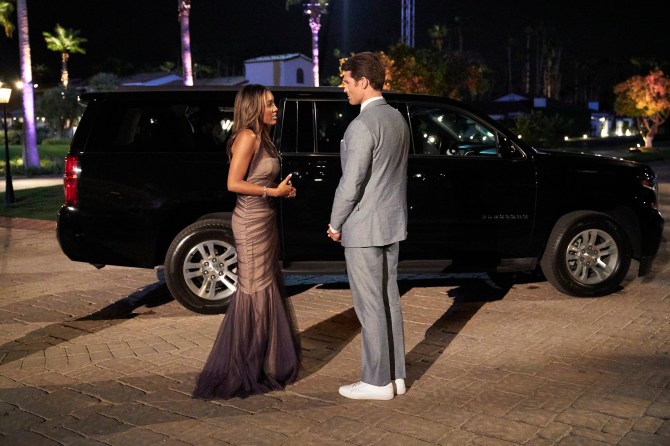 Tayshia sends Bennett packing and laments that sending him home “didn’t feel right.” Yeah girl, cause he’s manipulative and wants you to question your decisions. His meek “is this really goodbye?” doesn’t hold a candle to Eazy’s heartbreaking exit last week.

Tayshia walks back into the room where Noah has a silly grin on his face, which, rightfully, pisses her off. “This is not a victory for you by any means,” she says as she decides she’s not quite ready to give him a rose yet. Spoiler: She gives it to him at the rose ceremony later on in the episode and sends Spencer (sad), Ed (boy, bye) and Demar (who?) home.

I will say, I was nervous for Jojo to come on and deliver Chris Harrison’s iconic “this is the final rose. Tayshia, when you’re ready” line, but my girl killed it! You’re doing great, sweetie!

The love journey continues with a one-on-one with Ben. I have been waiting for this moment!! Ben has those boyish good looks that make me weak at the knees and I’ve been rooting for him from day 1. Just look at that grin! How could you not love him.

Tayshia and Ben scooter around the resort, because the horseback riding option was taken. If Ben doesn’t win this whole thing, I’m campaigning for him to be the next, next Bachelor.

Tayshia and Ben sit down for dinner, and immediately Tayshia has him pegged when she calls him out for trying to be perfect all the time. “There’s hurt there,” she says as she tries to get him to open up. And open up he does. 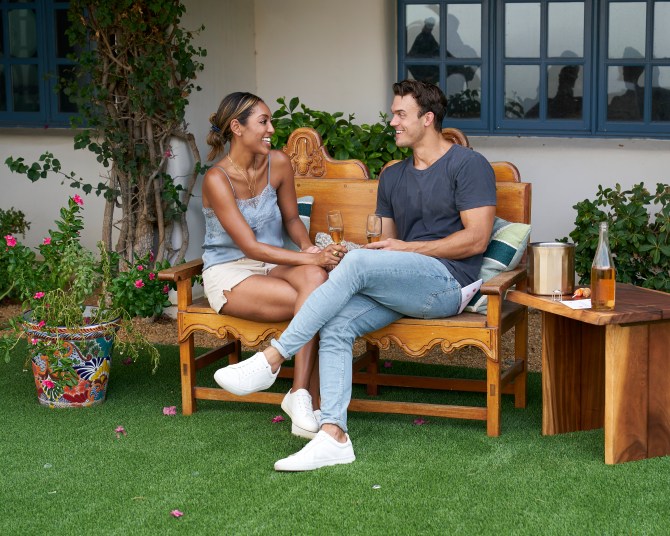 We learn that Ben attempted suicide twice and has been on a mental health roller coaster for much of his life. This guy is having a legitimate breakthrough on national television. He’s never even talked about this to anyone before and now I really hope he wins, otherwise, this will be a tough heartbreak to watch. Needless to say, Tayshia gives him the rose, ensuring his spot in hometowns.

This season of The Bachelorette seems to really be breaking boundaries when it comes to tough conversations. First Black Lives Matter, then addiction and now mental health and suicide. Not to mention that every conversation has been actually been meaningful. Can we do every season in quarantine? Something about the isolation is making it all feel very real.

After the one-on-one we get a lie-detector group date. In the previews for this, we were teased a tense situation with Zac, something about cheating on an ex, and Tayshia storming away with her skirt billowing out behind her.

Here was the reality: Zac cheating on his 6th grade girlfriend (aw) and Tayshia just walked away quickly after saying goodnight to the guys and Zac happened to be sitting in the frame as she walked out. Way to pull one over on us, producers.

A few of the guys get called out for not being totally ready for Tayshia to meet their families. Tayshia is pretty understanding though and lets the guys talk their way out of the situation. I’d be nervous too to bring home a girl from a reality show who is also seriously dating 6 other guys. 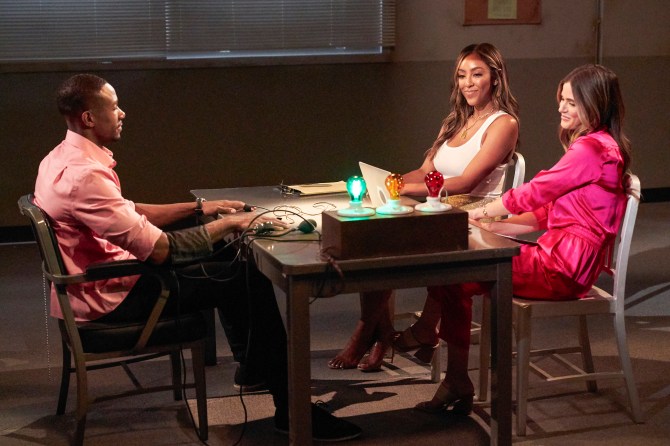 The real revelation from the group date came from Riley, who revealed he changed his name after reconnecting with his mother and realizing his father, who he was named after, wasn’t the man he thought he was. Riley has a Story, capital S and the more I learn about him, the more I like him. He’s not living with his head in the clouds (cough, cough Bennett) and has some real life experience under his belt.

The group date ends and Tayshia walks back to her room only to find Bennett and his stupid perfect jawline waiting for her. He gives her a whole speech on how much he cares about her and drops the “I love you” bomb. Do I believe him? I’m not sure, but I’m leaning towards no.

Maybe Bennett isn’t the horrible person I thought he was, this speech does seem pretty sincere. Maybe it’s the jawline and the intensely good looking face (and producer trickery) making me think he’s a villain.

Bennett tries to kiss her after their chat and she shoots him down real quick. Tayshia has been laying down the law with the guys this season and I love it.

Next week we’re getting a double dose of The Bachelorette with a regular episode on Monday and a ‘Men Tell All’ episode on Tuesday that I will probably not be watching because I don’t care to see grown men bicker for two hours. Until then!