Clare Crawley, the runner-up on Juan Pablo Galavis‘ season of The Bachelor in 2014, was the season 16 Bachelorette. However, after four episodes and two rose ceremonies, Clare told Chris Harrison and her Bachelorette contestants that she had decided to quit the show to be with her winner, Dale Moss. Before the two left the Bachelorette set, however, Dale proposed to Clare at her final rose ceremony and they got engaged. Fast forward to January 2021, and Dale announced that he and Clare had split two months after their engagement aired on TV.

There were also accusations at the time that Dale cheated on Clare with New York real estate agent he knew before her season. (The agent denied the claims.) Long story short, their split was messy but in the end Dale and Clare got back together. Back on The Bachelorette season 16, Tayshia Adams, the runner-up on Colton Underwood‘s Bachelor season in 2019, replaced Clare. In the end, Tayshia chose Zac Clark as her winner, and the two got engaged. Tayshia later moved to New York City to be with Zac. At least someone found love! 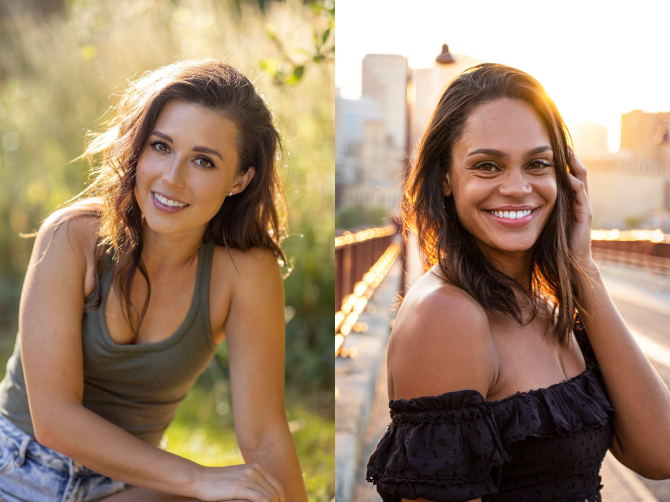 ABC confirmed in March 2021 that there will be two Bachelorettes in 2021: Katie Thurston, who was eliminated in 10th place on season 25 of The Bachelor with Matt James, and Michelle Young, who came in second place.

News broke that Katie was the season 17 Bachelorette in February 2021. At the time, Katie denied that she was the next lead. “Reading my text this morning like. News to me,” she wrote on her Instagram Story.  Katie also responded he rumors in an interview on The Tamron Hall Show later that month. “I’m not [the Bachelorette] as far as I know,” Katie said at the time. “When I woke up to the 50 texts, I had a little panic attack. The first person I had to call was my mom and say, ‘That’s news to me.’ I think it came out that it was told at ‘Women Tell All,’ which is not true. So until I hear otherwise, officially, news to me.”

By March 2021, however, Reality Steve confirmed that Katie had indeed been announced as the next Bachelorette on the “After the Final Rose” special. But Katie isn’t the only Bachelorette this year. Guest host Emmanuel Acho announced at “AFR” that Michelle will also be a Bachelorette.

So why are there two Bachelorettes? Well, according to Reality Steve, Michelle was the first choice for the season 17 Bachelorette but because of her job as an elementary school teacher, she didn’t want to leave her students during the school year like she did when she was a contestant on Matt’s season. So ABC decided to postpone filming for her until the summer when school is out. While school is in session for Michelle, Katie will film and air her season of The Bachelorette, so viewers aren’t left without a Bachelor Nation show on air. Read on for more about our next Bachelorettes.

Who is Katie Thurston? 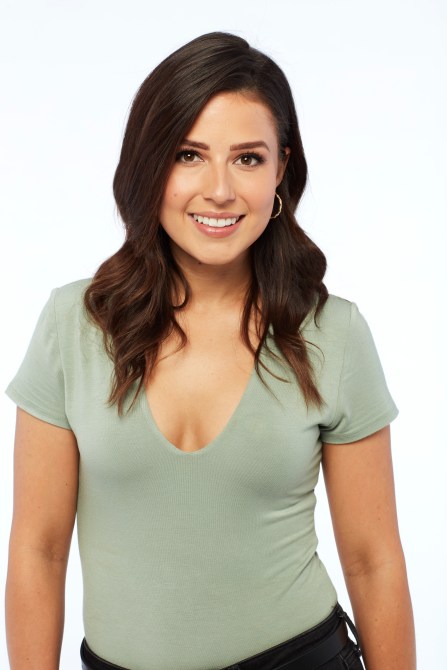 As for what she’s looking for in a husband, Katie’s Bachelor bio said this: “Katie knows exactly what she wants in a man and is done wasting her time on boys who won’t live up to her expectations. She is a witty storyteller who says when she finds someone worth committing to, she is the most loving and committed partner anyone could ask for. Katie is daring and adventurous.”

“While Katie is serious about finding her person, she needs a man who can laugh along with her but is okay with him laughing at her too when the moment calls for it. Katie is looking for a mature man who has ambitions to succeed in everything he does, both personally and professionally. Her dream man will be passionate about building a long-term life with her and will treat Katie as his equal in the relationship.”

“Nothing turns her off more than someone who sits around playing video games all day or a man who tries to kiss her at the inopportune moment … it’s all about creating the right vibe with Katie! Will Matt be able to live up to Katie’s standards? – Katie’s idea of a fun date is going skinny-dipping. – Katie would love to host her own talk show one day. – Katie once planned a dog flash mob that got a huge turnout.”

Katie listed her fun facts as the following:

Who is Michelle Young? 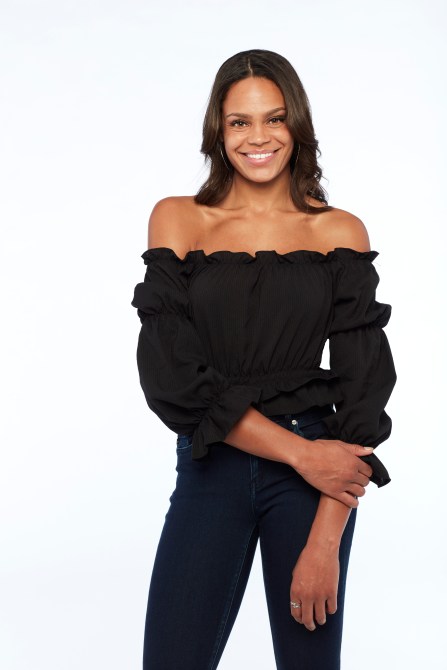 When does The Bachelorette 2021 premiere?

In an interview with StyleCaster in October 2020, Chris Harrison confirmed that the Bachelor franchise shows are back to their original schedule of filming after Matt’s season. “That will put us back on schedule and hopefully, knock on wood, next summer, things will open. We’ll have the vaccine and we can get back to our regular calendar,” he said at the time. Reality Steve, however, speculated that The Bachelorette could premiere later than usual and be pushed for Bachelor in Paradise.

Where is The Bachelorette 2021 filmed?

Reality Steve revealed on his website in February 2021 that The Bachelorette season 17 with Katie began filming in the third week of March at the Hyatt Regency Tamaya Resort & Spa 20 minutes outside of Albuquerque, New Mexico. Due to the current health crisis, the Bachelor franchise has had to film its shows away from the Bachelor Mansion. As the franchise did with Clare, Tayshia and Matt’s season, the cast and crew will arrive in New Mexico, where they will quarantine and test for two weeks before production begins.

Who are The Bachelorette 2021 contestants?

We broke down The Bachelorette 2021 contestants for Katie’s season in full here, but here are some highlights from her cast: Josh Munday, a 27-year-old from Orem, Utah, is the ex-husband of Maquel Cooper, a contestant on season 22 of The Bachelor with Arie Luyendyk Jr. Josh told In Touch in December 2017 that he wanted Maquel back after he saw her on Arie’s season.“One of my mistakes was letting her go,” he said at the time. “There was no infidelity, [and] she was never rude or malicious or anything of the sort. We were high school sweethearts that got married a bit too early. Maquel is one of the best human beings I’ve ever met in my entire life.” Josh is also the brother-in-law of Camille Munday, a famous TikToker with more than 350,000 followers. (Reality Steve reported that Josh was cast, but he wasn’t listed on the official Bachelorette Facebook page, so it’s unclear if he will be on the show.)

Another highlight is Brendan Scanzano, a 26-year-old from Toronto, Canada, and the best friend of Blake Moynes, a contestant on season 16 of The Bachelorette with Tayshia Adams and Clare Crawley. He also was originally cast for Clare and Tayshia’s season but didn’t make the final cut. Karl Smith, a 33-year-old from Miami, Florida, was also originally cast for Clare and Tayshia’s Bachelorette season but didn’t make it on air. Gabriel Everett, a 35-year-old from Charlotte, North Carolina, starred on Bravo’s Make Me A Supermodel season 2 in 2009; Click here for more on Katie’s Bachelorette 2021 contestants.

Who are The Bachelorette 2021 hosts?

ABC confirmed in March 2021 that Chris Harrison will not host season 17 of The Bachelorette after he came under fire for his response to Rachael Kirkconnell’s racism scandal from Matt’s season of The Bachelor. Season 16 Bachelorette Tayshia Adams and season 12 Bachelorette Kaitlyn Bristowe will replace him as co-hosts for season 17.

“Chris Harrison will not be hosting the next season of The Bachelorette,” ABC said in a statement at the time. “We support Chris in the work that he is committed to doing. In his absence, former Bachelorettes Tayshia Adams and Kaitlyn Bristowe will support the new Bachelorette through next season. As we continue the dialogue around achieving greater equity and inclusion within The Bachelor franchise, we are dedicated to improving the BIPOC representation of our crew, including among the executive producer ranks. These are important steps in effecting fundamental change so that our franchise is a celebration of love that is reflective of our world.”

Tayshia confirmed the news in an Instagram post at the time. “Trading in the crown and dress, but don’t stress…. so excited to spend another season with you all. See you on your television screen this summer! And you thought you could get rid of me✨😉 #thebachelorette,” she wrote. Kaitlyn also confirmed the news with a video of her and Tayshia dancing. “Let’s go girls….. @tayshia,” she captioned the post.