This season’s “Women Tell All” was expected to be juicy. Between Queen Victoria’s antics and MJ and Jessenia’s feud, there was a lot to discuss. Despite the drama-filled season, the tell-all was surprisingly tame. It’s almost like the women of Matt James’s season are mature after all—almost.

The reunion episode starts with 15 of Matt’s exes rehashing past grievances in an attempt to let the audience gain some clarity (and see 15 women fight). Since the “Women Tell All” was recorded in early February and because Rachael Kirkconnell is still competing for Matt’s love, it didn’t touch on any of the drama surrounding Rachael. We’ll have to wait until “After the Final Rose” to dig into that controversy. We did, however, have a chance to watch enemies MJ and Jessennia see if they could come to some kind of understanding. (Spoiler alert: They couldn’t.)

When asked if MJ was one of the “mean girls” in the house, Jessenia sticks to the narrative she’s had throughout the season. “I would say it was just kind of adding onto making them [the new women] feel uncomfortable, more so,” she says. “It was the fact that she wouldn’t necessarily own up to it to Matt.” MJ, hoops and all, basically just says that having a “strong personality” doesn’t make her “mean,” but Jessenia wasn’t backing down and admits she “doesn’t regret” going to Matt and ultimately leading to MJ getting sent home. 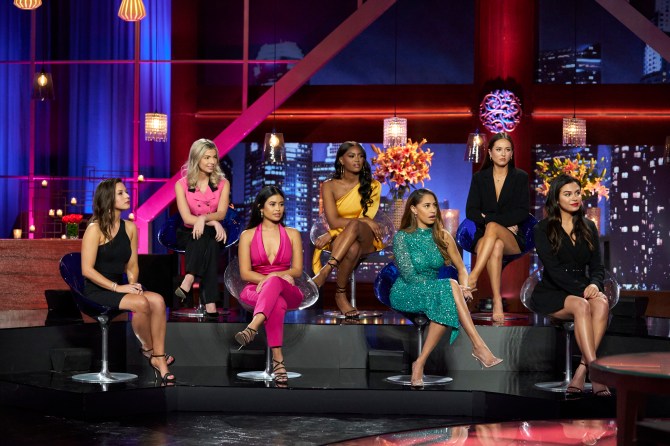 The drama gets dialed up when Queen Victoria is forced to face up to her actions on the show. She’s called a “bully,” because, well, she is one. And as much as she attempts to make excuses for herself, she ultimately apologizes. “We’re all getting backlash for however we handled anything and I think it’s important to remember we all did the best we can do,” she finally admits. “Life is a learning experience as is this journey and we’re just getting to watch it back. So again, I’m just so sorry.”

A lot of women are brought to the hot seat: Katie, Pieper, Serena P., Abigail and Brittany. Anna apologizes for starting a rumor that Brittany is an escort, fan favorites Pieper, Serena P. and Abigail give more details about their feelings for Matt, and Katie (who was rumored to be the next Bachelorette) faces the group about the toxicity she says was in the house.

“I was just being who I believe I am. I am very outspoken,” Katie tells the other women, who accuse her of stirring the pot. “I’m going to speak my mind and for me, it was just kind of like, my last straw. We have to live in this house for up to two months and what I was experiencing personally, it sucked. And so for me, I feel like I owed it to Matt and to myself and to the environment to let him know my opinions.” 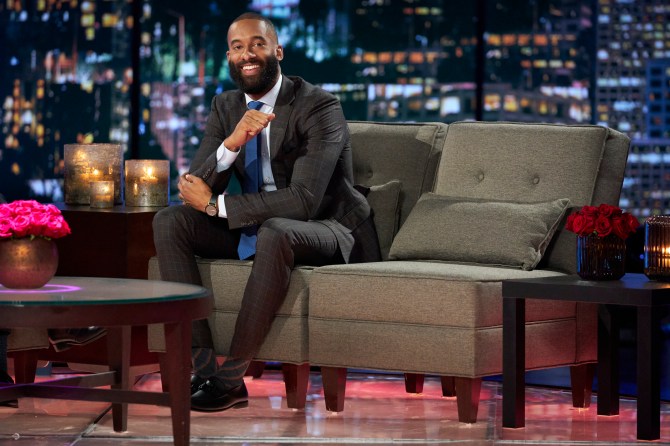 As fun as it was to listen to the women, bicker back-and-forth, the most satisfying part was watching Matt answer the question on all of our minds: “Why does he kiss with his mouth open?”

He explains, “To be honest with you, I didn’t know that that was like a no-no. I didn’t know you were supposed to have your eyes closed. This is news to me. But when I’m watching it back I’m like, that’s kind of weird. So, I’m doing self-reflection. Like, I should probably start kissing with my eyes closed.”

Probably…but I have a feeling that he won’t.