As long as I can remember, there’s always been a virginity trope in popular culture. No, I’m not alluding to flashy tabloid headlines about celebrities who decide to wait until marriage to have sex. (Though, the way the media covers these stars is invasive, to say the least.) I’m referring to TV and movie plot lines that use a character’s virginity as the single most defining thing about their personality. And reality TV is no exception. Don’t believe me? Just look at the way ABC is promoting Colton Underwood’s season of The Bachelor. Their tagline—“What does he have to lose?—is a wink at the 26-year-old former NFL player’s lack of sexual experience. The Bachelor is evidence of a culture at large that views virginity as something that requires an explanation, and it’s time for that to end.

What’s interesting about Underwood is he didn’t necessarily set out to be a virgin in his mid-20s. Though he grew up in a conservative household, he isn’t waiting until marriage—he’s waiting until he’s in love, a fact he’s reiterated several times. During his one-on-one date with Hannah B, he admitted to feeling like he “accidentally” ended up a virgin. He initially opened up to Becca Kufrin (…and all of America) about his virginity during the 2018 season of The Bachelorette. “I spent a lot of time working on football Colton and I sorta forgot who personal Colton was,” he revealed. “And because of that, I still am a virgin.” 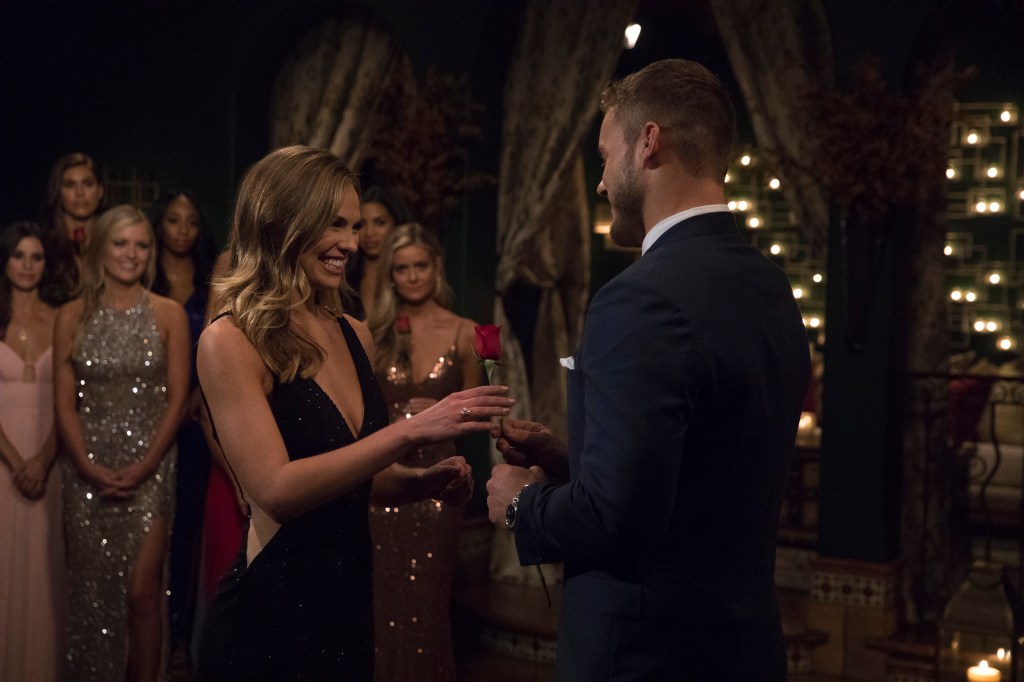 Yet, when I sat down to watch the premiere of this season of The Bachelor, I only made it five minutes before Bachelorette alums Jason Tartick and Blake Horstmann excitedly declared Underwood “the first virgin Bachelor.” It’s clear that this is ABC’s angle for the entire season and that The Bachelor is toying with America’s perception of virginity to spark conversation—and, well, boost ratings. I could even argue that Underwood’s virginity is the reason he was chosen to lead the show in the first place. “You have to be manly to be the Bachelor, and so [there’s] a very deliberate decision to play with that in a way that if they had a woman Bachelorette who was a virgin, the story would be different,” Vanderbilt University sociology professor Laura M. Carpenter told Vox . “If it [were] a woman, then historically it would be a tantalizing thing: ‘Will I be her first?’ And although there is kind of a countercultural narrative about male virgins in that way, there’s also a stronger narrative that you see it in things like The 40-Year-Old Virgin: ‘What’s wrong with this dude for not having had sex?’”

The Bachelor is evidence of a culture at large that views virginity as something that requires an explanation.

This sentiment was echoed when I told my boyfriend that the Bachelor is a virgin. His response was “By choice?” Those two words carry a lot of weight when you think about how toxic masculinity contributes to the belief that men need to prove their manhood through sexual conquests. A tall, muscular, athlete, like Underwood, who’s never had sex? Well, there must be something wrong with him. There has to be a reason. Because virginity in our culture is considered a symptom of a larger issue, there’s a perception that if a man is a virgin, it’s because he can’t get laid. During the premiere, woman after woman had the same question for Underwood: “Why?” Let’s jump back to Hannah B., for a second. Before Underwood opened up to her during their one-on-on, we watched her discuss her romantic history during an intro video. The Southern belle—who holds the title of “Miss Alabama”—said she’s kissed four boys who were all boyfriends. While she’s not a virgin, she thinks sex is a “big deal.” Yet, she still expressed surprise mixed with disbelief at her potential husband’s virginity. “It’s amazing, but also like how?” she told the camera. 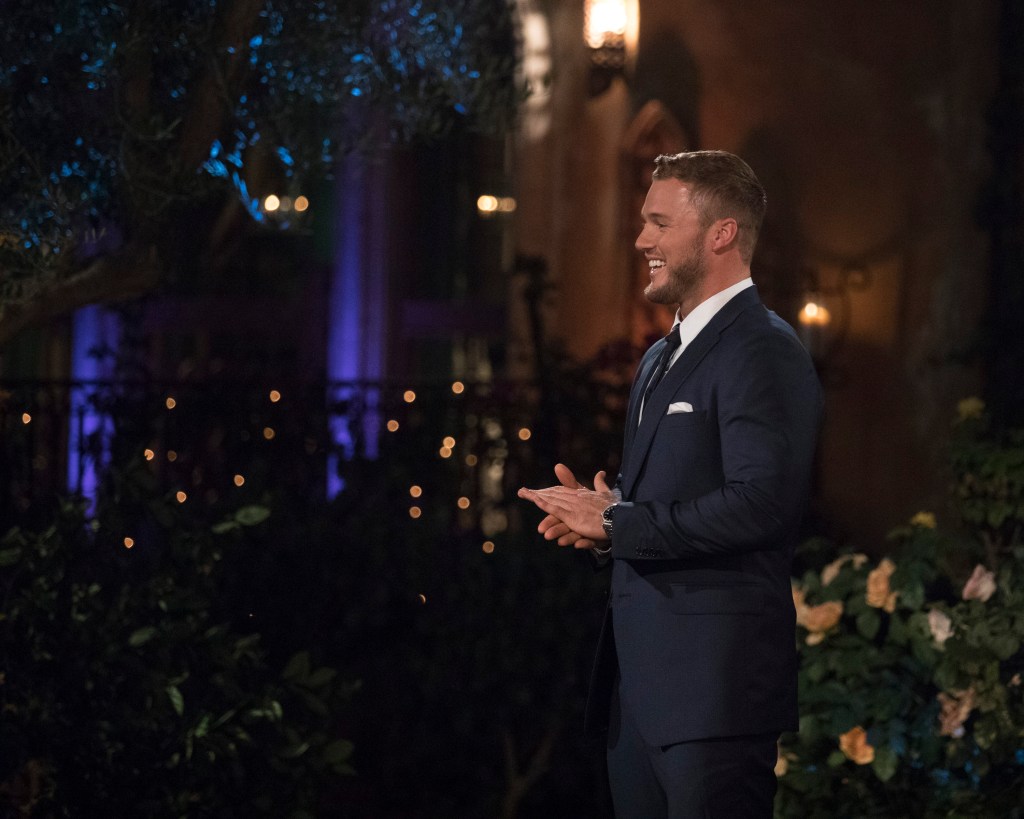 But Hannah B.’s feelings surrounding virginity go much deeper than that. We discovered in episode two that she has a complicated history with sexuality. The pageant queen admitted to the feeling of always needing to be perfect. Couple that with the fact that she broke a promise she made to herself to remain a virgin until marriage, and you get a 23-year-old woman consumed with guilt. It was in that moment of hearing Hannah B. emotionally discuss the shame over her past that I realized Underwood wasn’t the only stereotypical virgin cast in The Bachelor  Suddenly, I wasn’t watching Hannah B.—I was watching Grace from The Secret Life of the American Teenager who believed her loss of virginity caused her father’s death. I was watching April Kepner from Grey’s Anatomy who said Jesus hated her after she had casual sex with a fellow doctor. I was watching Jane from Jane The Virgin who couldn’t fully embrace herself post-virginity, even though it was with her husband (like she’d always planned).

Creators, studios and networks love to stress the fact that a character hasn’t had sex. At what point does this trope become overdone?

As someone who’s watched these virginity tropes play out onscreen, I’m not asking why these characters are virgins. I’m asking why we, as an audience, are expected to care so much that they’re virgins. Creators, studios and networks love to stress the fact that a character hasn’t had sex. At what point does this trope become overdone? In most of the above examples, the audience watched the female character lose her virginity, regret it afterward and then partake in a singular journey fueled by (and only by) her recent sexual experience. Jane the Virgin (thankfully) is more well-written and nuanced, but still begs the question: Would the show exist if Jane was a man? 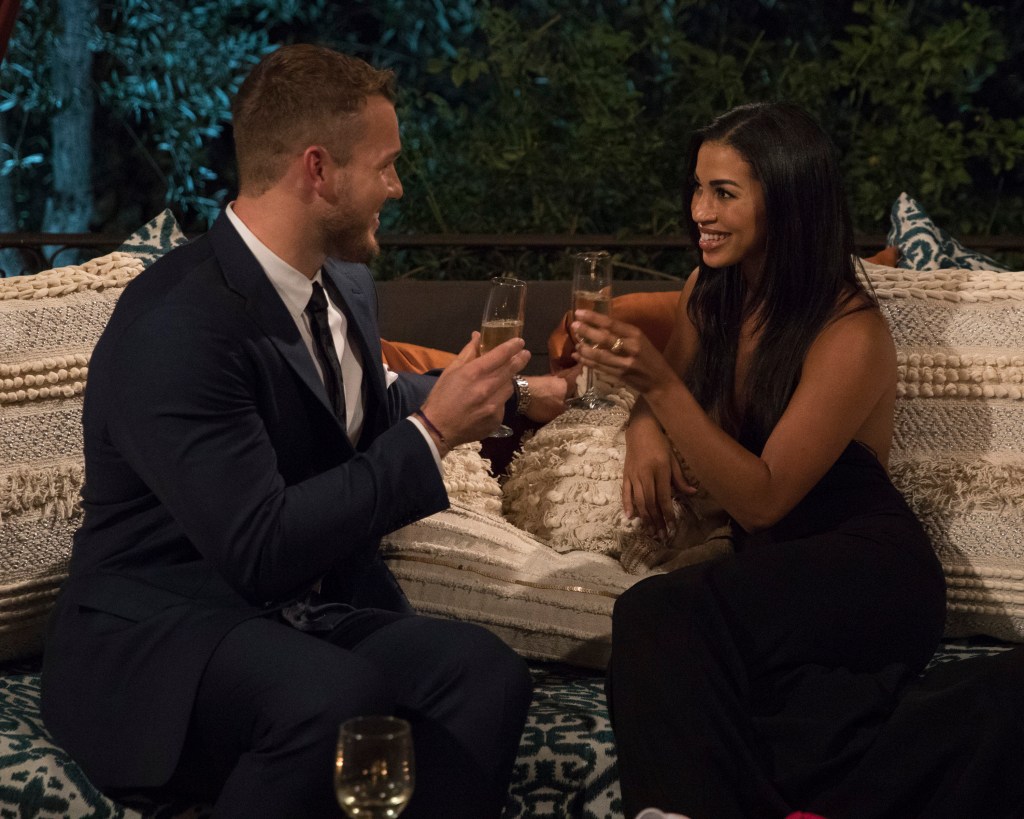 The double standard between men and women becomes heightened when discussing sexuality. Virgin Envy co-editor Cristina Santos is somewhat of an expert on why female and male virgins are treated differently. “I don’t want to use universalism, but let’s say that most cases from a North American context, you still get the view of valuing female virginity as purity, whereas the viewing of male virginity [is seen] as [he is] not yet a man,” she told Broadly. “The virility side of that discussion—that a man who loses his virginity is a positive thing—does not have to be within the confines of marriage.”

I’d much rather watch a show about a multi-dimensional person who happens to be a virgin, has sex and doesn’t let it change their identity.

How many times has Colton felt the need to convince this season’s contestants that he’s ready to find love? There were more than 15 mentions of his virginity in the season premiere alone. “Hopefully after this, they know me for much more than just being a virgin,” Underwood told The Hollywood Reporter. But how is that realistic when ABC is blatantly exploiting his virginity in a way that hardly feels exploitive because of how common virgin tropes are in popular culture? There’s nothing wrong with a person’s sexual experience (or lack thereof) being part of their storyline. But should it really be the main focus? Someone’s virginity doesn’t define them, and I’d much rather watch a show about a multi-dimensional person who happens to be a virgin, has sex and doesn’t let it change their identity. That to me is interesting. That to me is, dare I say, more true to life.