That’s it, Bachelor Nation. After watching Matt James go on dates, fall in love and kiss with his eyes open for more than two months, we finally know how his journey ends. I had a bad feeling going into last night’s finale and After the Final Rose special. I’d been rooting for Michelle ever since she and Matt had their first one-on-one date in a hot air balloon. I’m pretty sure that was the first glimpse we got of Matt’s actual personality, and it was all because of Michelle! Their chemistry was through the roof—literally.

Then there’s Rachael. It was clear that she was Matt’s favorite at the start of the episode. He already told her that he was falling in love with her last week. Way to ruin the element of surprise, Matt. Not all of us read the spoilers, you know! But, it was hard for me to fully enjoy their romance with the looming cloud of her recent controversy. Are they cute? Sure. Does she love him? Probably? Do I want to see them together? Nah. Matt already said in his statement that seeing the photos of little southern peach Rachael at an Antebellum-themed plantation party was “devastating” and “heartbreaking.” That doesn’t sound like something someone still with their maybe fiancée would say, now does it?

With all of that in mind, it didn’t seem like Matt’s journey was going to end well. Poor Michelle was already out of the question even though she had the sweetest meeting with Matt’s mom and brother. Even though she bought them matching “Mr.” and “Mrs.” jerseys. Even though she truly loved Matt. It wasn’t surprising when Matt told her that he doesn’t think he could “get there” with her, which is Bachelor lingo for “it’s not you, it’s me.” She left in tears but ultimately got her closure on ATFR when she got the last word. She even left Matt with a piece of advice: “I hope you move on with kissing with your eyes closed. I hope you come up with more phrases than just, ‘Thanks for sharing.'” Tell him, Michelle. 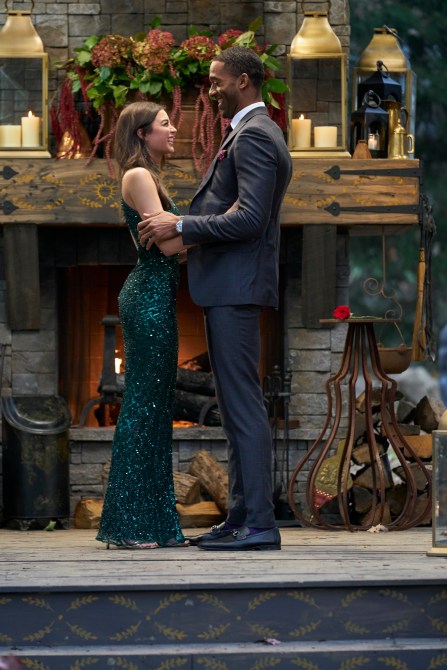 Rachael’s trajectory throughout the episode wasn’t as simple. After Matt’s conversation with his mom, he began to doubt if he was ready to propose. OK, can I just say something? MATT IS NOT READY TO PROPOSE. Thanks, I just needed to get that off my chest. But, seriously. Watching him grapple with his family trauma and fears of becoming his dad shows that he still has a lot of work to do on himself before he commits his life to another person. Rachael is also not ready to be engaged. She’s a bit immature (hence the racist photos).

Unfortunately for Matt, figuring out you don’t want to get engaged while filming the finale of The Bachelor is probably the worst timing ever. Rachael was rightfully nervous walking into what could be her proposal or what could be her breakup. After making one final declaration of love, Matt took her out of her misery and said that he couldn’t propose, but that he didn’t want to lose her either. He actually wants to get to know her before dropping down on one knee. What a revolutionary concept.

Rachael and Matt literally rode off in a horse and carriage, but their bliss didn’t last long. We quickly watched them sit down with host Emmanuel Acho (who did a great job at hosting, by the way) individually and together. Matt got the chance to explain the pressure he felt being the first Black bachelor.

“As a Black person, there’s an extra level of scrutiny when you’re the first of something,” he told Acho. “You want to make sure that you’re on your best behavior in terms of how you’re speaking, how you present yourself. Because, for a lot of people, that was the first time having someone like myself in their home.” The honest conversation about race between two Black men during a Bachelor special on ABC felt extremely profound. It was a big moment for the franchise, and dare I say America? 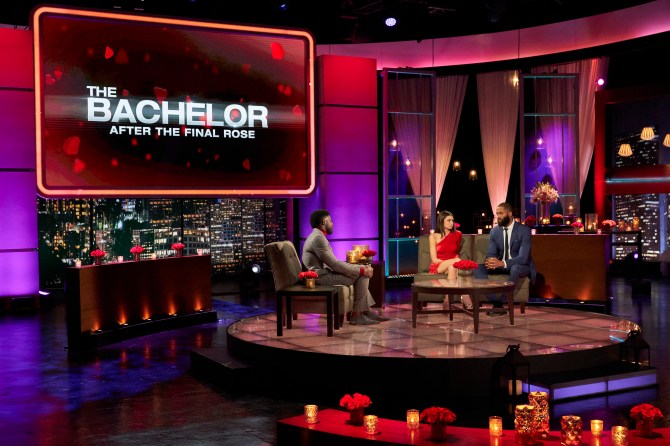 Of course, we were all waiting to discover if Matt and Rachael are still together. Well, they’re not. Rachael’s past actions and, more importantly, not initially understanding how those actions are racist was a dealbreaker for Matt. You could see the pain on his face as Rachael cried next to him. “When I questioned our relationship, it was in the context of you not fully understanding my Blackness and what it means to be a Black man in America,” he said. “And what it would mean for our kids when I saw those things that were floating around the internet. And it broke my heart, because this is the last conversation I thought we’d be having.”

There’s a moment where Acho gave them a chance to “share one final embrace,” but neither of them moves. It’s awkward and tense. As difficult as it was to watch, I felt proud of Matt for having that boundary with Rachael. Despite her apologies, seeing those photos hurt him and it’s understandable that he wouldn’t see her the same way after that.

Maybe ABC will remember that having contestants with racist pasts on their show is a very, very bad look.