It was the announcement heard ‘round Bachelor Nation: Matt James will be the next Bachelor. The North Carolina-bred former football star is a bonafide catch, but so are 90 percent of the reality show’s former leading men. (I saved that 10 percent for the problematic Arie Luyendyk Jr. and Juan Pablo Galavis, obviously.) What sets James apart is simple—he’s Black.

The history-making choice spurred article after article commending the franchise for finally acknowledging what we already knew: Black men are just as dateable as white men. James’ casting came three years after Rachel Lindsay, the first Black Bachelorette, graced our screens in 2017. The added racial diversity to the otherwise mostly cis, white, straight, able-bodied, thin, contestants is a welcome change, but only if it’s a genuine step toward inclusivity. However, if it’s merely a mechanism to generate more buzz by casting a racist contestant—well, that’s not taking a step forward. That’s taking two steps back. 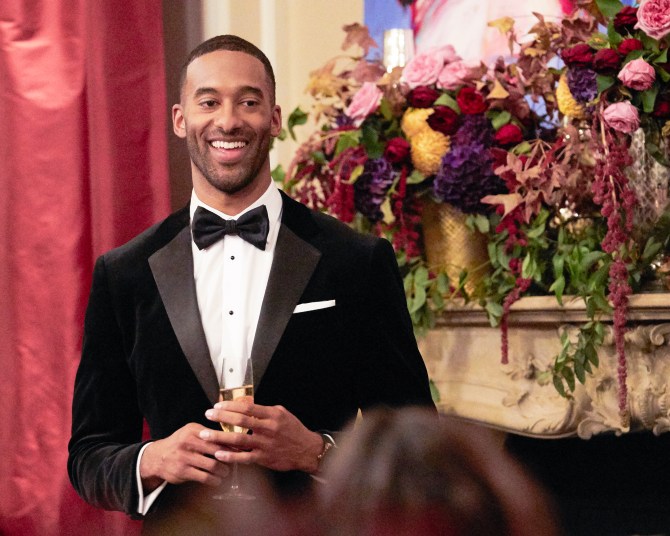 ABC doesn’t have the best track record with how it treats its Black leads. In case you’re new to the fandom (or just have a selective memory), let me remind you of the main controversy from Lindsay’s season. Lee Garrett, the “country boy from Nashville,” made a name for himself as the villain on The Bachelorette’s 13th season. What started as a casual argument between the men, took a hard turn toward racism when Garrett was accused of using racially charged words against Black contestant Kenny King. Garrett said King was being “aggressive,” which quickly heightened their disagreement, mostly due to the history of referring to Black men as aggressors.

Casting a racist contestant is not taking a step forward. That’s taking two steps back.

“When you call him ‘aggressive’ there is a long-standing history in this country of regarding Black men in America as aggressive to justify a lot of other things,” a fellow Black contestant, Will Gaskins, explained in an attempt to educate Garrett. That didn’t seem to register with him because he accused them of “playing the race card” and later took it further, saying, “I don’t understand the race card, but it got played apparently…Down South, we have a saying and it’s about people that have issues. We pray for them and I’ll pray for Kenny.”

Well, up North, we have a name for racists, and Garrett was quickly exposed as one. Tweets began to resurface from Garrett’s private Twitter account and it became clear that Garrett doesn’t like Black people, members of the LGBTQ+ community or liberal voters. Oh, and let’s not leave out feminists. I can’t forget about them! In one of his particularly damning tweets, Garrett wrote, “What’s the difference between the NAACP and the KKK? Wait for it…One has the sense of shame to cover their racist ass faces.” 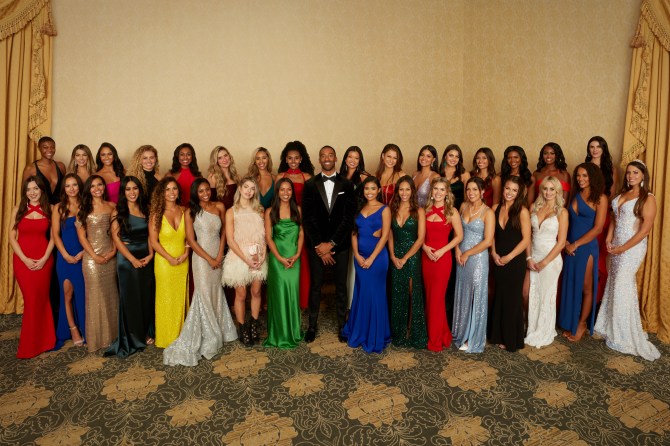 Just so we’re clear, equating the National Association for the Advancement of Colored People, which is a civil rights organization tasked with advocating for justice, to a white supremacist hate group is racist. Garrett is a racist and a misogynist, which brings up the glaringly obvious question: Why was he cast on The Bachelorette? And more importantly, why was he cast to date the first-ever Black lead in Bachelor Nation history of Bachelor Nation? Producers screen potential contestants extensively. They’re interviewed, background checked and even are seen by mental health professionals.

If fans can find old tweets, am I expected to believe that experienced producers who work at a national TV network can’t find them? Give Gen Z kids a name, a laptop, an hour, and I bet they could find them. Even if the racist tweets didn’t show up in a background check, I’m sure some sort of racist talk had to come up through the numerous interviews. You can take the country boy out of Tennessee, but you can’t take…you get what I’m implying. So, the only reasonable option is that producers knew about Garrett’s beliefs and cast him as the villain before the season even aired. And, that’s where the problem arises.

If ABC lets a racist on the show again then they won’t just be failing me—they’ll be failing America.

On January 4, James will begin his journey to find love. And if you’ve ever seen one episode of The Bachelor then you know not everyone will be there “for the right reasons.” There will be women who aren’t kind or honest. That’s fine. You can’t root for everyone. That’s part of the game—part of the drama. I expect there to be a “villain,” but I don’t want that “villain” to be racist. If James’ season has the same type of “drama” that Lindsay’s season had, then that means ABC isn’t devoted to diversity; they’re committed to cheap attempts at stirring up unnecessary controversy. It’s not right to cast someone who supports racist ideology just so they will clash with other contestants and ultimately, the lead. I’ll take it a step further and call it hurtful. It would be hurtful to every Black person watching and it would be hurtful to James. 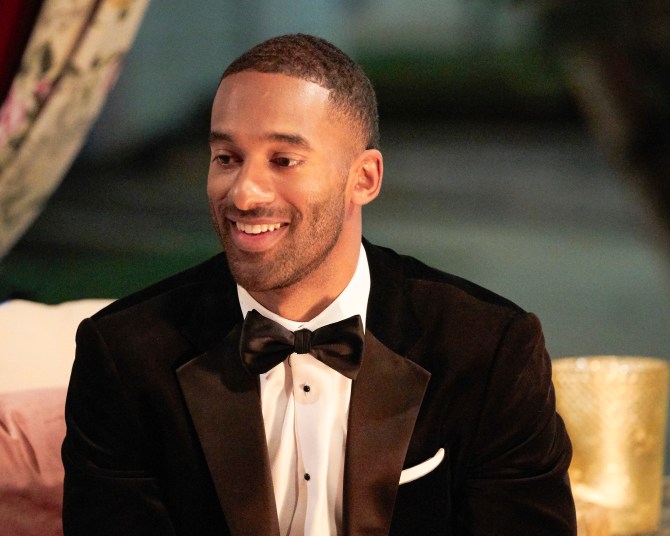 I, a Black woman, am excited to watch this season of The Bachelor. I’ve watched it on and off since high school, but I’ve loved watching Tayshia Adams’ season. I’ve loved the deep conversations surrounding Black Lives Matter and family and I’ve also loved the shirtless guys and the fun dates. It’s been deep, light-hearted, and I’ll admit that it’s been affirming to watch a mixed woman being pursued by a group of mostly reputable men. There were definitely a few bad apples in Adams’ season (sorry, Noah, but you were kind of the worst).

In all seriousness, if there was a man in the group who had a problem with Tayshia’s skin color, that would hurt. That would tell me, and the millions of people in Bachelor Nation, that racism isn’t only alive and well, but that it’s not that big of a deal. Because if it was that big of a deal, producers wouldn’t let it air on TV. By giving a racist air time, it tells viewers that it’s worthwhile drama to watch. (They might as well have a banner on the TV reading, “Sip your wine and watch this racist contestant battle it out with decent human beings). That would be deplorable because racism isn’t entertainment. It’s hateful.

I am rooting for James to find love. I want to watch him go on dates with a diverse group of wonderful women. I want to watch them flirt at cocktail parties, engage in reality show antics and experience all the emotions that go along with falling for someone. But, I won’t watch if one of those women is racist. I can’t be complicit in the idea that racism is fodder for a cliffhanger in a pathetic attempt to gain viewers. I am a Bachelor fan and I am a Black woman. If ABC lets a racist on the show again then they won’t just be failing me—they’ll be failing America.

The Bachelor airs Mondays on ABC at 8 p.m.