Matt James continues his journey to find love on season 25 episode 6 of The Bachelor and I continue to sit and watch in awe of the producer manipulation this season. First, we had the second round of women join in on week four and now we have Heather from Colton’s season dropping in on week six. Not to mention all the infighting between the women that certainly was sparked by producers as well. Let’s dive in.

We start where we left off last week: MJ and Jessenia going at it on the couch with a rose tray on the coffee table. Matt walks in and speaks to each of them separately. It really does seem like MJ is in the wrong here and she’s just pissed Jessenia outed her bullying to Matt. We already know Matt doesn’t stand for that nonsense and MJ is freaking out because she knows she’s guilty of it.

The best part of this fight was Jessenia calling MJ by her real name, “Meredith” in the most condescending tone I think I’ve ever heard on this show. It was pretty incredible.

The amount of infighting this season is honestly not as entertaining as it should be. The women have just been nasty to each other and it’s giving me flashbacks to my high school bullies, something no one wants to relive.

The Bachelor is at its best when somehow, through it all, you’re actually kind of rooting for the villain. She’s condescending, but not a straight-up bully. She doesn’t actually care too much about what the other women think. She’s solely focused on her connection with the lead, even if that means getting the other women out of the way. The best Bachelor villain is a Corrine-type: Confident, gorgeous and intimidating, with major BIP potential.

In the end, Matt sends MJ home and Jessenia stays, although I wouldn’t have minded if Matt booted her as well. Hey Matt, you don’t have to play by the rules if you don’t want to! Just because there’s a rose to be handed out doesn’t mean it should be.

Matt tells the women via Chris Harrison there will be no cocktail party tonight and they’ll be going straight to the rose ceremony. Women start freaking out, and it’s the most panicked of them that get sent home. I mean, they were panicking for a reason.

We say goodbye to sweet, sweet Magi, although I’m really hoping we see her in paradise this summer. Brittany and Ryan also leave the chateaux and I’m not too upset to see them go.

Back at the house, insecure Serena C decides to blame the loss of the cocktail party on Katie. I’m sorry, but what an idiot. Yes, Katie brought the toxic bullying that was going on in the house to Matt’s attention, but it was Matt’s decision to send hoe, in my opinion, the worst women in the house, who also happened to be Serena C’s BFFs.

Serena mouths off about Katie’s “antics” and doesn’t actually have much of an argument. The women end up in a screaming match over nothing, and Katie finally ends it all with a terse, “thank you for your feedback.” The whole thing is hard to watch and I’m ready for Serena to go home.

And now, the moment we’ve all been waiting for (I guess?): Heather Martin has arrived at Nemacolin in a very ugly minivan. Everyone’s acting like it’s a total shock that she’s here! She just *needs* to meet Matt before he gets engaged! What a risk-taker! What a romantic!

Which we all know is BS. She was invited to the set to shake things up and try to throw Matt and the women for a loop. But I have a feeling it won’t work. We’re about halfway through the process now, and Matt has genuine connections with a lot of the women. He’s not going to just drop everything for this girl he’s never even met before. 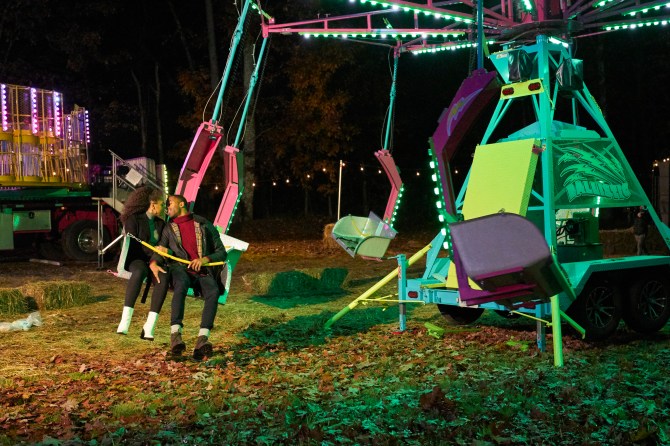 Back to the good stuff. Pieper gets the first one-on-one date, and Matt brings her to a private little carnival set up, aka my dream date. These two have some serious natural chemistry. Matt can’t stop smiling when he’s with her and they are always all over each other when they get the chance to be. But in a cute way, not in a vom way.

Pieper gets vulnerable. Pieper gets the rose. All is well in Bachelor land.

Back at the house, the group date card arrives with everyone’s name on it except Katie, who, by default, gets the second one-on-one date.

The group date activity is bowling and everyone seems to be having a good time just playing for fun, without any producer manufactured competition… until Chris Harrison shows up. He splits the girls into two teams and tells them the losing team doesn’t get to go to the group date after-party.

A competition like this at week six is just mean. All the women deserve to get that alone time with Matt, even if it is just 10 minutes. Kit said it best: Matt is looking for a wife, not a professional bowler. 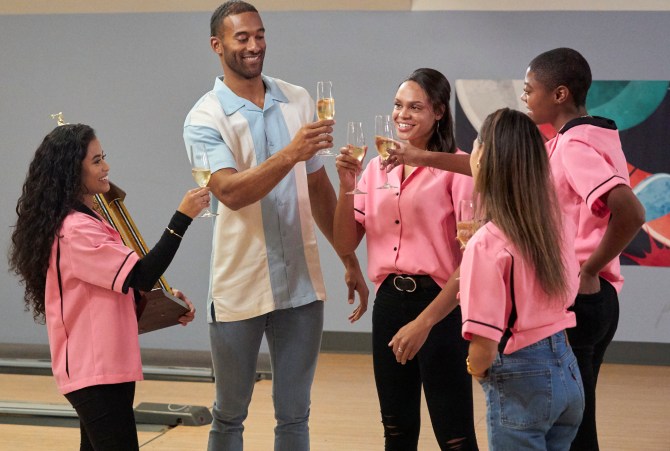 The pink team wins and the blue team goes home to sulk. Thankfully, Matt comes to his senses and realizes he can make his own rules, and invites the rest of the women back to the after-party.

Matt, I need you to hear me on this one. Stop letting the producers dictate your show!! Because yes, this is YOUR SHOW. You are The Bachelor on a show called The Bachelor. Grow some balls and get with the program, dude.

Michelle gets the group date rose and I’m officially getting kind of bored. Enter: Tyler C.

Tyler stops by to give some advice to his BFF and later, to show off his literal perfect body. God, this man is so hot. Sorry, I’ll stop drooling now. 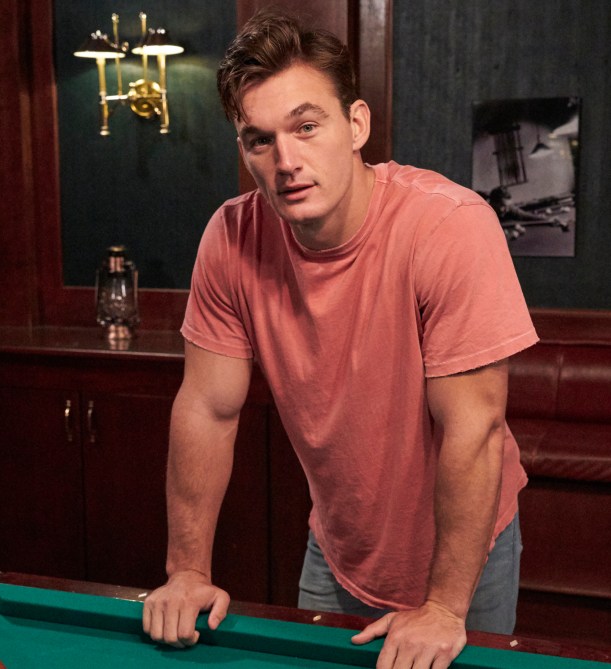 Matt takes Katie to the one-on-one activity and, honestly, she scored the best date. The two of them giggling as they pranked Tyler during his massage breathed some life into the show that this episode needed. And the masseuse played along very well as they told her to do some serious ridiculous things, like a little nipple play.

I legitimately LOLed the entire time, and it was obvious Tyler had no idea what was going on. Every time the masseuse pushed his head back into the massage table head hole I lost my sh*t.

After the hilarity, Matt and Katie get serious at dinner. I love Katie as a person, but with Matt, I’m not really feeling it. They don’t have any obvious chemistry and they seem like they’d be better friends than romantic partners. Katie’s speech to him about how she admires him and his character wasn’t very romantic, and I could tell she wouldn’t be getting that rose.

Sure enough, Matt tells her he’s feeling it more with the other women and sends her home. I have a good feeling we’ll be seeing Katie again in Paradise, probably alongside Victoria. Whew, that’ll be… fun.

We end the episode at the cocktail party. Everything is going great, the women are getting their time with Matt and, after a little trouble with the revolving door, in walks Heather. She bypasses all of the women and struts right up to Matt who starts chuckling as soon as he sees her. But will he keep her around?? We’ll have to wait until next week to find out!