The best part of season 25 episode 5 of The Bachelor? Watching Victoria make an extremely ungrateful exit and walk out of our lives forever. I couldn’t be more grateful. Of course, the episode also had its usual drama of insecure girls, tears, a confession of vulnerability and plenty of make outs. Let’s get into it.

Our episode begins with Matt lecturing the women on how to not be a mean girl and how being bitches is not the way to his heart. We’re looking at you Anna and Victoria. Matt takes Anna aside and sends her home for starting the escort rumor about Brittany. Anna seems to realize she’s in the wrong and admits “I’m really disappointed in myself.”

Now that the women know Matt is not down for this “OGs versus new girls” crap, they all start apologizing to cover their asses. And it’s hilarious. “I’m sorry I took your crown,” Victoria tells Catalina. “It was just silly, it was never malicious.” You’re about a week too late, Victoria.

Matt and Victoria’s conversation does not go well, and Victoria, realizing she’s probably going home, seems to have a panic attack. I have no sympathy for this woman. Plus, it’s the fifth week and she still hasn’t gotten her hands on a pair of sticky boobs. You’ve dug your own grave, girl.

Victoria gets sent home at the rose ceremony along with Catalina, Mari and Lauren. Victoria makes a very ungracious exit and I’m sure I saw Matt breathe a sigh of relief as she walked out the door.

The first date card arrives and it goes to Rachael. I saw a video on TikTok the other day that uncovered Rachael’s pretty racist past behavior on social media, so I’m curious to see how this goes. I was rooting for her before the video but now… not so much. Plus, I wanted Pieper to get that one-on-one, they seem to have a really strong connection. 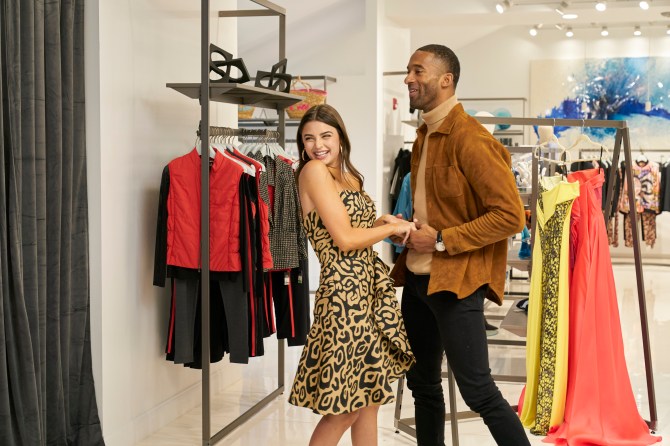 Rachael gets the coveted shopping date, which was cute but didn’t have much substance. The only thing I want to talk about from that date is the blazer Matt tried on that looked like it had a corset detail? Bachelor producers, let’s leave the avant-garde fashion to Harry Styles from now on, please.

Rachael comes home with 15 shopping bags, all empty I’m sure. The other women are extremely jealous, which is the whole point of the shopping date, right? I was just surprised it wasn’t sponsored by Revolve.

The next date card arrives, a group date with everyone except Kit, who, by process of elimination, is getting this week’s second one-on-one. Not sure how I feel about that, but we’ll get to it later. And when is Pieper going to get her well-deserved one-on-one? Hopefully producers are saving the best for last-ish, now that all the big contenders have gotten significant time with Matt.

Back at Rachael’s one-on-one, Matt tells her “you’re never the first girl to run up to me,” and that intrigues him, proof that guys love a girl that plays hard-to-get. Rachael gets her rose and they make out. Fun. 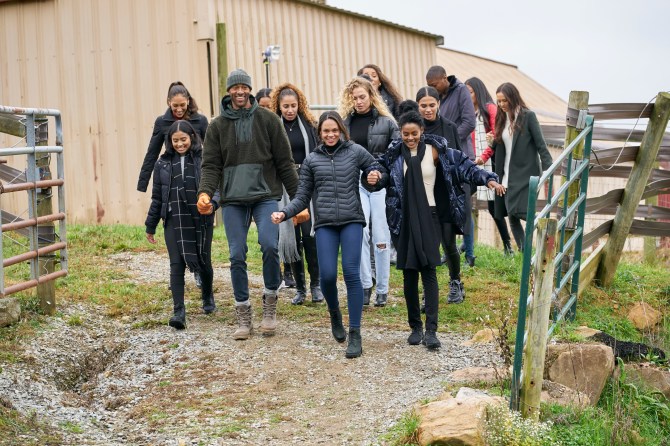 Onto the group date! The women and Matt arrive at a farm where they’re told today’s date will consist of them literally cleaning out this farm. It’s quite the contrast to Rachael’s shopping date and was definitely done on purpose. Those producers are master emotional manipulators, let me tell you.

MJ is getting very heated on this date and is trying to find a way to get Matt to notice her. She pretends to be scared of the chickens so she can run into Matt’s arms. They play a little game of egg toss, and when MJ tries to chase Matt with her egged-up hands, she literally chases him into Pieper’s arms. They make out for a while and I love to see it. I’m not an MJ fan. 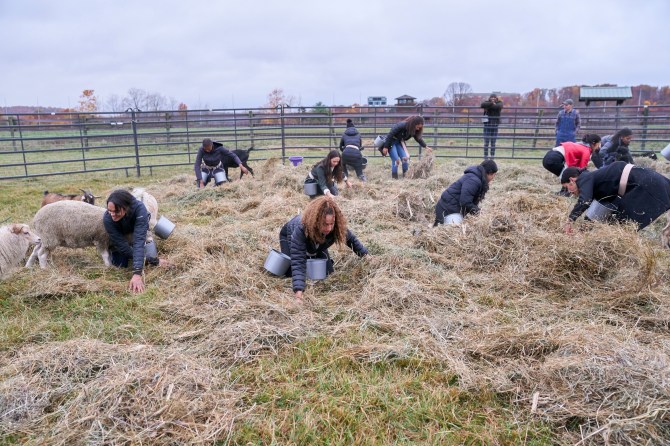 On the other side of the farm, Michelle starts to panic about her relationship with Matt. I would not have pegged her for being insecure, but it does make sense given her first real interaction with him was on a one-on-one. She never had to “wait for her turn” like the other girls did and the whole situation is throwing her for a loop.

Abigail is also experiencing some ~emotions~ and says she has to talk some things out with Matt. She gets vulnerable, revealing her dad walked out on her family because of her and her sister’s deafness and that her child will probably be deaf as well. Matt takes it all in stride and assures her he thinks her baggage is what makes her special. Cute. Team Abigail.

Michelle also reveals her insecurities and Matt reassures her they have a strong connection and he’s still into her. Cute. Team Michelle.

Matt then speaks to MJ about some of the house drama and her role in the bullying. MJ flips and deflects. Not exactly a sign of innocence. Not cute. Not Team MJ.

MJ confronts the group to see who ratted her out to Matt and turns out, it’s Jessenia who spilled the beans about MJ’s “varsity versus JV” comment. Jessenia is clearly just doing this to get some screen time because I literally forgot she was still around, and while I hate a tattle-tale, I might hate MJ more. She’s coming off as super aggressive and continually deflects when Jessenia brings up the truth of the situation. It’s exhausting to watch.

Thankfully, we move on from the group date and into Kit’s one-on-one. Kit talks about being a poor little rich girl and how being related to a famous person has made her put walls up. She literally uses the words “gold Bentley” to describe her life. I feel not one ounce of sympathy for this girl. Her entire life has been delivered to her on a silver platter and she could easily have an influencer career without this show. 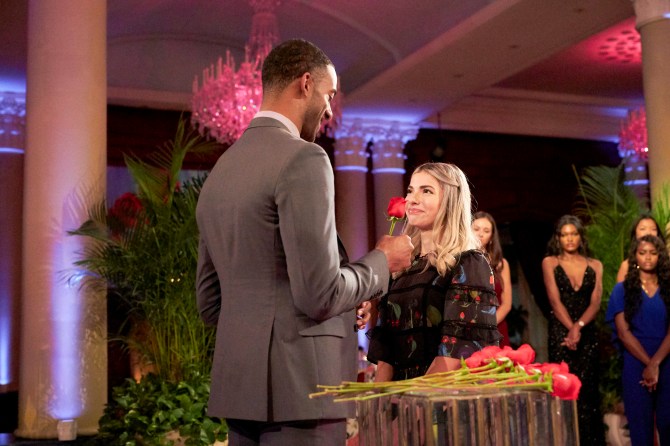 Kit and Matt make cookies together and they really don’t seem to have much chemistry. Their conversation flows, but I’m just not seeing the same sparks I’ve seen with Michelle, Bri, Abigail and Pieper.

Kit laments that she’s never had a romantic partner as respectful and decent as Matt, and I’m thinking that’s because she’s 21 and has only dated trust fund babies. Kit’s on borrowed time here.

The next day, the women are getting ready for the cocktail party and rose ceremony when MJ and Jessenia are summoned to the party early to talk about the mess they’ve made. As soon as they arrive at the party, they get into it with each other.

MJ is just obnoxious and aggressive. Jessenia doesn’t know how to argue. A match made in heaven. And the episode ends as Matt walks in and sits down with the women. To be continued…