Last night was a meaty episode of The Bachelor. We had two successful one-on-one days, a very competitive group date, infighting, tattle-telling and even a fainting moment at the end of the episode. Ingredients for an entertaining episode indeed. Let’s dive in.

We start the episode off with a cold open at the rose ceremony. We see Sarah in the back corner start to breathe heavily and leave the set. She’s about to faint. Fade to black. What a dramatic way to kick off episode two! I love to see it.

The fainting was a good tease, but I’m ready to get into the good stuff, like the classic Bachelor shower scene, much appreciated this season thanks to Matt’s incredible body (sorry Pilot Pete, thank you, next). Chelsea makes a toast to the “Matt-eau” and I chuckled. Good one, Chelsea. She reads off the date card to reveal Bri gets the first one-on-one date.

Before we actually get to see the date, there’s an annoying little back and forth about the girls being happy for Bri, which Victoria does not buy one bit and lets her opinion be known. Here’s my thing. Of course, they’re not actually happy for Bri, but as Jessenia so eloquently puts it, “I’m not the type to dump any of my baggage on anyone.” To which Victoria replies, “I’m not jealous, but like I want that.” Honey, that’s called jealousy.  But why must Victoria jump down the other girls’ throats like this? It’s annoying and she comes off looking petty.

Bri is a strong contender. I actually remembered her from last week, which means she got a lot of screen time and Matt is really interested in her. She’s gorgeous, so I don’t blame him. 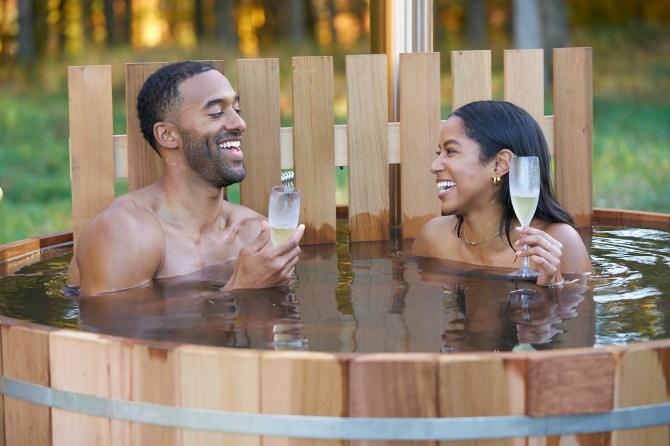 What’s in store for our first one-on-one? An ATV date followed by a fire-heated hot tub! This is a major step up from the motor scooters at La Quinta Resort & Spa. Bri and Matt drive around in the mud and when they eventually flip off the ATV, Matt’s first reaction is to apologize to Bri’s mom for putting her in a precarious situation. That is some husband-material sh*t.

Bri and Matt have some serious chemistry and coming from broken families, they know they want a big one of their own. Cute. To no one’s surprise, Bri gets the rose and the kiss under the fireworks.

Back to at the house, Victoria lets us know she does not want to be on a group date because she feels like she can’t be her “authentic self” in a group setting. If this isn’t her authentic self, I scared to see what that looks like.

I’m honestly confused by the way Victoria lashes out at the other girls. She comes off whiny and petty like she’s trying to create drama for drama’s sake and of course, camera time.

I do get Corinne from Nick’s season vibes in the way she tries to act like she’s the best, prettiest, most deserving woman in the room, but she just can’t quite pull off the villain title like Corinne could. Corinne genuinely didn’t care what the other girls thought of her, but Victoria seems to care a lot, despite what she tells the camera. Corinne charmed Nick, but Matt doesn’t seem very enthused by Victoria’s antics. Corinne was gorgeous. Victoria looks like a mess. But, I digress.

The group date begins with a classic Bachelor faux wedding photoshoot with a twist: Only half of the girls got their photo time with Matt. Victoria made the most of hers by walking into another girl’s shot then slobbering all over Matt’s mouth. Watching them kiss makes me want to die. She is trying so hard to shove her tongue in there and he is not having it.

After Victoria’s messy AF photoshoot, it’s announced that the girls are going to have to literally fight for Matt’s heart with a game of capture the flag/heart. And now I’m getting PTSD flashbacks to my very all-girl summer camp’s (extremely competitive) capture the flag day. Traumatizing. 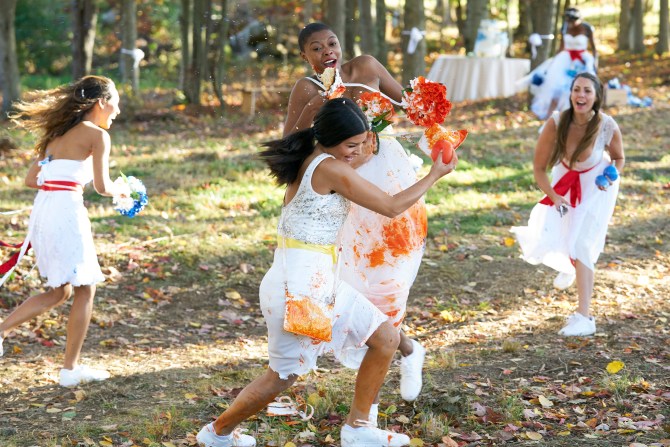 Somehow there’s paint involved in this version of capture the flag and I’m not quite sure of the actual rules, but the red team wins extra time with Matt and the gold team has to walk home into the sunset in their dirty wedding dresses. Sad. The best part of the date was when Victoria used the word “gestures” instead of “jesters.” She’s no Queen, just a fool.

The winning team cleans up for the after-party, and Victoria immediately begins to unload her insecurities onto Matt. That is NOT how you land the guy, Victoria. Be confident! And don’t tell a man on the second date that you’re worried you look fat in your outfit. Not cute.

In the end, Khaylah, the woman who spoke about her relationship with God, gets the rose and no one is surprised. Bachelor girls love a good Bible verse in their Instagram bios!

Sarah gets the second one-on-one and I’m happy for her. No, really guys, I am!! I definitely remember her from last week and I excited to see how she meshes with Matt.

The Bachelor must have had double the budget of The Bachelorette because we’re only on one-on-one number two, and we’re getting an open-air plan ride. All I could think of the entire time was poor Sarah’s hair whipping in the wind. I hope they had a stylist ready and waiting for her back on the ground. 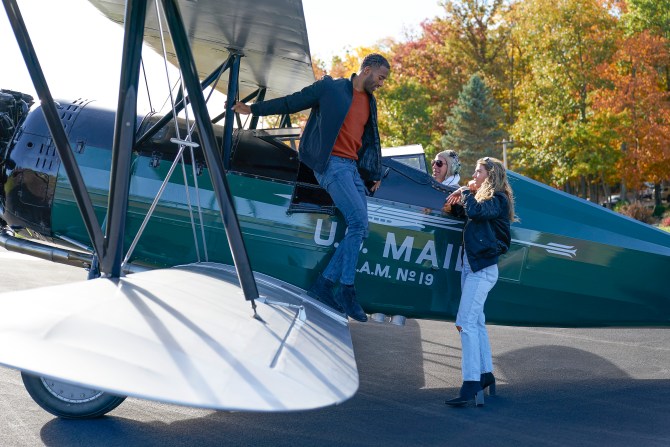 I love when they have dates like this and they fly right over the rest of the girls just to show them what they’re missing. It’s petty and amazing.

Matt and Sarah definitely have chemistry, and I see her going far on this love journey. She eloquently tells him about her life as a caregiver for her dad, and he truly seems in awe of her. He tells her “it’s an honor” that she chose to come on this journey with him instead of being home with her family. Matt, seriously, you are the best Bachelor we’ve had in a while. Producers, take note!! This is how a real man acts. *cough, Nick, Colton, Arie, Pete, cough*

Anyway! Onto the cocktail party and rose ceremony. Matt sits down with Abigail first and they come up with a little secret signal to let each other know they’re thinking about each other. CUTE!!

Marylynn is up next and Matt somehow remembers her favorite flower and pulls out a vase of orchids from behind the couch. I smell a producer plant. They definitely saw the tension in the house between Marylynn and Victoria and this gesture from Matt was the push Victoria needed to stir up the drama and talk some shit. 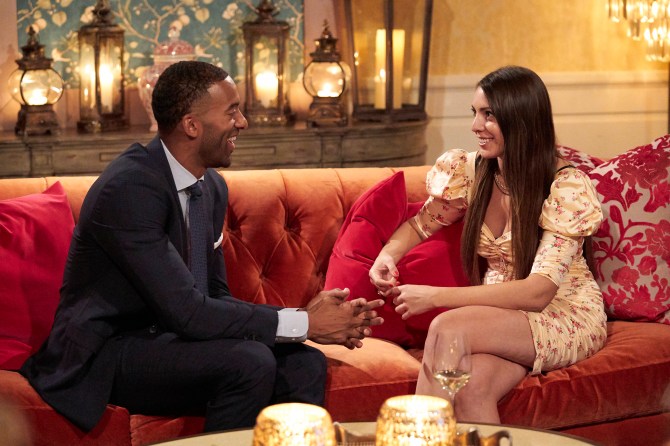 Clearly, something went down between Victoria and Marylynn, but whatever it was, Victoria deserved it. She sucks. And she needs to get a better bra for that dress. Come on, girl, you’re on national television, invest in some sticky boobs! I don’t know if the bra is more embarrassing or watching her make out with Matt. He clearly does not want to give her that kiss she asked for and when he does she takes it to the next level with some serious tongue action. I’m grossed out and it looks like Matt is too.

Watching Victoria try to defend herself is like watching my dog try and chase his tail. He just goes around in circles until he finds another object to entertain himself with. We’re being told by producers she’s the villain of the season, but she’s just sad and annoying. Especially because of how obvious it is that Matt is not into her.

The drama seems unresolved as we go into the rose ceremony, but I’m sure Victoria will be around for another episode because the producers just can’t help themselves.

We get about halfway through the rose ceremony before we get the faint teased around the world. Sarah goes down and we’re left with a to be continued… until next week!