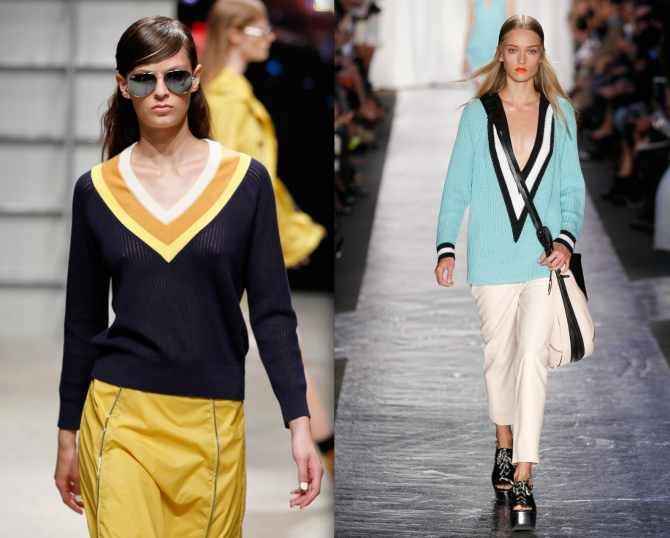 Rafael Nadal and Novak Djokovic weren’t the only tennis stars facing off in New York this week; Band of Outsiders (left) and Rag & Bone both walked vintage-inspired tennis sweaters down the runway as part of their Spring 2014 collections during New York Fashion Week.

MORE: Why You Should Know Spanish Label Delpozo

While Pantone already predicted which 10 colors would dominate the Spring runways, it seems uncanny that more than one designer would want to harken back to such a specific aesthetic. The V-neck sweaters tennis and cricket players donned in the 1950s and 1960s have a very distinct look, and both labels gave that trademark striped collar very different treatments.

MORE: Which Designer Had Better Bold Stripes at NYFW?

In keeping with Band of Outsiders designer Scott Sternberg’s love for all things preppy-cool, his brand’s iteration maintains a more traditional approach; Rag & Bone stays true to its downtown-hip aesthetic by presenting a modern version of the look with a super-deep plunging V-neck.

Which of the two approaches do you like better? Vote below!