The fusion of Hollywood and high fashion, obviously, isn’t new. It’s long been known that shrewd actresses, if they play their sartorial cards right, can end up with multi-million dollar fashion endorsements and—something that’s become increasingly important in recent years—land at the top of every best-dressed list from Vanity Fair to “Fashion Police.” However, it seems that now, fashion-savvy stars like Cate Blanchett are getting some serious competition from a new group of actresses who aren’t nearly as famous, and who are young enough to be her daughter.

Bella Thorne, Zendaya Coleman, Zoey Deutch, Victoria Justice, Willow Shields, Sami Gayle. It’s a safe bet that these names aren’t nearly as recognizable to most Americans over the age of 25 as, say, Blanchett, Jennifer Lawrence, or Rihanna, but to the fashion industry, they’re just as important. What’s especially interesting about these girls is the fact that they’re not quite as cerebral-seeming as the teenage actresses fashion has courted in the past (Elle Fanning, Hailee Steinfeld and Chloe Moretz) but rather star in kid-friendly TV shows on networks like Disney and Nickelodeon, or big-screen YA fare.

In recent months, this group of actresses has filled the front row at New York Fashion Week, and have walked red carpets wearing big-time labels like Valentino and Dior—all important aspects of being a young starlet in today’s world; a world where a Vogue cover is within reason for anyone famous, and a world where positive red carpet commentary is just as influential as a good movie review.

“When teen stars are interviewed, the media now asks them ‘what fashion brands do you like’? ‘Chanel, Dior, and Fendi’ are much more quotable answers than ‘Roxy and Delia’s,'” said Kristi McCormick, the founder of Matchbook Company, a casting agency for magazines and advertisers.

And while it might seem discordant for high-fashion labels to pay attention to Disney stars, it’s key to remember that most have rabid young fan-bases who are extremely active on social media, which—to labels—can mean gold.

“Social media numbers are driving fashion brands to [pay attention] to TV stars on Disney and Nickelodeon. Imagine introducing your brand to up to 10 million 12-year olds in one tweet?” said McCormick.

To wit, Bella Thorne—the stylish 16-year-old star of Disney’s “Shake it Up”—currently has 5.2 million Twitter followers, leaving other more mature fashion-minded actresses in the dust (Marion Cotillard has a mere 5,650 followers and has only tweeted 11 times, while stars like Blanchett, Elle Fanning, and Tilda Swinton aren’t on the social media site at all.) 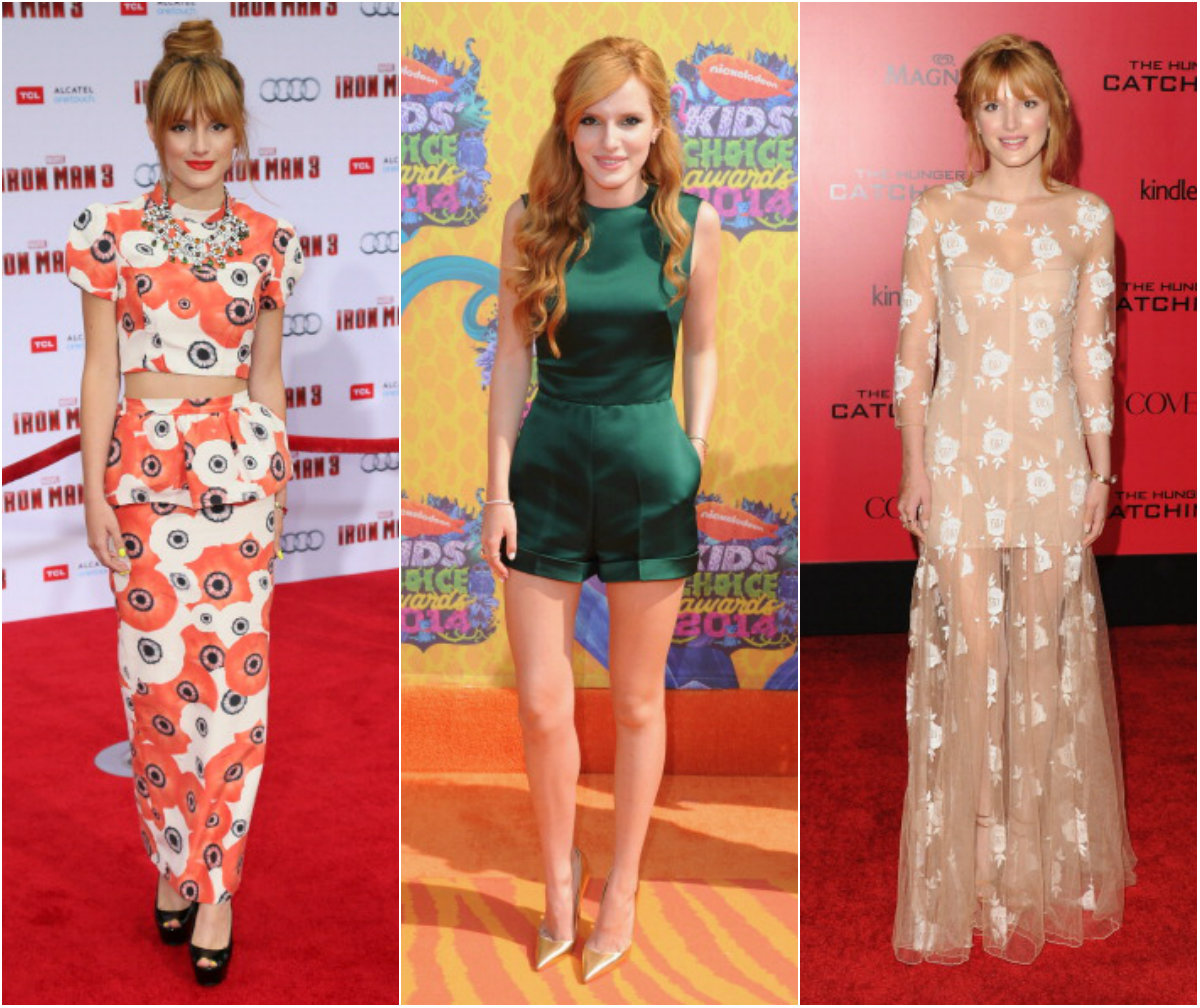 It’s definitely worth a brand’s while to try to capture the attention of these starlets, given the staggering purchasing power of today’s teenagers. According to a report published in 2012 by CQ Press, teenage American consumers spent $159 billion in 2011, and—according to experts—these numbers are only getting larger, with a greater emphasis on apparel. A 2013 Piper Jaffray market survey found that fashion makes up 40% of a teen’s budget, and that most exhibit deep brand loyalty, so it makes sense that labels would want to reach this important group early.

In all likelihood, Miu Miu was thrilled in 2012, when Thorne gushed about the label’s shoes to Teen Vogue. “I love Miu Miu shoes — they’re fabulous, I have so many pairs,” she said. For the uninitiated, Miu Miu shoes cost around $600 per pair.

Zoey Deutch—a 19-year-old virtual newcomer who was cast in last year’s boarding school bloodsucking flick “Vampire Academy” stunned on recent red carpets this year, showing up to events in Dior—a huge feat for a teenager with a thin resume—and worked fashion week like a pro, hitting up edgy shows like Cushnie et Ochs. 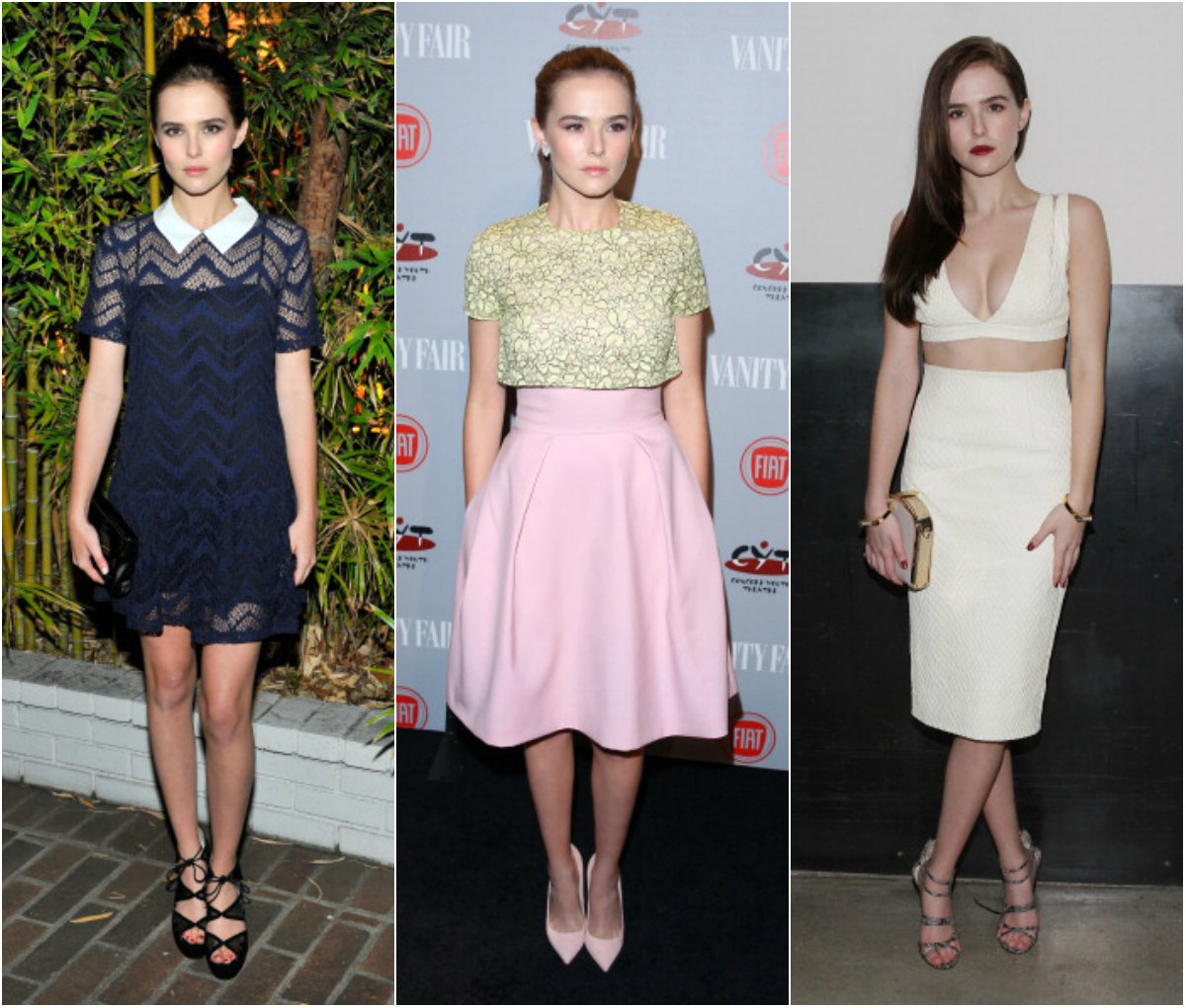 Deutsch also seems to understand the “look,” appearing more like a serious fashion “it” girl than a typical Hollywood starlet. In fact, it could be argued that a label like Dior might be keeping a close eye on her. It doesn’t seem terribly far-fetched that Deutch could land a “Hunger Games” type role in the future, putting her in line with someone like Jennifer Lawrence—who became a face of Dior after being cast in the young adult franchise.

“Fashion brands want to build relationships early with teen actresses, so as they grow in their careers, they will continue to work with the same fashion designers. As the brands start to dress a rising star, it’s almost immediate that endorsements follow,” said McCormick.

Zendaya Coleman, the bubbly 17-year-old singer, star of Disney’s “Shake it Up” and former “Dancing With the Stars” contestant is another one who managed to go from kid-friendly personality to rising fashion fixture in a short period of time, often putting a youthful spin on high-end pieces from Moschino, Oscar de la Renta, and Chanel.

Her biggest coup, however, came in March, when she filled in for Giuliana Rancic as the host of E!’s “Fashion Police,” and held her own remarkably well alongside fashion vets Joan Rivers and stylist George Kotsiopoulos. 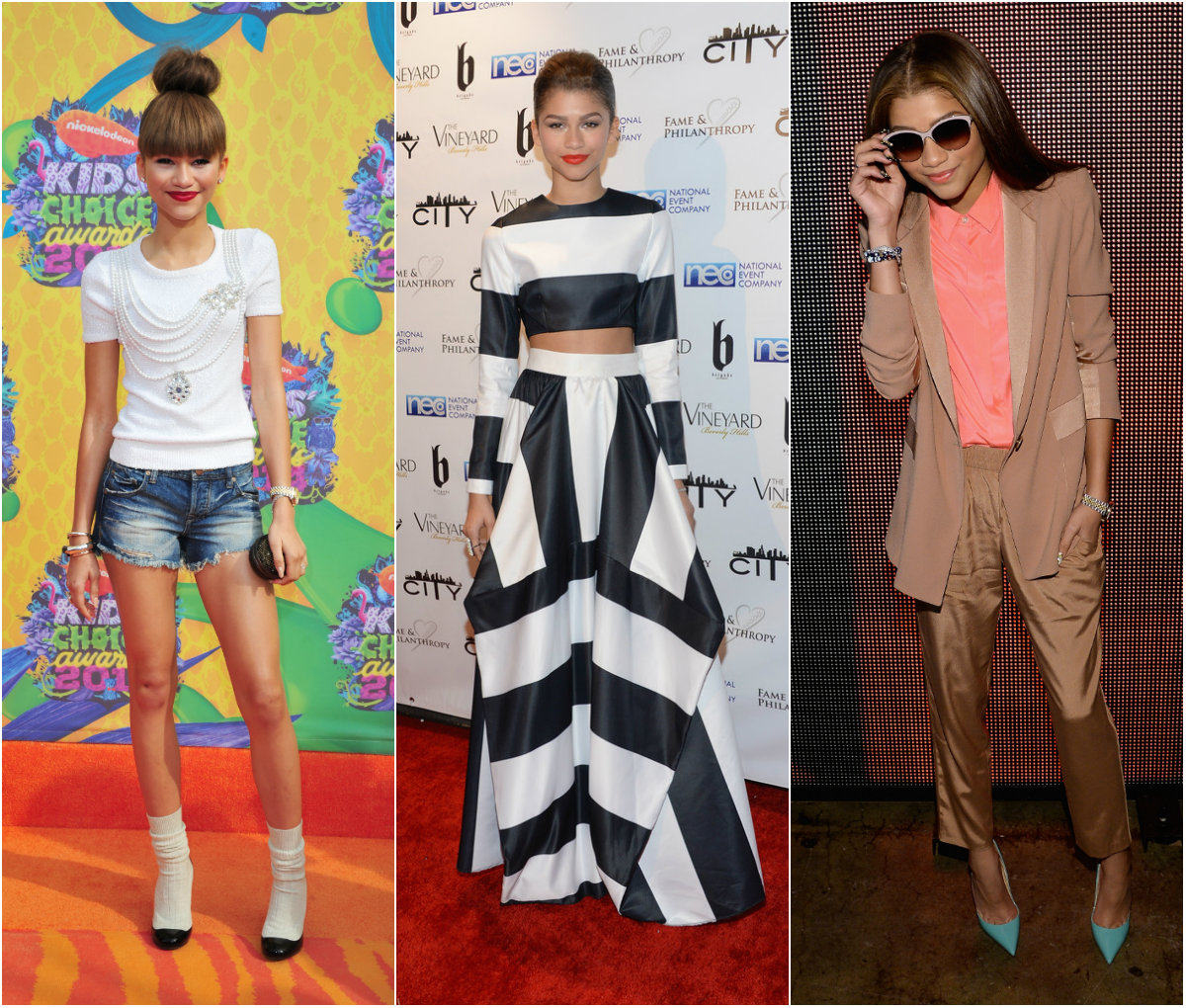 Being known as a serious fashion star has its benefits—designers clamoring to dress you, potential endorsements, and the simple win of being labeled “best-dressed”—but can it have an impact on these young women’s acting careers?

“Once a young actress starts appearing in couture and designer labels, the Hollywood community will think of the actress for more serious and sophisticated roles outside the world of Nickelodeon or Disney,” McCormick said.

If the past in any indication, teen stars who are bound to children’s networks and YA projects need to use every tool in their arsenal to have a career after their contracts end. Unlike Miley Cyrus—a Disney darling who caught Marc Jacobs‘ eye after she completely overhauled her wholesome image—it appears this new breed of teen stars are gravitating toward high-fashion early in the hopes that it will help with that transition, a plan that—judging by the way the industry is recipocating—might just work.