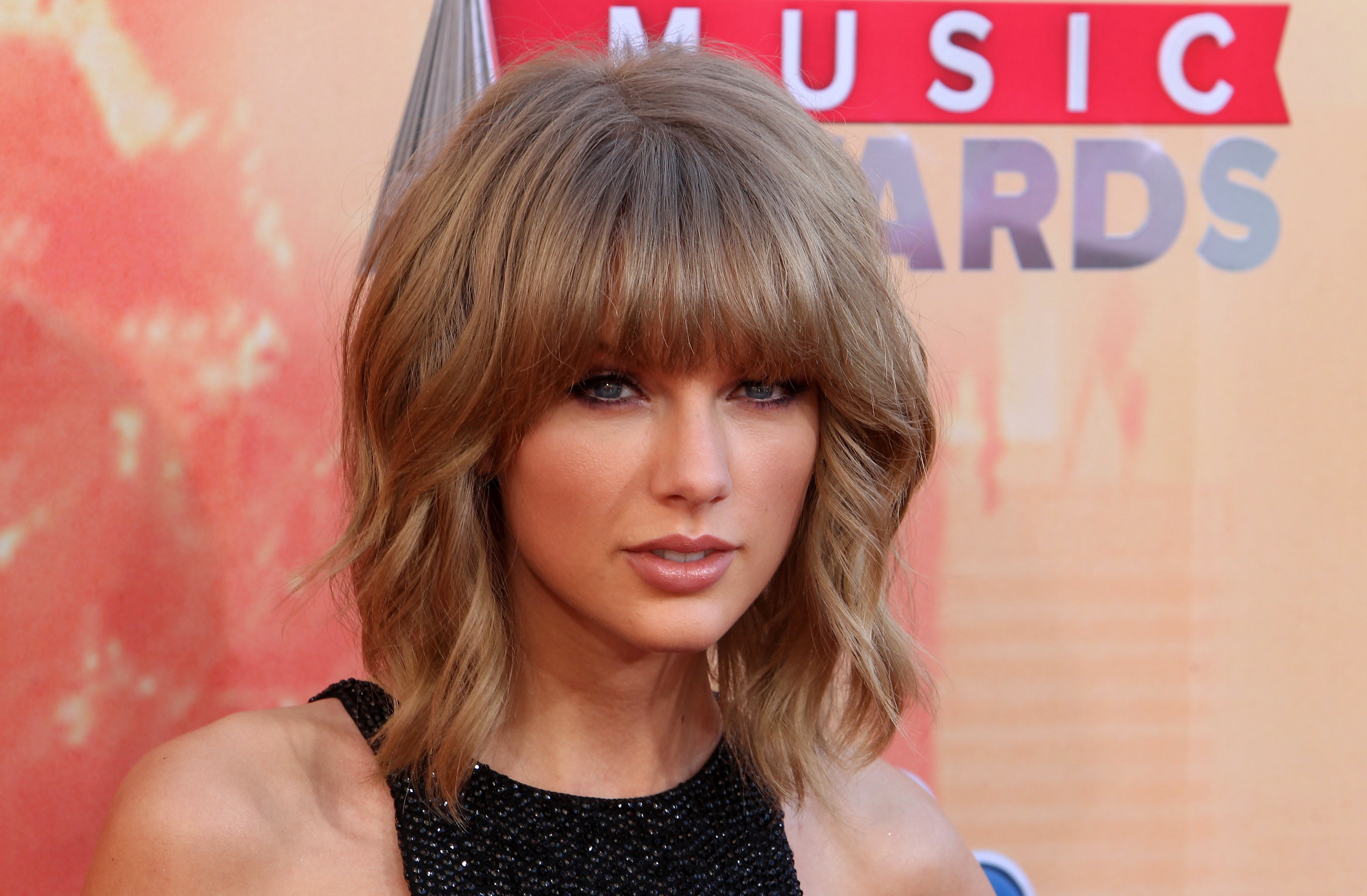 While just a few years ago, it seemed like every week there was something in the headlines about who Taylor Swift was seeing, who she was breaking up with, and who she was subsequently penning lyrics about, but as of late T-Swift has seemingly shunned dating.

Without a main squeeze, T moved into a new chapter in her life—she got an edgier haircut, moved to New York City, and transitioned from a “country” singer to a pop queen. And instead of concerning herself with dating famous guys, she seemed much more concerned with amassing a list of seriously famous BFFs (Lorde, Karlie Kloss, and Lena Dunham among them).

Which is why the rumors that her and EDM DJ Calvin Harris are an item have seriously piqued our interest (and already have us excited for the breakup song that will surely follow).

Because Swifty has, until now, taken such a long break from dating, here’s a little refresher course on all of her past relationships. Take a look and see just how lucky (or unlucky) this girl has been in love.

Although this relationship has yet to be officially confirmed, the pair was spotted leaving a Haim concert in West Hollywood hand-in-hand. The dating rumors started when the two were seen being affectionate towards each other at Kenny Chesney concert in Nashville.

Although this romance was rather short-lived, Taylor and Harry were the it-couple of that moment. They made several public appearance together and both singers’ fan bases were in full support of the relationship. The pair credited their breakup to the intense media attention and scrutiny that their relationship was subject to. After her break up with the 1D star, Swift took a pretty lengthy break from dating.

Remember this cute fling? But apparently Tay and Conor weren’t on the same page. When Taylor and Conor, who is the grandson of Robert Kennedy, started dating, Conor was only 18 and leaving for college at the end of the summer. Reportedly, Taylor took the relationship much more seriously than the teenage golden boy, even buying a house near his to be closer. The relationship ended after almost three months. She then sold the house.

Tay’s four month fling with Jake was one of her most serious relationships to date. He even reportedly chartered a private jet to fly her out to a date when they were together. However, the movie star broke up with her over text, and the rest is history. The songs We Are Never Getting Back Together and The Moment I Knew are rumored to be about Jake.

According to her music, Taylor’s relationship with fellow musician was one of her most tumultuous. The song Dear John is obviously about him: The line “don’t you think I was too young to be messed with? The girl in the dress cried the whole way home” is pretty telling. She was only 19 when she dated the notoriously broody singer.

The era of Taylor squared was a short-lived, but glorious union of two teen icons. The two met on the set of Valentine’s Day, and seemed to have an instant liking to one another. However, it is rumored that the romance came to an end because Taylor (Launter) seemed to be more into the fling than Taylor (Swift).

Taylor’s first A-list boyfriend was Joe Jonas. Back then they were both budding stars when they started dating. However, Joe ended the relationship during a 27-second phone call. We’re guessing that something must have gone terribly wrong.

MORE: How to Use Twitter to Predict a Breakup