Taylor Swift always looks the same. Now, we’re not saying “same” necessarily equates to “bad,” but it’s a fact that she stacks right up there with Jennifer Aniston as a star who rarely wavers from a signature look. In fact—apart from the occasional shift between blonde shoulder length hair and lob—we haven’t seen Swift stray from her matte skin, red lips, side bangs, and retro outfits in years. Which is why we’re kind of obsessed with the new cover of “Wonderland” magazine. 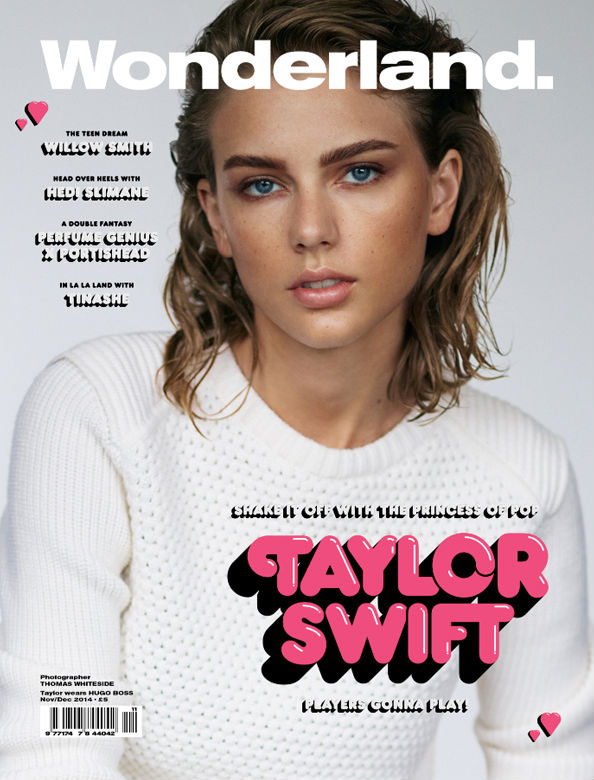 On the cover of the November/December issue—which hits stands Thursday, November 13—Swift looks virtually unrecognizable thanks to a mix of bronzed dewy skin, undone hair that’s noticeably wet (and darker!), thick unarched brows, and her natural freckles showing through. Even the white sweater is a nice change from her standard retro striped shirts or cutesy crops.

Basically, she looks young and cool, which is prerequisite to pop stardom. And since she obliterated all traces of her country roots with the release of “1989”—the 24-year-old’s first foray into pure, unadulterated pop—that’s how she should be looking. We have a feeling there’s a whole new Taylor about to emerge and, frankly, we’re more than ready.

Do you think Taylor Swift should shake off her signature look for good? Sound off below!