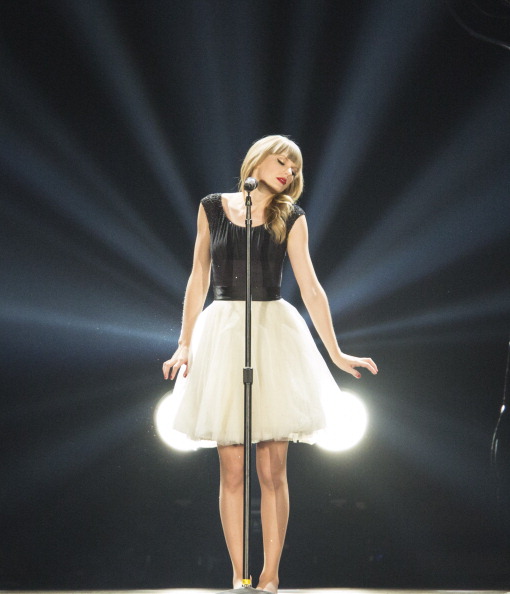 If you’re wondering what the models will stomp down the runway to during December’s very important Victoria’s Secret fashion show, wonder no more: The musical list is out, and Taylor Swift, Fall Out Boy, Neon Jungle, and Great Big World are slated to perform while Alessandra Ambrósio, Adriana Lima, and a host of others strut their stuff on the catwalk.

We thought it was a bit of a surprising line up, especially given that One Direction were once rumored to perform. And it does seem like an ever-so-slight downgrade after last year’s incredibly high profile array of performers: Rihanna, Justin Bieber and Bruno Mars headlined the show.  Other past notable performers included Jay Z, Kanye West, Katy Perry, Justin Timberlake, and Maroon 5 (whose singer Adam Levine has managed to snag himself quite a few VS angels).

The show is taping this Wednesday at NYC’s Armory, but won’t be airing until December 10. To get up to speed, we’ve created this helpful playlist, of some of the jams we think you might hear during the show. Take a listen, won’t you?