By now, you probably know the main celebrities who Taylor Swift is feuding with: Katy Perry, Kim Kardashian, Kanye West, Karlie Kloss (that one is still a question mark.) But did you know that the 28-year-old singer has been embroiled in a heated, torturous feud with a Victoria’s Secret model since 2013?

Confused? Let us break down the drama. On Tuesday, ex-Victoria’s Secret model Jessica Hart posted an Instagram of her modeling a cropped pink sweatshirt with the phrase, “FOUR LETTER BAD WORD,” and underneath it, “TAYLOR SWIFT.” (We assume the “four letter bad word” is fuck.) Hart proudly modeled the sweatshirt in three Instagrams, leading fans to wonder what Swift did for Hart to throw such savage and blatant shade.

Here’s the backstory: In 2013, the “Look What You Made Me Do” singer performed in her first-ever Victoria’s Secret Fashion Show, which Hart also walked in. Swift became an instant favorite among viewers and the Victoria’s Secret crew, so she was invited back to perform the following year. She was reportedly happy to do it, under one condition: Hart not walk in the show.

“No,” she said. “I think, you know what, God bless her heart. I think she’s great. But, I don’t know, to me, she didn’t fit. I don’t know if I should say that. I think what you find is that for a lot of us, we’ve been working for 14, 15 years; what it takes to make it here comes from experience and confidence and knowing how to be confident with yourself. I think it comes with age. It’s definitely the benchmark of all jobs.”

Trying to do damage control, Hart told Us Weekly a week later, “I adore Taylor Swift and I was so excited to be with her at the Victoria’s Secret Fashion Show. She is a true rock star and she absolutely killed it the other night.” 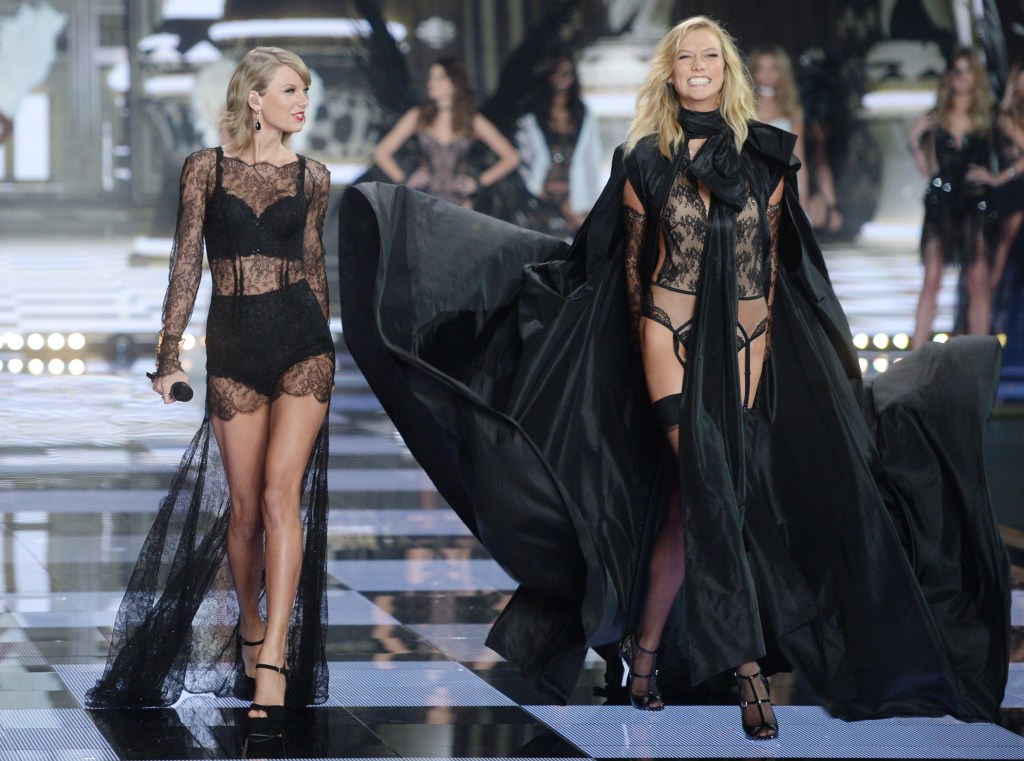 MORE: Taylor Swift’s Neighbors Slam Her for Drawing Paparazzi, Fans to Their Homes

However, the damage was done. Not too long after, a source close to Victoria’s Secret told the New York Daily News that Swift agreed to perform at the fashion event, only if Hart didn’t walk.

“It’s not been announced that Jessica is not walking, but it was a direct request from Taylor that this be the case if she were to go,” the source said at the time. “No one can know that Taylor requested Ms. Hart not be in the show; they want to keep that under wraps but that’s the facts.”

Victoria’s Secret’s president, Ed Razek, has denied that Swift had anything to do with Hart no longer walking in the televised lingerie event. But judging from Hart’s shady Instagrams, the two definitely still have bad blood—even almost five years later. No response yet from Swift, but considering that she has bigger, A-list fish to fry, Hart is likely only a blip on her radar.