OK, we’re just going to come out and say what everyone’s been thinking ever since Taylor Swift and Tom Hiddleston were spotted together making out on a wind-lashed rock for some paparazzi two weeks ago: What if Hiddleswift’s perplexing zero-to-100 relationship were just an elaborate ruse to land Hiddleston the role of the ninth James Bond?

After all, the competition is stiff. Along with Hiddleston, actors reportedly being considered for the role include Aidan Turner, Idris Elba, Tom Hardy, Theo James, James Bell, James Norton, Damian Lewis, Michael Fassbender, Henry Cavill, Oliver Jackson-Cohen, and Sam Worthington. In mid-May, the UK’s Evening Standard barely mentioned Hiddleston, just name-checking him briefly while writing, “There’s plenty of rumours over who could be the next Bond—from favourites like Idris Elba and Damian Lewis, to the up-and-coming James Norton and primed-for-big-things Aidan Turner.” But since photos (and more photos, and even more photos) of Swift and Hiddleston have swept the globe, Bond producer Barbara Broccoli has reportedly narrowed it down to two possibilities: Theo James or Tom Hiddleston.

Hiddleswift’s comings and goings since they blazed on the scene have been well-documented, including multiple jaunts on Swift’s private plane and a very high-profile tour through Europe, which has included visits to England and Italy so far. And everything they’ve been doing has been very … Bond-y. From the almost-daily plane-hopping and the helicopter they chartered for a private view of Rome from above to the visit to the Vatican and the matching outfits left and right (with special attention to the crisp white shirts Hiddleston’s been favoring), they might as well be starring in their own person Bond movie.

Just a month ago, Hiddleston waved off Bond rumors at an event at Wizard World in Philadelphia, whatever that is. “I’m sorry to disappoint you everybody” he said, referring to the possibility of being crowned as Bond. “I don’t think that announcement is coming. But I’m very gratified to hear the enthusiasm. There’s not much that I can say that I haven’t already said, but … your guess is as good as mine, to be honest.”

But yesterday The Sun reported that a source at Bond production company Eon said, “Hiddleston is already bulking up for the Bond role on a special diet. … His new physique has been noticed by the bosses who now have him at the top of their list to replace Daniel.” What’s more, “Hiddleston has shot ahead and he is working extra hard to get the part.” The publication noted that his “credentials have risen tenfold” since the dawn of Hiddleswift. Also, don’t forget that sexy photo shoot he did for W recently.

As talk show host Wendy Williams put it, “I’d never heard of this guy before — so how do you drum up votes? By dating somebody that we talk about.” One thing is for sure: No more Wizard World for Hiddleston. He’s come a long way from, say, where he was in the photo below, which was taken just nine short months ago. My, how things change. 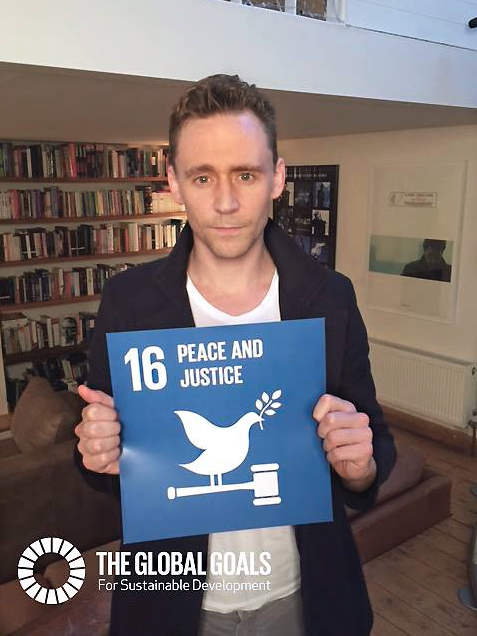