Two years ago, history was made when, on July 17, 2016, Kim Kardashian leaked a video of Taylor Swift on the phone with Kanye West on her Snapchat, framing her as a liar. In case you don’t remember, the video followed weeks of back and forth between Swift (who claims that she was blindsided by West calling her “that bitch” in his 2016 song, “Famous”) and West (who claims that she approved of the song’s lyrics before its release.)

The video led to the dissolution of Swift’s friendship with West and Kardashian, thousands of people flooding Swift’s Instagram with the snake emoji and the birth of Swift’s 2017 album Reputation, in which she touches on the “pitchforks” and “receipts” used to bully her. Now, exactly two years after the Snapchat video’s release, Swift is celebrating its anniversary in the most appropriate way—with a snake-themed outfit.

On Tuesday, the 28-year-old singer was photographed in New York City in an outfit—consisting off a faux-snakeskin backpack, leather booties and a romper printed with jungle-like plants—that pays tribute to the animal that people used to taunt her. 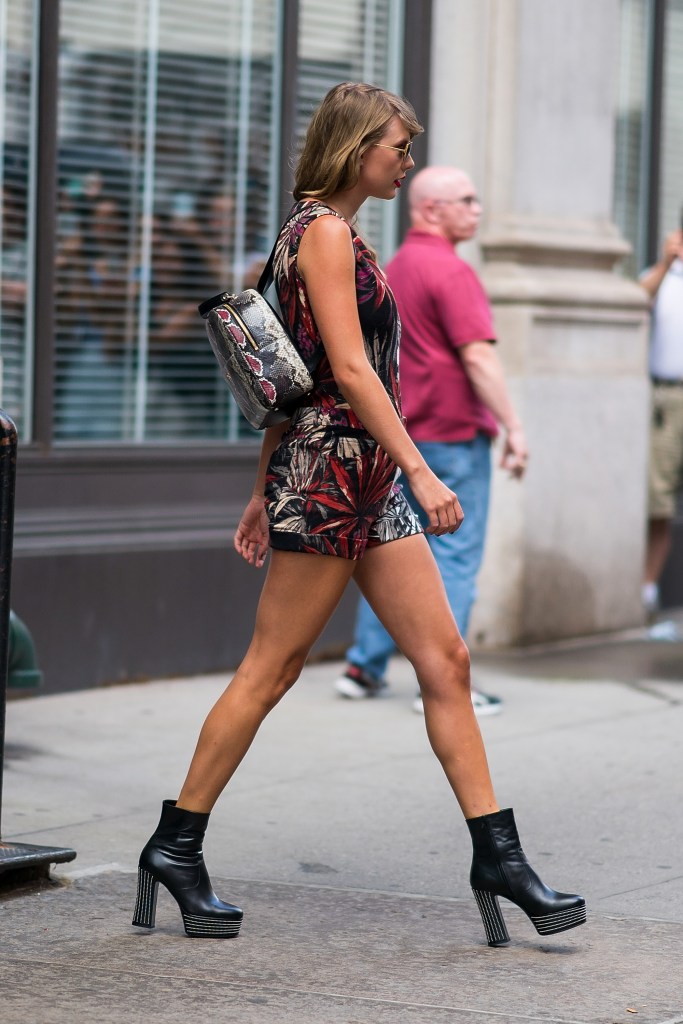 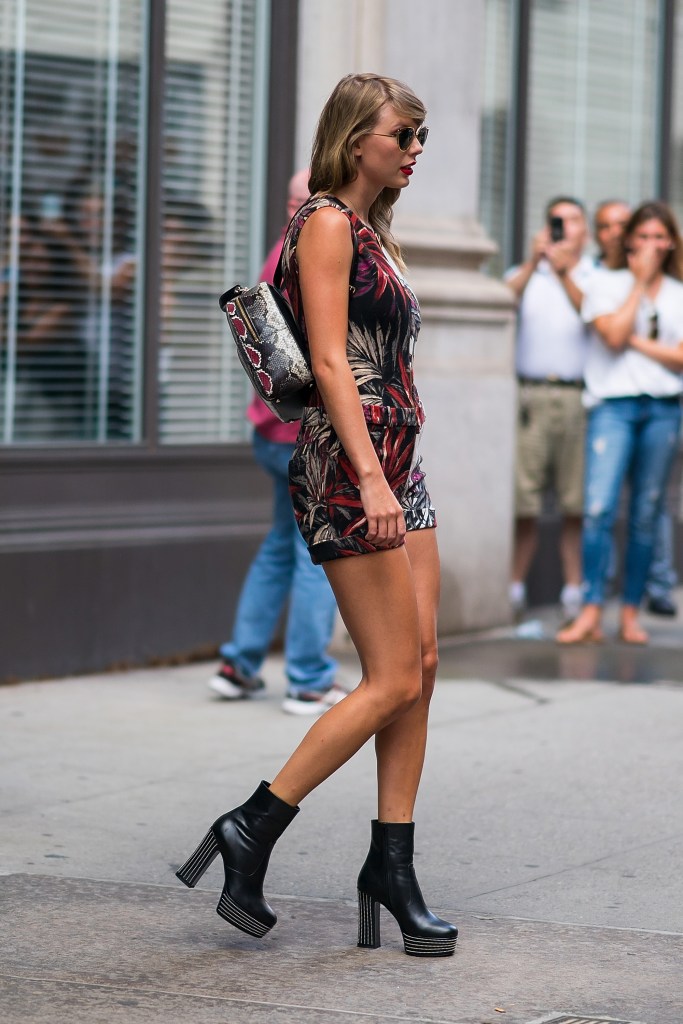 Given that Swift wore the outfit on the two-year anniversary of Kardashian’s Snapchat video, many fans considered it to be shade at the “Keeping Up with the Kardashians” star, which doesn’t seem out of the ordinary, given that the singer has been reclaiming the snake since the release of her 2017 single, “Look What You Made Me Do,” in the fall. (The numerous snakes in the music video video, as well as on Swift’s Reputation Stadium Tour (including its merch) speak for themselves.)

Swift’s fans also seem to be done with the drama, as seen with the trending Twitter hashtags, “#KimApologizetoTaylor” and “#TaylorSwiftWonParty.” Even Swift’s close friend and stylist, Ashley Avignone, added her two cents on the fued, tweeting, “Wait it’s legit National #KimApologizeToTaylor Day?!?!? They have holidays for everybody, I mean everything these days! 🐍🐍🐍🐍🐍🐍🐍🐍🐍🐍🐍🐍🐍.” Avignone’s tweet was a direct reference to Kardashian’s 2016 tweet, in which she shaded Swift and suggested she was a snake.

So far, Kardashian hasn’t responded to the massive shade. But knowing her, she won’t let anyone get the last word, so keep your eyes peeled on her social media for well-concealed diss.