We interrupt whatever you’re doing right now with a very important update: Have you ever realized that Taylor Swift has never, ever, ever walked a red carpet with a boyfriend? What with her epic public displays of affection, affinity for falling hard and fast for men (or seeming to do so publicly, at least), and many appearances holding hands and looking otherwise affectionate with boyfriends, you’d think she’d be the first to jump at the chance to bring a beau to a red carpet, right? No. Wrong. Never. Ever ever.

Yes, this may seem patently impossible: Swift must have walked some carpet with some guy on her arm—maybe not a red carpet at a major event like the Grammys or VMAs, but surely, say, a green carpet at some B-list Nickelodeon event? A pink carpet at a Victoria’s Secret Event? A step-and-repeat somewhere, somehow? Nope, nope, nope. Seriously. We promise. 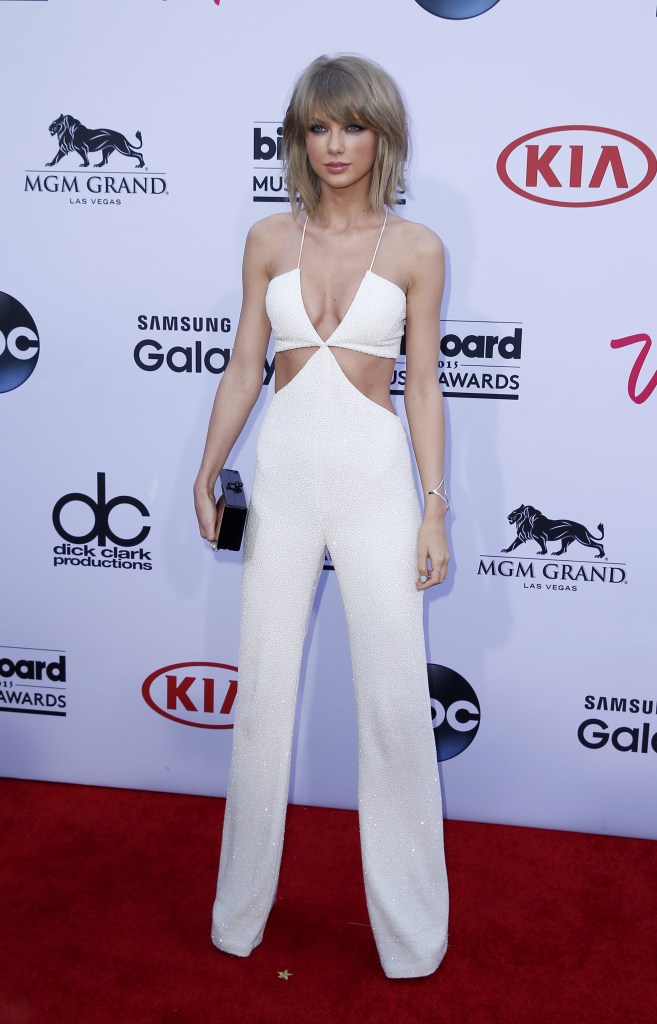 Photo: Wenn. On the red carpet, sans boyfriend, as always.

This tic of hers may have even had something to do with her recent public display of non-affection, a.k.a. her breakup with Tom Hiddleston, who reportedly was pissed that she didn’t want to hit the Emmys with him (though was totally fine with blasting through Europe à deux on a highly publicized rampage of romance). “Tom wants their relationship to be public, even asking Taylor to go to the Emmys with him, but Taylor wants to keep her private life private,” a source told the Daily Mail. Then again, it’s still not clear how real that relationship really was, so—who knows.

To be clear, she has attended high-profile events with BFs—she sat with Joe Jonas at the VMAs in 2008, for example, and with Calvin Harris at the Billboard Music Awards last year—but she did her red carpet posing solo (and with a portion of the #squad). And—let’s be real—walking a carpet with a partner means pretty much automatically having to answer questions about your relationship, which not even non-famous people have much interest in doing, so, you know, if that’s why she’s avoiding this experience, we understand.

Click through to see what we mean, and go on a little journey with us as we reach back in history to review all of Swift’s boyfriends—appearing by her side anywhere but a red carpet. And final side note: Perhaps if and when she does finally pose on a carpet with a boo, then we’ll really know it’s real.

MORE: Proof That Taylor Swift Changes Her Style with Each New Boyfriend

Technically, Taylor Swift is standing on carpet at the VMAs. And her boyfriend, Joe Jonas, is by her side. But this doesn't qualify as a boyfriend-girlfriend red-carpet hang, because (a) they're surrounded by other Jonas brothers, a.k.a. Nick (left) and Kevin (right); and (b) this is just the pre-show appearance—not the red carpet.

Swift was happy to sit with Jonas at the VMAs …

But she saved the red carpet for herself alone. Please note that she even went so far as to change after the pre-show appearance with Jonas, further distinguishing this pic from her earlier shots.

It is vaguely possible that Swift and John Mayer are standing on some sort of carpet here, while attending a weird Vevo event in NYC, but it sure as hell isn't red.

She's fine with performing onstage with a beau, apparently, as she did with Mayer at the Jingle Ball in NYC. Anywhere sans red carpet is fair game, boyfriend-wise.

And now we have Taylor Lautner, with whom she pulled her usual attend-the-show-but-do-red-carpet-solo routine at the Teen Choice Awards.

Subbing out Lautner in favor of a surf board. The nerve!

No major events for this short-lived duo, red carpet–related or otherwise. Jake Gyllenhaal and Swift's mini relationship came in like a lion, out like a lamb.

Same for Conor Kennedy, with whom Swift mainly appeared in front of backdrops like beaches and quaint Cape Cod fences. No red carpets, though they probably stood atop some cushy old-money rugs together somewhere.

Swift's time in public with Harry Styles was dominated by sightings out and about in the real world—the pair never attended any major events together. That said, they've both been present at plenty of awards shows since they broke up, which can be rather awkward.

So close to a red carpet, yet so far: Calvin Harris and Swift hit the Billboard Music Awards together a couple of months after going public with their relationship, but steered clear of the foreboding carpet.

Swift was all too thrilled to appear alongside Tom Hiddleston in just about every situation imaginable. Here they are laughing about tipping off the paparazzi just after their memorable craggy-rocked makeout sesh heard 'round the world.

And here they are making a sandwich out of Hiddleston's mom across the pond. Please note: No red carpets to be seen.

Last but certainly not least, here are the possibly happy couple wandering a beach near Lowestoft in Suffolk, England. We're guessing there were no red carpets within at least a one-mile radius. And … then they broke up, reportedly in part because Swift wouldn't walk the plank red carpet with Hiddleston. Or, you know, because their relationship was fake. Either way, looking forward to seeing Swift wander onto a red carpet with a boo someday—possibly when hell freezes over?