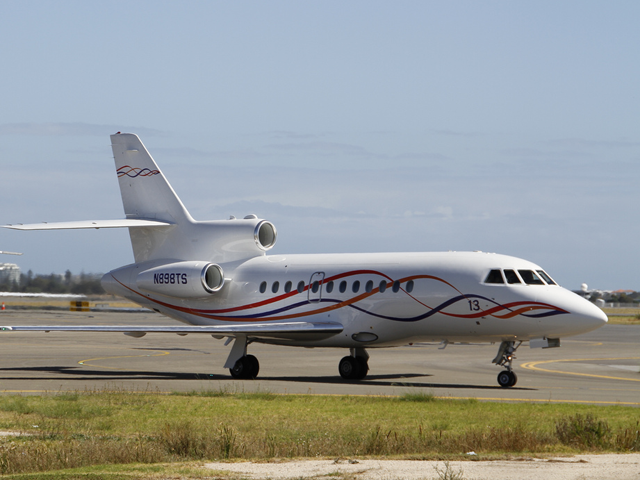 Taylor Swift is one of the most famous and successful (not to mention young) stars today, and it’s safe to say she’s enjoying the fruits of her labor. Though country-pop’s princess doesn’t seem to ever take a day off, she goes out of her way to have fun when she can—with a slew of high-profile men by her side. Swift has been linked to everyone from John Mayer to Jake Gyllenhaal, but as of late she’s been palling around with the younger set. This past summer, she dated Kennedy scion Conor Kennedy, and she’s now biding her time with One Direction’s Harry Styles. With her and her man’s impossibly busy schedule, how do they make it work? Why, via a private jet, of course!
Below, some of the most interesting facts about the songstress’ private jet:
1. The jet is a Dassault-Breguet Mystere Falcon 900, and it allegedly cost around $40 million to buy. Swift picked it up in 2011, when it was merely 2 years old. In 2011 alone, Swift banked more than $45 million, so this lavish jet was practically chump change to the starlet.
2. On the nose of the jet, you can see the number “13.” This is Swift’s favorite number, and oddly enough, before every show, she draws it on her hand. She has profound reasoning for 13 being her favorite, stating, “I was born on the 13th. I turned 13 on Friday the 13th. My first album went gold in 13 weeks. My first number one song had a 13-second intro,” she said. “Every time I’ve won an award I’ve been seated in either the 13th seat, the 13th row, the 13th section or row M, which is the 13th letter.”
3. As you can see on the engine, the aircraft’s registration is “N898TS,” with the “TS” standing for “Taylor Swift” (naturally). It is her plane, after all!
4. The jet has 12 seats, which means she has plenty of room for her entourage when she tours—or, simply to scoop up her boy toy du jour. Page Six reported that Swift flew Kennedy on the jet from the Hyannis Port Kennedy family compound to her hometown of Nashville, simply because she “missed him” after not seeing him for merely a week. God forbid he have to take a commercial flight! We feel his pain.
5. On December 8, her current boyfriend Harry Styles performed with his band One Direction at London’s Jingle Bell Ball, and he arrived in England on Swift’s jet. They had been spending some time together in New York City, hitting up hotspots like the Crosby Hotel and the Dream Downtown, and when it was time for him to head back home, she insisted it be with her—and not with his bandmates. The rest of the boys were spotted at Heathrow after taking a commercial flight (again, the horror).
6. Her first time on a private jet may have been a couple years prior to this purchase thanks to Jake Gyllenhaal. He flew her out to London back in 2010, and in her recent single “I Knew You Were Trouble” she references a bad boy “flying her to places she’d never been.” We can only speculate, but our guess is she got a taste of the mile-high life thanks to the dashing actor.
Below, check out what the jet looks like inside (although we haven’t been lucky enough to snag pics of Swift’s actual jet, this is the same model): 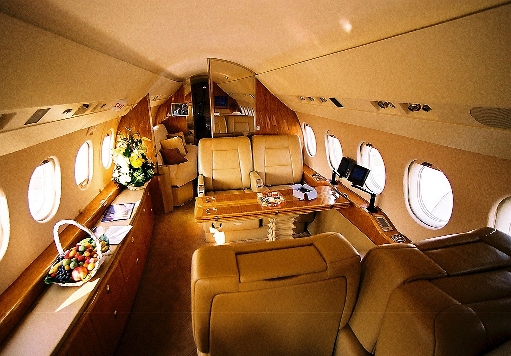