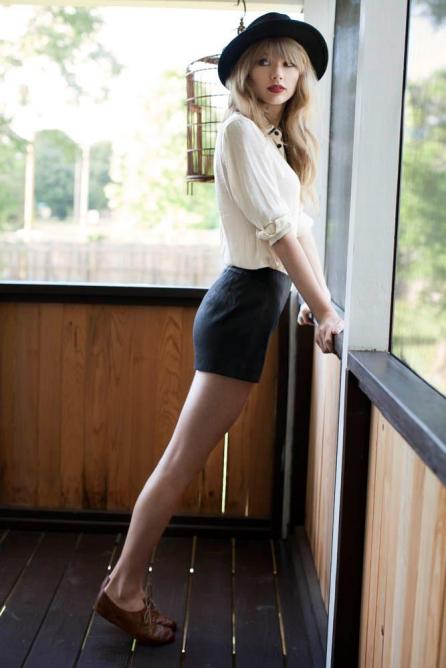 Taylor Swift has practically built her entire career on feigning surprise whenever she gets acknowledged for her skills as a songwriter (which, admittedly, are decent). And now, she has one more thing to act surprised about: she just got seriously punked.

Taylor teamed up with Massachusetts pop radio station KISS 108 to host a competition on their website, which offered her fans the chance to win a trip to meet Swift in person.

But the Internet, seemingly, is just too much for Taylor: Members of online message board communities 4Chan and Reddit got together and decided to hack the competition, swaying the votes in favor of an entrant named Charles Z, who self-described himself as a “creepy 39-year-old [who] would like to crush all those little girls’ dreams.”

Well, when Charles Z won the contest, the radio station staff took matters into their own hands and cancelled the competition completely.

“Disappointingly, we have determined that the integrity of the ‘Taylor Swift’s Biggest Fan’ contest has been compromised. In accordance with our contest rules, effective immediately, the contest has been terminated. We apologize to all of our loyal listeners who have participated.”

We can just see Taylor now, shaking her head and feigning dismay at not getting to meet her biggest fan. Meanwhile, the Internet trolls who orchestrated the whole thing are probably having a good ol’ laugh over it. Poor Taylor!