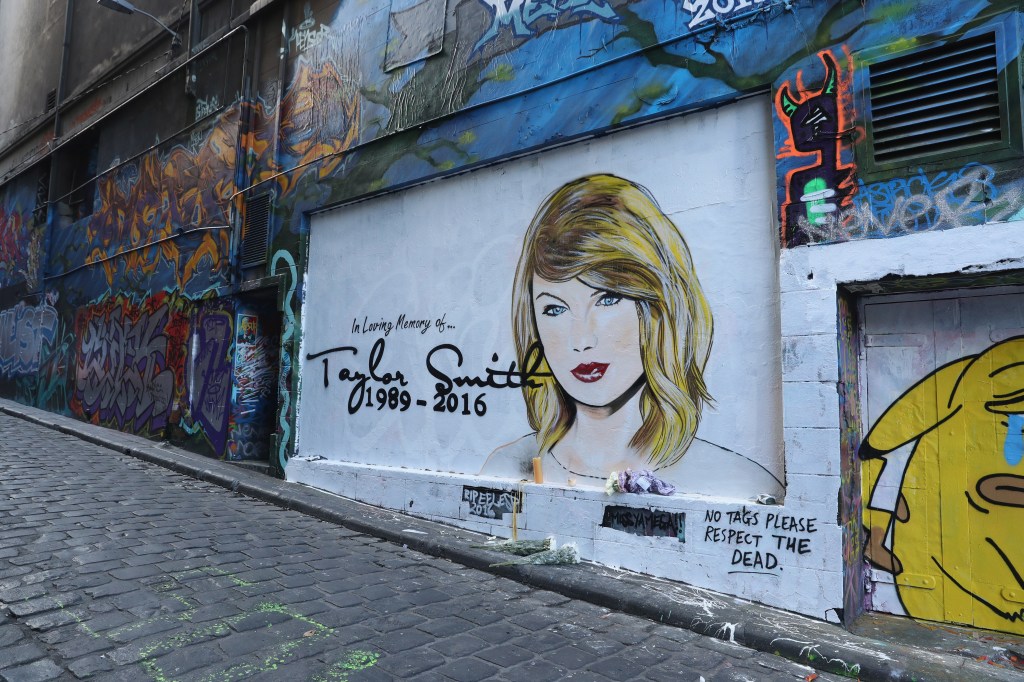 In the wake of the #KimExposedTaylorParty, many people have called for the global reign of Taylor to end, but nobody has done it more explicitly and with such bad spelling as Australian street artist Lushsux. The artist painted a giant mural in Taylor Swift‘s likeness last night on a Melbourne Street with the text, “In loving memory of Taylor Smith, 1989-2016.” It got the singer’s first name, birth year, and face correct, but changed her last name ever so slightly.

At first, we assumed it was a legal thing—you know how graffiti artists are sticklers for the law—but The Daily Mail spoke to Lushsux, who is the same artist that immortalized Kim Kardashian‘s nude selfie, and was told the misspelling was unintentional.

Since the mural went up, people have flocked to it and begun placing flowers underneath it. And just in case anyone gets the urge to correct the spelling, Lushux left a message at the bottom of the mural: “No tags please. Respect the dead.”