Telling someone they need to calm down usually does the exact opposite. And that’s exactly what’s happening to Swifties around the world right now. Taylor Swift announced her new album, Lover, and details surrounding her music are incredible. No one is calm rn. Swift took to Instagram Live yesterday to release the long-awaited album title, Lover, saying it will have 18 songs.c”[Lover’s] tone is really romantic,” the 29-year-old pop-star said during her Live. Though the album doesn’t come out until August 23, her newest single, “You Need To Calm Down,” was released at midnight today. We think it’s safe to assume people have listened to it about 12 times on average since waking up this morning….or maybe that’s just us. Carry on.

The track calls out online haters while also serving as a Pride anthem at the same time—perfect for Pride Month. Our favorite line? “Shade never made anybody less gay.” UMM. YES girl. Preach.

“Say it in the street that’s a knock out/But you say it in a tweet that’s a cop out,” she says, calling out all the internet trolls who hide behind keyboards. “Snakes and stones never broke my bones,” she continues, slyly referencing her feud with Kim Kardashian whose fans repeatedly left hate on Swift’s Instagram with snake emojis. Then she launches into the chorus:

The song then shifts to take stand against anti-Pride protestors. Swift calls anti-LGTBQ groups out for being stuck in the past in the “dark ages.”

“You are somebody that we don’t know/But you’re coming at my friends like a missile/Why are you mad?/When you could be GLAAD?” Swift sings, blatantly referencing the so-called LGBTQ media organization. The bop continues: “Sunshine on the street at the parade/But you would rather be in the dark ages/Making that sign/Must have taken all night.”

In addition to all these fabulous details, Swift also released the beautiful album cover, shot by Valheria Rocha. And—shocker!—it’s rainbow-themed with fluffy beautiful clouds behind the music icon. The album comes as a stark contrast to Swift’s last album, Reputation, which was a surprisingly dark shift for the singer. 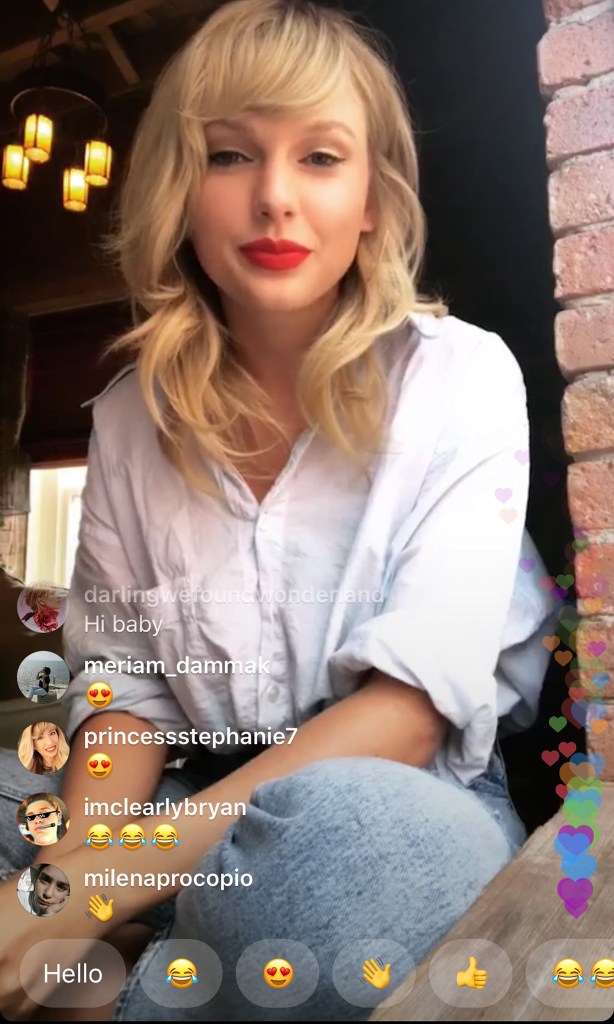 The music video for “You Need to Calm Down,” will be released on June 17. The singer explained the delay: “I wanted you to hear the song first, then see the video. Because the video is very worth the wait. There’s a lot going on in the video so I wanted that to be a separate discovery.” The music video will debut on Good Morning America early next week.

Swifties around the world right now:

Swift talked album tracks, saying it’s more music than she’s ever made. “[18 tracks]—That’s more songs than I’ve ever had before. And this album in tone is very romantic—and not just simply thematically, like it’s all love songs or something because I think that the idea of being romantic, it doesn’t have to be a happy song. I think you can find romance in loneliness or sadness or going through conflict or dealing with things in your life. I think it just looks at these things with a very romantic gaze.” 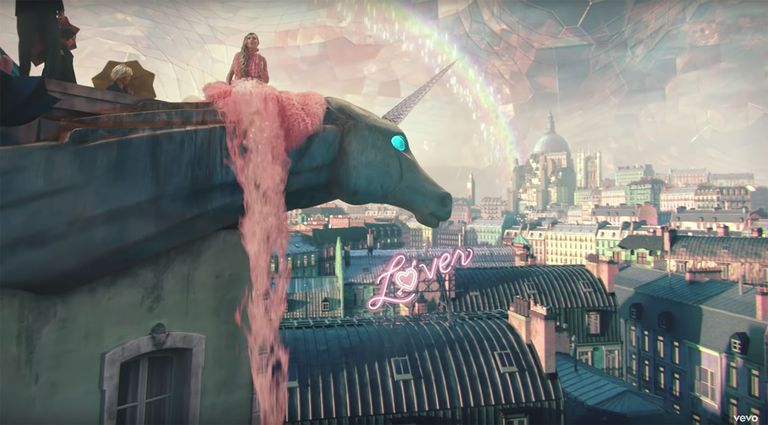 Swift also dropped a fun fact about her deluxe editions—they will have two EXTRA recordings. “Usually when I’m writing songs, I like to just record everything that’s happening. I like to keep just have something recorded when I’m thinking of an idea and then keep it rolling when I’m adding things to it, editing things just because sometimes you think of the melody or something but then you just forget it the next second so that’s why I keep recording all the time. So the two pieces of audio content is the full creation of two of the songs on the album that I really love.”

There will be ~four~ deluxe editions of the album available at Target (“everything in these is unique content,” she said showing them off in her Live).

Swift’s Live video wasn’t done there. She went on to announce a very exciting collaboration with Stella McCartney for the album:  “For the release of the Lover album, there’s going to be a collaboration that I’ve done with Stella McCartney. And she’s been a friend for a really long time and also just a woman who I respect so much. I respect what she creates, how she creates it,” Swift said. “I think she adds—there’s so much whimsy and imagination and romance to the clothing that she designs and I’ve worn a lot of her stuff recently. And she’s heard the new album and this new collaboration is inspired by the Lover album.” So freaking cool.