Since Taylor Swift went into hiding two or so years ago, fans have wondered about what has happened to her one-time tight-knit squad. After months of rumors, they received an answer on Kaylor after Karlie Kloss revealed that she and Swift still talk “frequently.” But what about Swift’s other BFF, Lorde? Well, Swifties are chattering and judging from the “Royals” singer’s recent behavior, many fans believe that the Swift-Lorde ship has sailed.

Recently, at a concert in Rosemont, Illinois, Lorde performed two songs by one of Swift’s most notorious archenemies, Kanye West. As you might know, Swift and West, as well as his wife, Kim Kardashian, have been embroiled in a feud for nearly a decade after West interrupted Swift’s speech at the MTV Video Music Awards in 2009.

Their feud reached a tipping point in 2016 when West released his single “Famous,” in which he calls Swift “that bitch” and claims to have made her famous. Swift denied that West played the song for her and that she was aware that West was going to refer to her as “that bitch.” This led Kardashian to post a now-infamous Snapchat video of Swift and West talking about the song on the phone, suggesting that Swift had heard it before its release and that she approved the lyrics. Not too long after, Swift posted a statement denying that she heard the song.

MORE: 10 Celebrities Who You Didn’t Know Have Beef with Taylor Swift

Fast-forward to Tuesday, March 27, when Lorde—who has been photographed with Swift numerous times on the red carpet and has often talked highly about her interviews—covered two of West’s songs, “Love Lockdown” and “Runaway.” Considering Lorde and Swift’s close friendship, fans were confused by the covers. Because of Swift’s high-profile feud with West, fans speculated that Lorde and Swift are no longer close, otherwise she wouldn’t have covered West’s songs—let alone, compliment him before her set.

“Thanks, Chicago! It must be nice to come from the same place as Kanye West,” she told the crowd. 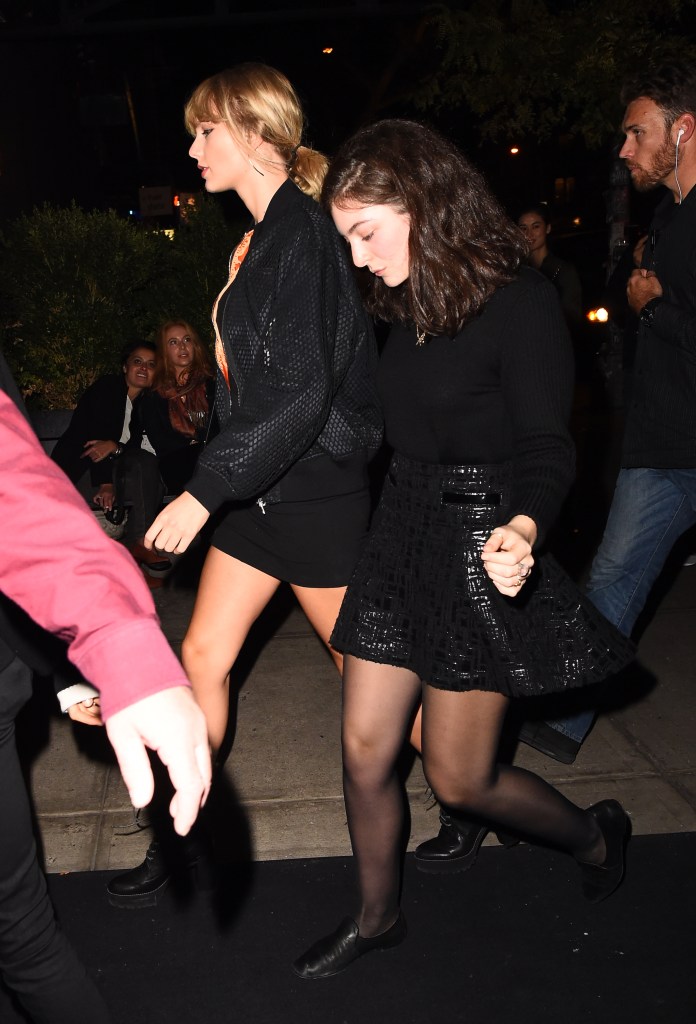 However, this isn’t the first time that Lorde has covered a West song after the Snapchat scandal. In 2017, at Coachella, she performed West’s “Runaway.” The singer has also vehemently denied that Swift and her are no longer friends. In July 2017, she issued a Twitter statement clarifying comments she made in an interview about Swift’s squad. In an interview with Sunrise, many fans thought that Lorde suggested that she and Swift are no longer friends.

“Taylor is a dear friend. I love her very much,” Lorde wrote in her Twitter statement. “In the interview in question I had just been talking about [Davie] Bowie and Patti Smith—those were the ‘idol’s I was referring to that I was saying I’m not friends with, not Taylor!”

But aside from Lorde’s recent defenses, there’s no reason why she shouldn’t be able to perform a West song. Being a fan of someone’s music doesn’t mean that you have to be a fan of them as a person. Besides, Swift and Lorde aren’t tied at the hip, so her opinions on West don’t have to be the same as her friend’s. Perhaps the cover does mean something deeper, but, per usual, it’s likely internet sleuths looking into something that’s not there.