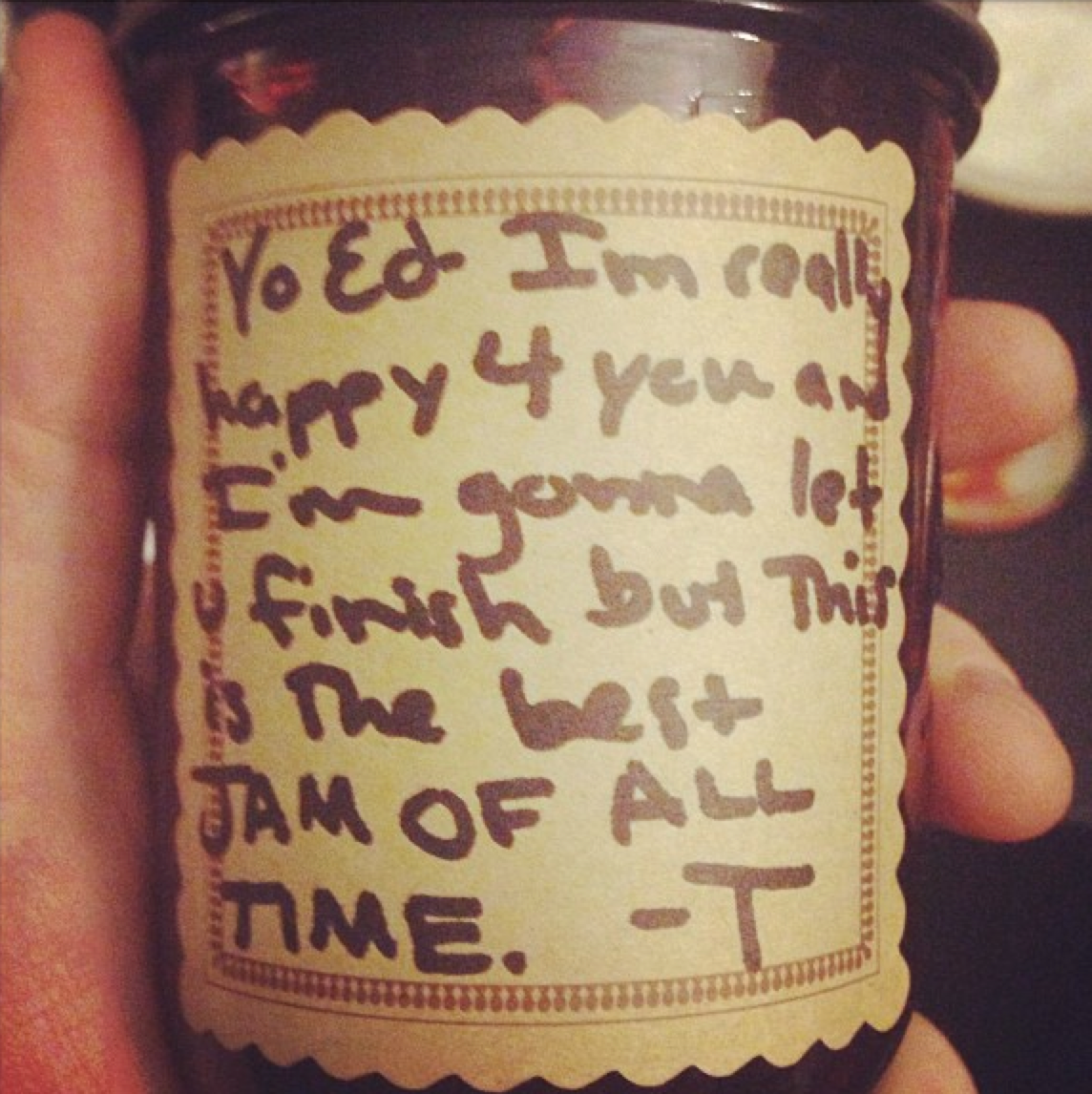 It’s very apparent that the now infamous 2009 MTV Video Music Awards incident (come on, you know what we’re talking about) had a very serious impact on 23-year-old country-pop queen Taylor Swift. In case you forgot, let us refresh your memory: When Swift took the stage to claim her Moon Man for “Best Female Video,” a visibly intoxicated Kanye West stormed the podium, informing everyone that Beyoncé really deserved the award.

The situation triggered tons of memes, a meteoric rise to fame (and tons of sympathy) for Swift, and a few years in the doghouse for Yeezy. So, with this year’s VMAs swiftly approaching (see what we did there?) this Sunday, it’s no surprise that she’s bringing it up again—this time in the form of fruit preserves.

Her tourmate, British singer Ed Sheeran, took to Instagram to share a little gift she gave him. He captioned the photo, “Taylor made me some jam. Amazing.” The text swift added to the jar directly references the meme of West interrupting her, which began with, “Yo Taylor, I’m really happy for you.”

Back in April, it was revealed in a Vanity Fair story that Swift has a framed photograph of the confrontation in her Nashville apartment.

Clearly, Swift isn’t over the situation—or she thinks it’s hilarious. Either way, we think it’s best if she leaves the past in the past, although we wouldn’t mind if she started saying salacious things about ex-boyfriends like Jake Gyllenhaal on jam jars.