If there’s one time of year where this super private couple finally exposes themselves, it’s awards season. Yup, that means we were fully expecting to see Taylor Swift and Joe Alwyn at the 2020 Golden Globes, and, just like last year, they gave us that gift. Now, for those who expected a Taylor-Joe red carpet photo op, we’re sorry to disappoint.

The couple didn’t arrive together. But they were both at the 2020 Golden Globes! (We’ll take what we can get.) The Favourite star wore a simple black suit on the red carpet, while his girlfriend dressed in an Etro colorful floral gown with an open back. While Alwyn arrived on the red carpet early, Swift, according to eyewitnesses, arrived closer to the start of the awards show and was rushed backstage after a couple minutes posing for photographers.

“Taylor Swift came into the #GoldenGlobes through a back door with Joe Alwyn. Then she and a handful of security guards, as well as a man carrying her dress train, split off separately and went to the bar. They immediately exited through another side door,” Los Angeles Times reporter Amy Kaufman tweeted. 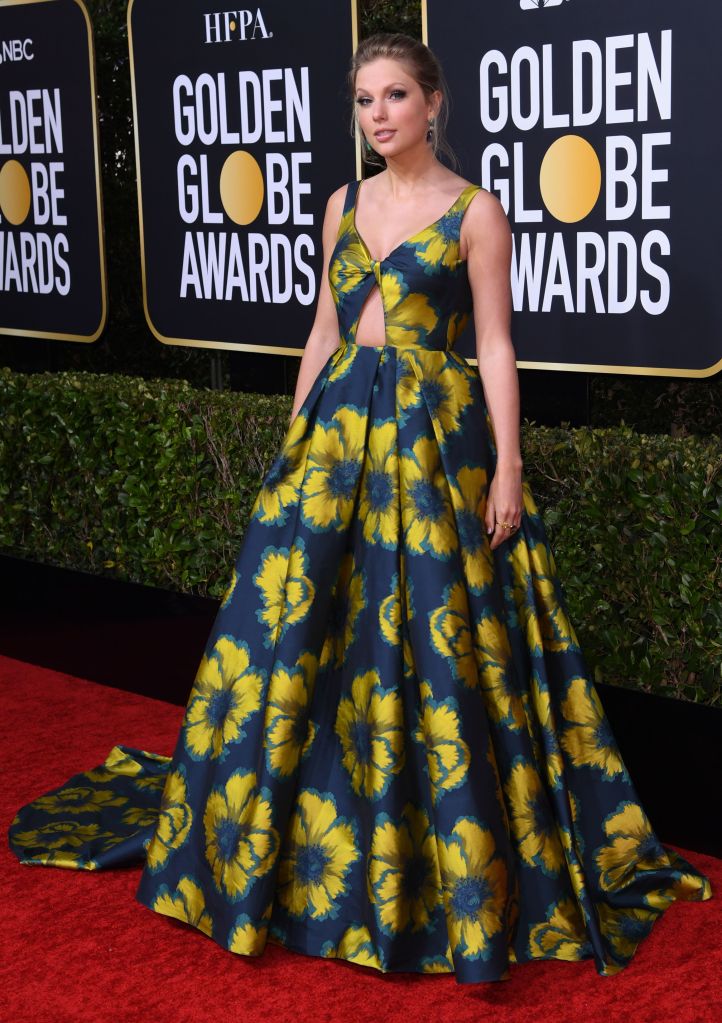 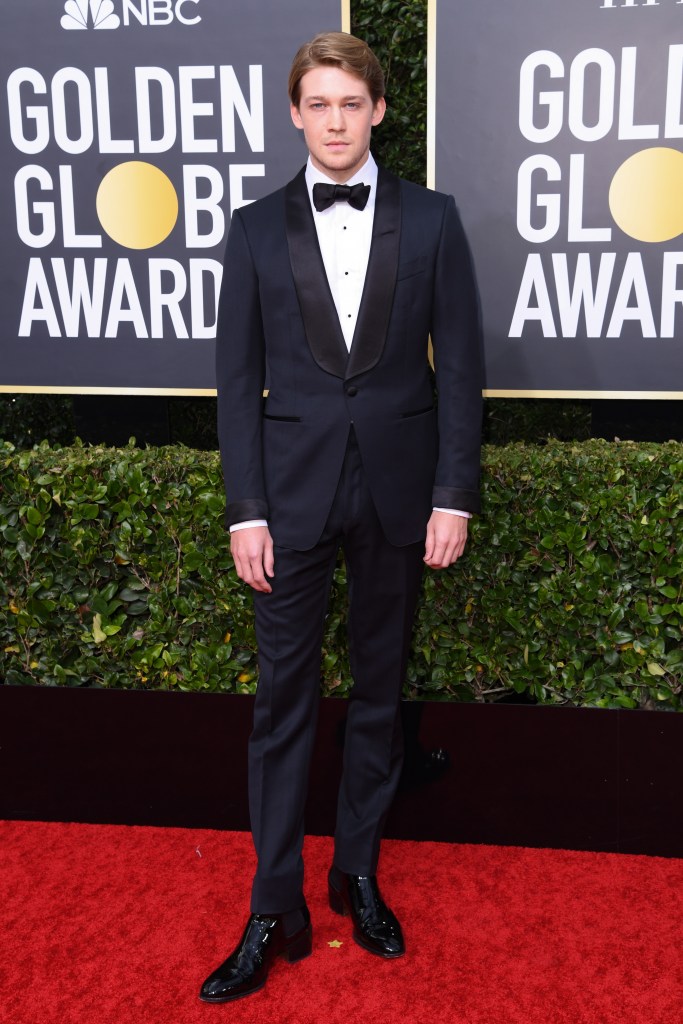 Alwyn, who stars in the Golden Globe-nominated film Harriet, was the first to arrive. (Harriet‘s Cynthia Erivo is nominated for Best Actress in a Motion Picture – Drama.) The British actor’s girlfriend is also nominated for her song “Beautiful Ghosts” off the Cats soundtrack. The “Look What You Made Me Do” singer wrote the ballad with composer Andrew Lloyd Weber, who composed the original Cats Broadway musical.

The 2019 Golden Globes saw Swift, now 30, and Alwyn, 28, cautiously avoiding each other during the actual ceremony, save for a sweet glance or two. While Swift presented an award at the time alongside her Cats co-star, Idris Elba, others in attendance couldn’t help but notice how Alwyn was watching her. “While Taylor presented, Alwyn watched the teleprompter near him and smiled and [his costar in The Favourite] Nicholas Hoult patted him on the back,” a source told Us Weekly last year. “She was smiling at him while she walked off the stage. She looked over her shoulder and gave a sassy, cute little smile at his table’s direction.” And that’s the most you’ll ever see from these two when the cameras are rolling.

Still, the secretive pair have taken chances to unveil their PDA within exclusive spaces—like after-parties or vacation getaways. Much to everyone’s surprise, sources actually spotted the couple kissing at one of the Golden Globes’ after-parties last year.

According to one Twitter user, it took a lot to get Swift there in the first place. “At 9pm, she was brought through a side entrance to the Fox party,” the user wrote. “Her security guards escorted her directly to a booth in the back, where she met her boyfriend, Joe Alwyn. She joined him and Emma Stone, who was flanked by her bf, SNLwriter Dave McCary.” (At least we know everything about that latter relationship—now Emma and Dave are engaged!)

As for Swift and Alwyn, months after last year’s Globes we know they were nothing but cuddled up at Swift’s Rhode Island estate for the summer and strictly keeping the PDA to other after-parties, like the one following Swift’s appearance on SNL.

This time around, though, it seems like the private couple is inching toward being more public. 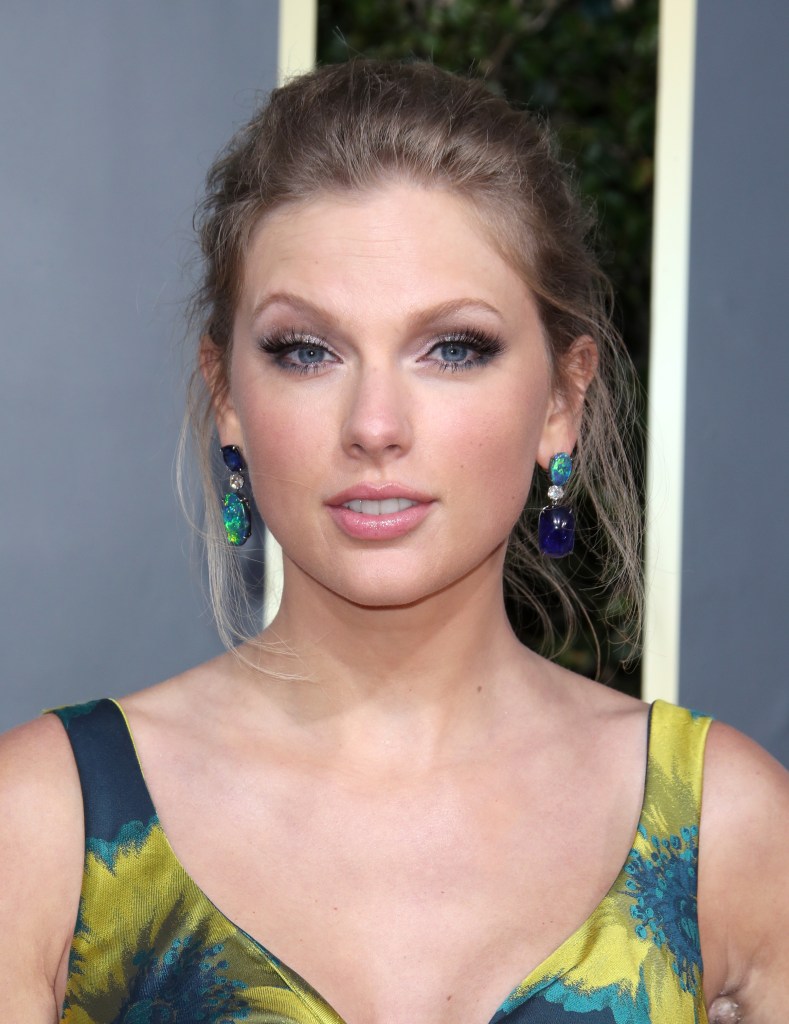 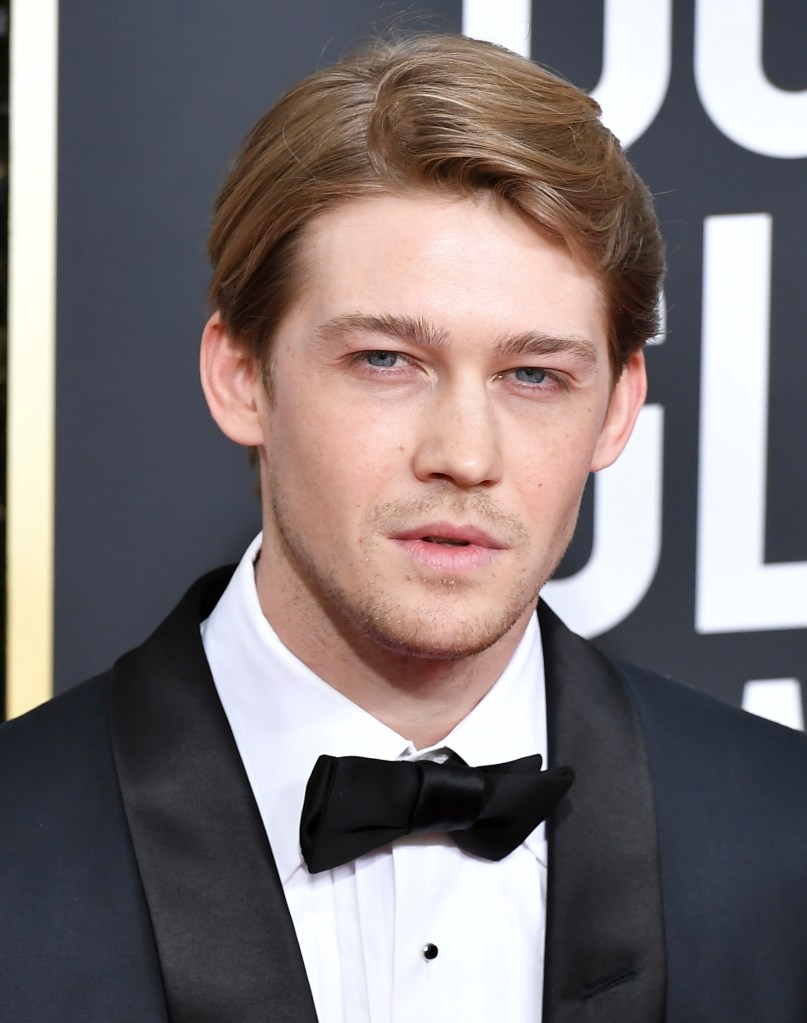 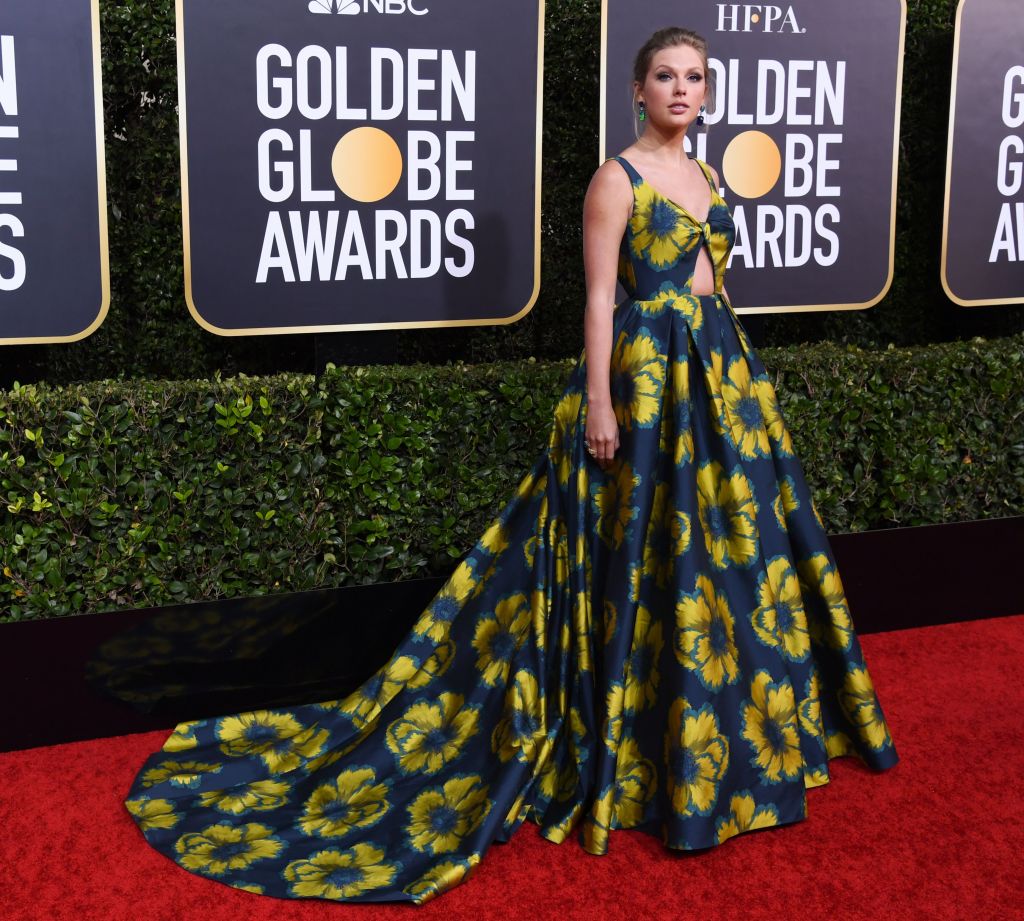 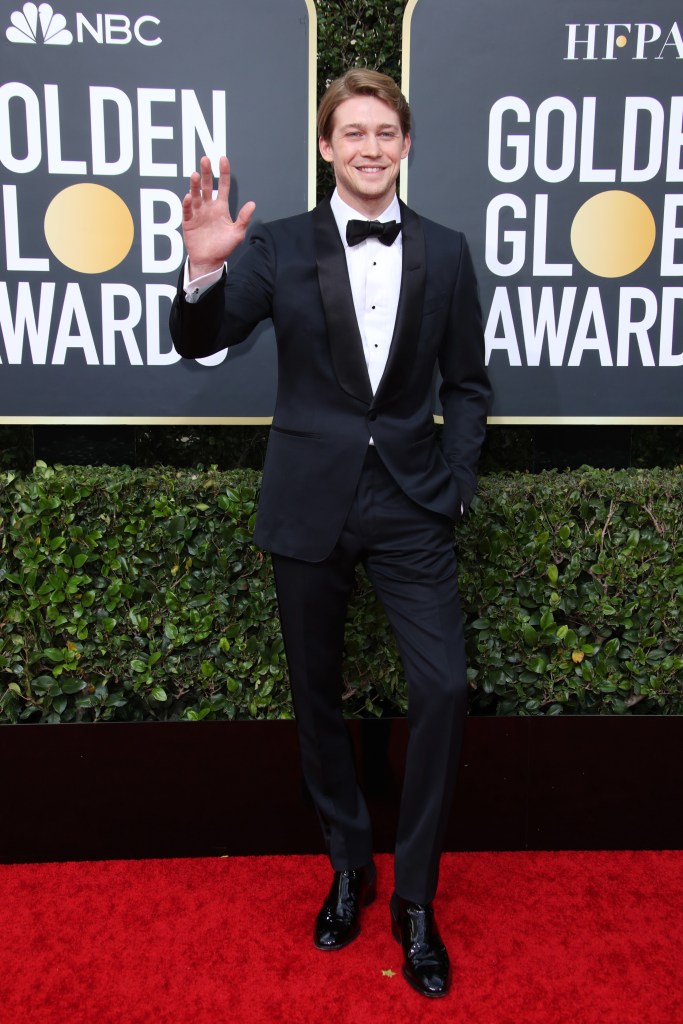 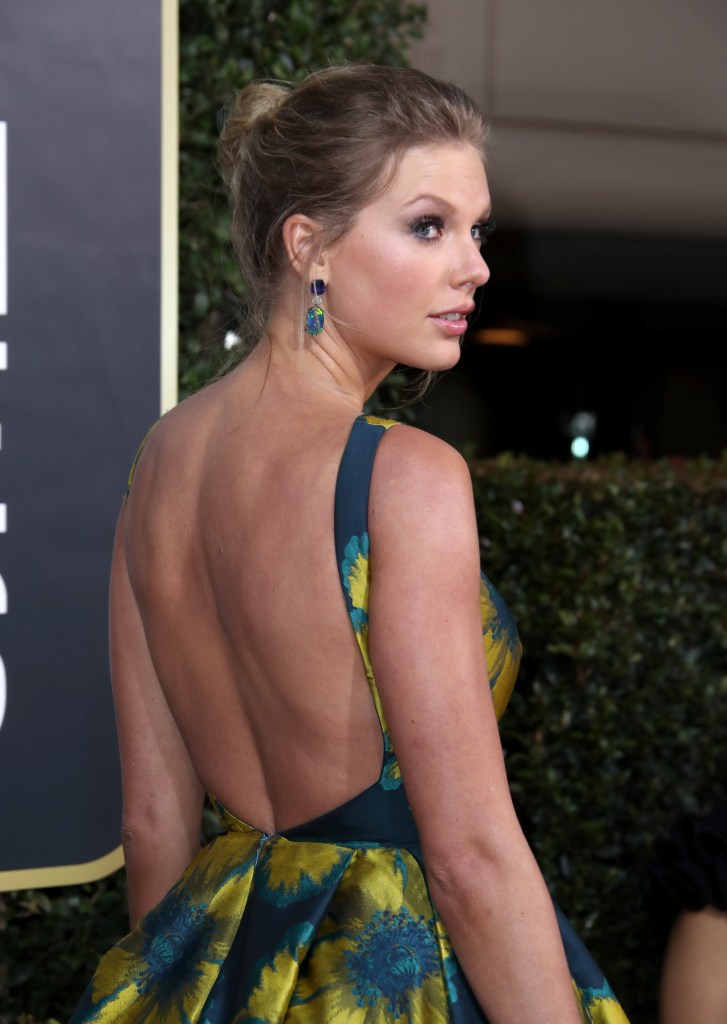