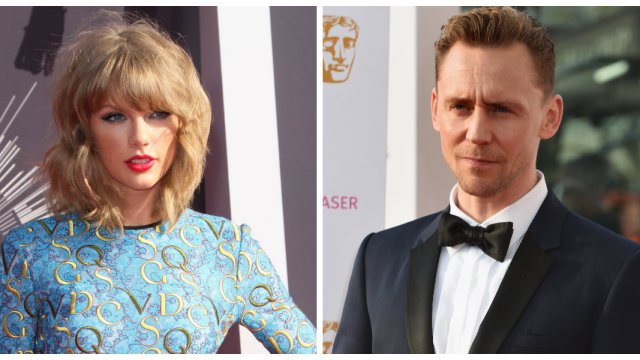 Someone needs to revisit to driver’s ed and learn how to brake! According to a new report, it appears Taylor Swift (maybe you’ve heard of her? She’s this up-and-coming singer dating international sensation Tom Hiddleston) has already introduced her parents to her  seemingly smitten boyfriend.

According to Us Weekly, a source claims Swift and Hiddleston were in Nashville Thursday, as were Taylor’s parents “After lunching at Epice, Swift and Hiddleston headed back to her apartment, where her parents met the 35-year-old British actor who has seemingly swept their daughter off her feet,” the mag wrote.

MORE: The 50 Most Naked Celebrity Instagrams of ALL Time

Soulless cynics might implore the British actor—rumored to be in the running to the play the next big-screen James Bond—to run from the pop star’s grip (especially given her ex Calvin Harris‘ recent comments that Taylor “controlled the media” when they were together), but hey, people change right?

Still, the media circus seems like an unlikely change of pace for the formerly unrecognizable actor, who told Vulture in April, of letting his dating life play out publicly: “I think some things have to remain sacred … You could write that I’m single. There’s no ring on this finger.”