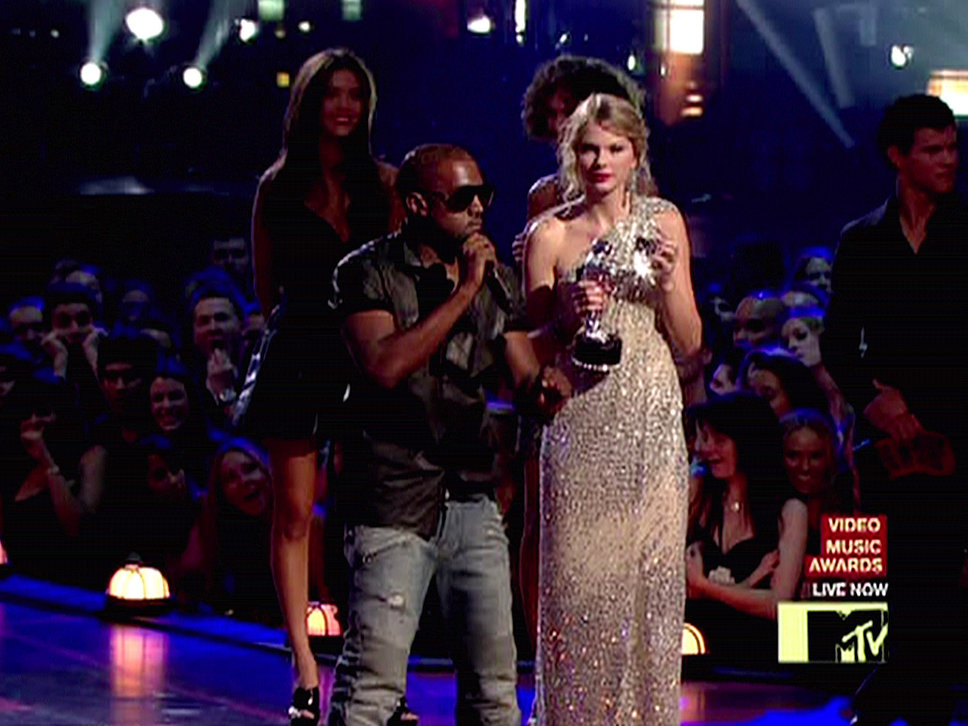 Taylor Swift‘s April 2013 Vanity Fair cover story has been a popular topic of conversation this week. In the piece, Swift claims to have only dated two men since 2010 (despite the media linking her to way more than that), defends her decision to buy a house right next to her ex-boyfriend Conor Kennedy‘s legendary family compound, and also takes a swipe at Tina Fey and Amy Poehler, who called out Taylor’s serial dating at this year’s Golden Globes. But it turns out, there’s even more.

In a print-only clip, via Vulture, the singer admits that she has a rather strange memory preserved in her house: a framed photograph of that moment at the 2009 MTV Video Music Awards when Kanye West interrupted her. Obviously, you all remember the incident, as it made headline news and is still talked about to this day, and is arguably largely responsible for Swift’s wide-reaching success. Perhaps she has the photograph up to commemorate the boost it gave her image (and, most likely album sales), but our guess is she has it up as a smug reminder of her resilience (and perhaps how much he’s suffered since).

Either way, something about this doesn’t sit right with us. If she has this photo up, who knows what else she’s got hanging in her house—dartboards with John Mayer‘s face in her attic, perhaps?

What do you think of her photo?