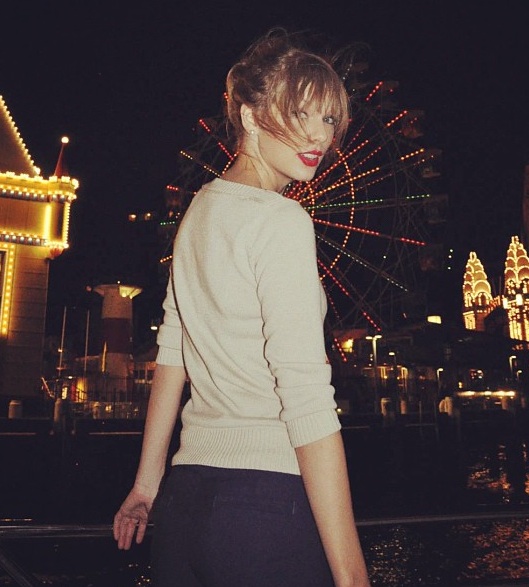 Before we delve any further into this sort-of scandal, it must be said that around here, we’re not the biggest fans of graphic T-shirts. In fact, we often muse on the many pointless slogans out there, or wonder why folks feel the need to plaster quasi-humorous messages across their chests. However, we do understand that message tees seem to be big business among a certain set of retailers, so it’s not terribly surprising that some backlash occasionally occurs.

The latest: It seems Taylor Swift fans are up in arms over an Abercrombie & Fitch T-shirt that says “#moreboyfriendsthant.s.” 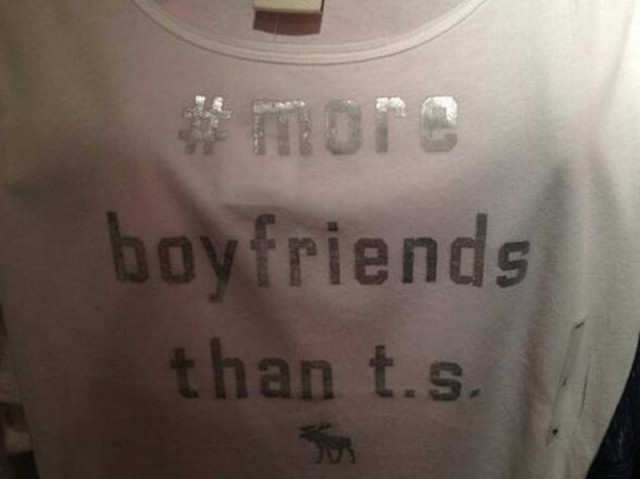 Honestly, apart from not being exceptionally cryptic, the shirt doesn’t seem to make sense for a number reasons, chief among them, why is there a period in a hashtag? It won’t work!

Anyway, we’re not sure why A&F—who landed themselves in some especially scalding water recently for comments about not making plus-size clothing because they want to appeal to cool kids—even bothered creating this T-shirt, except to maybe induce some publicity (hello, it worked) because it’s not terribly witty, nor is it really on brand (except for that slapped-on moose logo at the bottom), or, frankly, that cute.

However, none of those factors seemed to matter to Swift fans, who were so mad about the fact that the retailer felt the need to call the singer out on her serial-dating ways that they created a petition on Change.org asking Abercrombie to remove the shirt, with one particularly zealous fan going so far as to make a YouTube video explaining the situation, urging fellow fans to call the retailer’s PR line to complain, reported Buzzfeed, who smartly called the number and got this message:  “Thank you for calling Abercrombie & Fitch public relations. If you are calling regarding the Taylor Swift t-shirt, please note this is no longer available.”

Since then, A&F has done done some backpedaling—they pulled the shirt from shelves, and tweeted their love for Taylor Swift.

Hey #swifties we no longer sell the tshirt. We <3 Taylor’s music and think she’s awesome!

No matter how silly we think the T-shirt is, it’s a work of sheer genius compared to these graphic tees that make absolutely no sense.