If Taylor Swift thought she could just take every album she’s ever released off Spotify and not make a peep about it, she thought wrong. 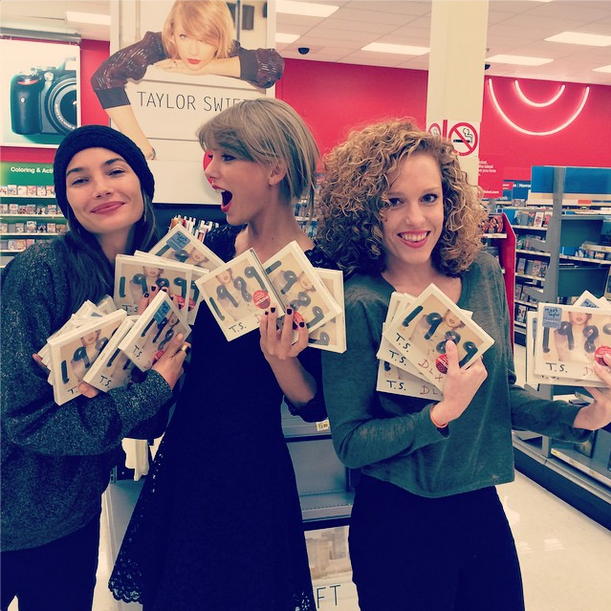 Taylor Swift buying her album at Target with Lily Aldridge and her BFF Abigail. Photo: Instagram

But this is Taylor Swift we’re talking about, and when she was asked to defend her actions, she had a perfectly crafted reason to back up her seemingly humongous decision.

“If I had streamed the new album it’s impossible to try to speculate what would have happened,” she told Yahoo! in a new interview that covers everything from how she stalks her fans to her next official single. “But all I can say is that music is changing so quickly, and the landscape of the music industry itself is changing so quickly, that everything new, like Spotify, all feels to me a bit like a grand experiment. And I’m not wiling to contribute my life’s work to an experiment that I don’t feel fairly compensates the writers, producers, artists, and creators of this music.”

Wonder how Spotify would feel if they knew Taylor called them an… experiment? She also said:

“And I just don’t agree with perpetuating the perception that music has no value and should be free. I wrote an op-ed piece in the Wall Street Journal this summer that basically portrayed my views on this. I try to stay really open-minded about things, because I do think it’s important to be a part of progress. But I think it’s really still up for debate whether this is actual progress, or whether this is taking the word “music” out of the music industry.”

And okay, she did give it a chance.

“Also, a lot of people were suggesting to me that I try putting new music on Spotify with “Shake It Off,” and so I was open-minded about it. I thought, ‘I will try this; I’ll see how it feels.’ It didn’t feel right to me. I felt like I was saying to my fans, “If you create music someday, if you create a painting someday, someone can just walk into a museum, take it off the wall, rip off a corner off it, and it’s theirs now and they don’t have to pay for it.’ I didn’t like the perception that it was putting forth. And so I decided to change the way I was doing things.”

MORE: How to Cuff Your Jeans Like a Boss

Looks like she won’t be shaking this thing off for awhile.