It’s a love story. Taylor Swift‘s boyfriend, Joe Alwyn, has been a fan favorite since news broke of their relationship in May 2017. And with rumors that the two could be engaged (or at least are headed in that direction), it’s no wonder that fans think Swift has found her forever.

Since the release of her debut single, “Tim McGraw,” in 2006, Swift has made love songs her bread and butter. With 10 Grammys, nine studio albums and seven number-one hits, there’s no doubt Swift is the queen of songwriting, especially when it comes to heartbreak ballads.  “I can’t deal with someone wanting to take a relationship backward or needing space or cheating on you. It’s a conscious thing: it’s a common-sense thing…I just don’t ever want to end up in a relationship that isn’t fair ever again,” she told Cosmopolitan in 2012. She continued about what she looks for in a partner. “I need that unexplainable spark…I just need to see someone and feel, oh no, uh-oh. It’s only happened a few times in my life, but I feel like if I was gonna be with someone forever, it would be because I saw them and I thought, oh no,” she said at the time.

Though Swift bares her soul in her music, she’s been famously private about her real-life relationships. Ahead is what we know about Taylor Swift’s boyfriend, Joe Alwyn, and who else in Hollywood has inspired her music. 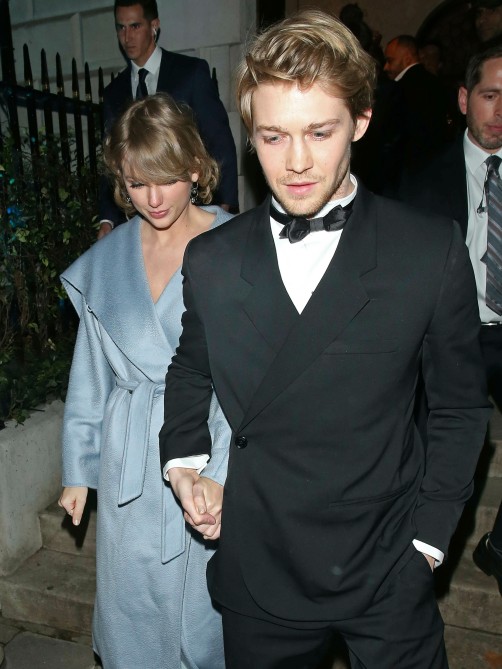 Swift and Alwyn met at the 2016 Met Gala, where Swift also met Hiddleston. The two sparked dating rumors in October 2016 when they both attended a Kings of Leon concert. A month later, Swift was seen attending the premiere of Alwyn’s movie, Billy Lynn’s Long Halftime Walk. New broke of their relationship in May 2017. In an interview with Esquire in 2018, Alwyn revealed if he sought advice about dating a celebrity. “I didn’t seek out advice on that,” he said. “Because I know what I feel about it. I think there’s a very clear line as to what somebody should share, or feel like they have to share, and what they don’t want to and shouldn’t have to.” Alwyn, who co-wrote a few songs on Swift’s 2020 album Folklore, is believed to have inspired several of Swift’s tracks, including “Gorgeous,” “Call It What You Want” and “Cardigan.” 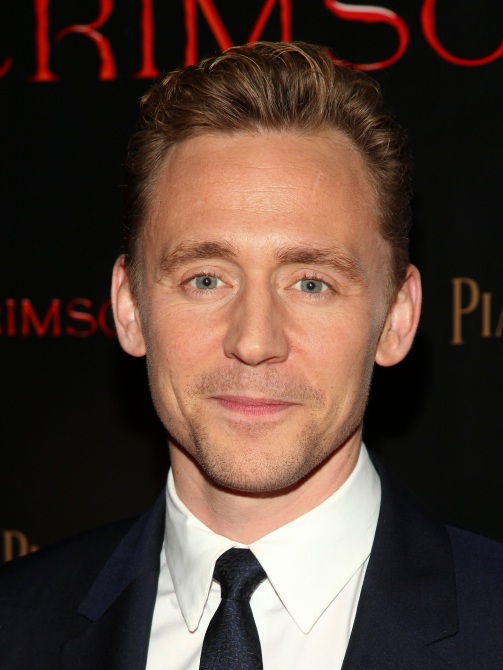 Swift and Hiddleston, who is believed to have inspired songs like “Getaway Car,” surprised fans when they were photographed kissing in Rhode Island in June 2016 after meeting at the Met Gala in May. However, the relationship was short lived as Us Weekly reported in 2016 that the two had broken up. “She was the one to put the brakes on the relationship,” an insider said at the time. “Tom wanted the relationship to be more public than she was comfortable with. Taylor knew the backlash that comes with public displays of affection but Tom didn’t listen to her concerns when she brought them up.” Now that they’ve split, the source says, Hiddleston is “embarrassed that the relationship fizzled out.”

In an interview with GQ in 2017, Hiddleston denied that his relationship with Swift was a publicity stunt. “Taylor is an amazing woman,” he said. “She’s generous and kind and lovely, and we had the best time. Of course it was real.” 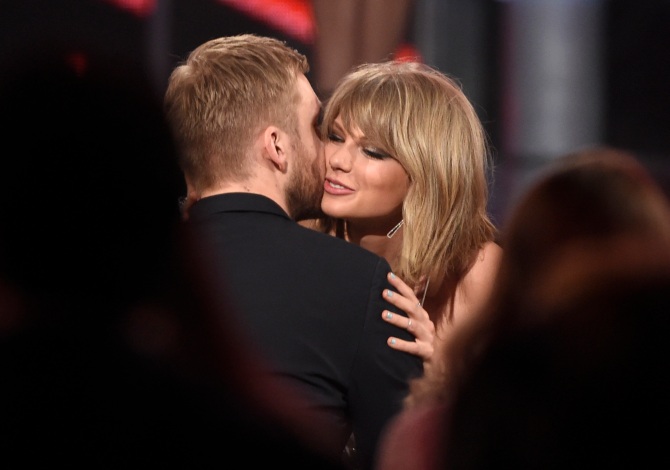 Harris, who dated Swift for 15 months from 2015 to 2016, is one of the singer’s most public relationships. Harris, who accompanied Swift to the 2015 iHeartRadio Music Awards and Billboard Music Awards, split in June 2016. A source told People at the time that Harris, who is believed to have inspired songs like “I Forgot That You Existed,” was “intimidated” by Swift’s success. “[Harris] said on multiple occasions that he was intimidated by Taylor, which is why he would not attend any events where she was being honored, or any award shows unless he was nominated,” the insider said.

Swift and Harris seemed to deny the report in a tweet at the time. “The only truth here is that a relationship came to an end & what remains is a huge amount of love and respect” Harris wrote in a tweet, which Swift retweeted. 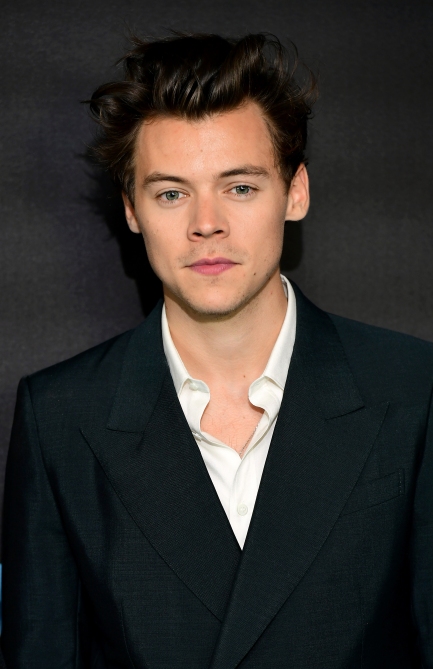 The exact timeline that Swift and Styles dated isn’t known, but it’s believed that the two were in a relationship from November 2012 to January 2013. Styles, who is believed to inspired Swift’s tracks “Style” and “Out of the Woods,” opened up about their relationship and what it was like to have a song written about him in an interview with Howard Stern in 2020.

“I think about what it means to me to write a song about somebody else and for somebody else to do that, it’s like flattering, even if the song isn’t that flattering, you still spent time on it and ultimately, using Taylor as an example, she’s a great songwriter. So at least they’re good songs,” he said. He continued, “The only time you really think, ’is this song too personal?’ is if you think about, ‘is this going to be really annoying for the other person?’ Because I do [care].” Fans speculate that Styles’ 2020 song “Two Ghosts” is about Swift. 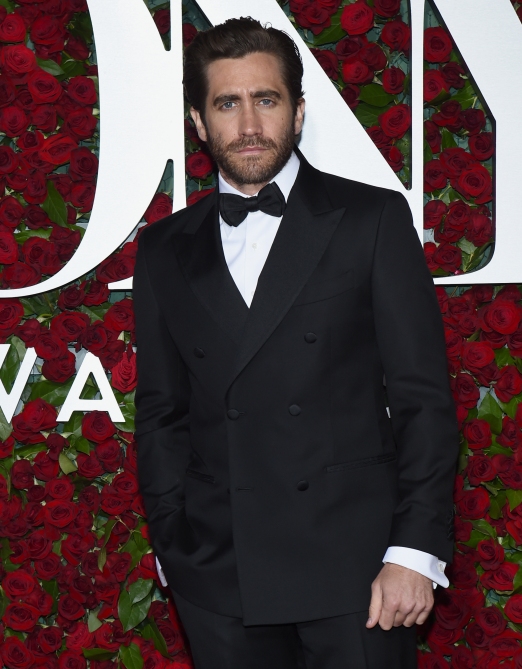 Swift and Gyllenhaal—who is believed to inspired her 2012 heartbreak album, Red—dated for three months from October 2010 to January 2011. In an interview with NPR in 2012, Swift explained the meaning of “The Last Time,” one of her songs from Red. “[It’s about an] experience I had with someone who was kind of this unreliable guy. You never know when he’s going to leave, you never know when he’s going to come back, but he always does come back,” she said at the time.

Though Gyllenhaal is believed to have inspired several songs from Red, including “We Are Never Getting Back Together” and “Moment I Knew,” fans have been the most interested in the lyrics that Swift wrote about Gyllenhaal in her song “All Too Well.” The heartbreak ballad, which is a fan favorite among Swifties, references how Swift left her scarf at Gyllenhaal’s sister’s house. Gyllenhaal’s sister, Maggie Gyllenhaal, reacted to the lyric in a 2017 interview on Watch What Happens Live. “I am in the dark about the scarf. It’s totally possible. I don’t know,” she said. 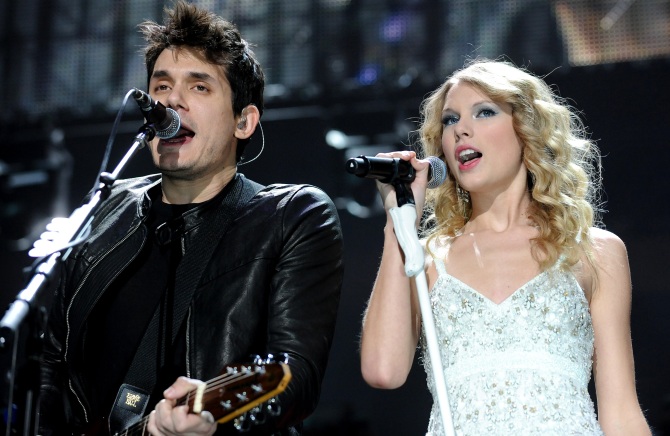 Swift and Mayer, who is believed to inspired songs like “Dear John,” “Superstar” and “The Story of Us,” dated briefly at the end of 2009. Their relationship came after Swift was featured on Mayer’s 2009 song, “Half of My Heart.” “[John Mayer] Twittered the other day that he wrote a song and he wants to make it a duet with me,” she said. “I freaked out when I heard because I’ve been such a big fan of John for such a long time. I’m really excited about just the idea that he would even mention me in his Twitter!” she told Elle in 2009.

In an interview with Rolling Stone in 2012, Mayer slammed Swift for writing “Dear John” about him. In the song, which was from her 2010 album Speak Now, Swift sang about a toxic relationship she was in when she was 19 years old. “I never got an email,” Mayer told Rolling Stone in 2012.. “I never got a phone call. I was really caught off-guard, and it really humiliated me at a time when I’d already been dressed down. I mean, how would you feel if, at the lowest you’ve ever been, someone kicked you even lower?” 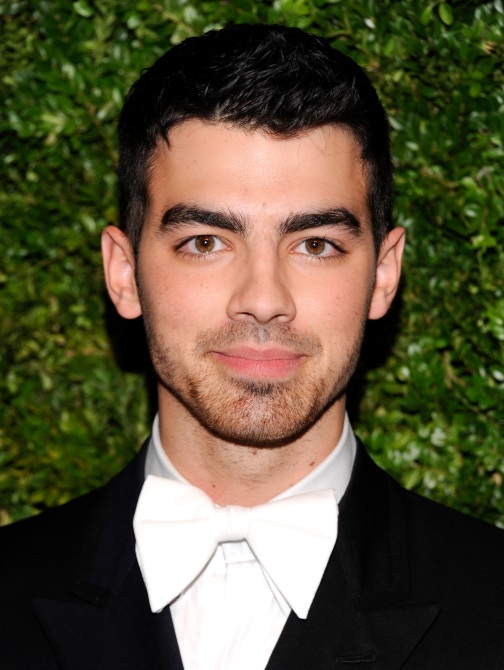 Swift and Jonas dated for three months from July to October 2008. In an interview on The Ellen DeGeneres Show in 2008, Swift claimed that Jonas—who is believed to have inspired songs like “Last Kiss,” “Forever & Always” and “Holy Ground”—broke up with her in a 27-second phone call. In an interview on Ellen in 2019, Swift called the moment “rebellious” and confessed that she regretted slamming her ex-boyfriend on the talk show. “Probably when I put Joe Jonas on blast on your show. That was too much. I was 18,” Swift said when asked by DeGeneres about her most “rebellious” thing she’s done. “We laugh about it now, but that was mouthy. Just some teenage stuff there.”