Fans are claiming that Taylor Swift copied Beyoncé’s Coachella performance during her big comeback at the 2019 Billboard Music Awards. Swift took the stage at the BBMAs with Brendon Urie of Panic! at the Disco to perform their hit song, “ME!,” for the first time. The stage was chock-full of sparkles, rainbows, butterflies, vibrant colors, and hearts—exactly the vibe of T-Swift’s new Instagram aesthetic. But she has been called out for starting her performance off with a drum line. It did feel very reminiscent of Beyonce’s iconic Coachella show last year, which was just revisited in her Netflix documentary, Homecoming.

The Beyhive is ~buzzing~ and it’s not super positive. To be fair, drumlines are not an original idea. People have been falling into formation long before Beyoncé made it a thing. However, there are some striking similarities between the execution of the performances, and we think that’s why people are upset. Fans quickly made their digust known on Twitter, calling out the “Gorgeous” singer for copying Beyoncé. Comments ranged from, “I don’t know if y’all are seeing this, but Taylor Swift is gentrifying Beyoncé’s Coachella performance right now” to “Taylor Swift, imma let you finish but Beyoncé had the greatest drum line of all time” to “How dare Taylor Swift copy off of Beyoncé’s Homecoming with the marching band!!! Have some originality, you can be inspired but don’t just straight-up copy it. If Homecoming wasn’t out, she would not have done this and we all know it.”

SO—is the hate fair? We honestly can’t say. What we do know is, imitation is the highest form of flattery, right? So perhaps T-Swift was paying homage to our Queen. To be fair, Swifty also performed with a marching band during her Fearless Tour in 2009. Regardless, it will forever be known that Beyoncé absolutely crushed it with Homecoming — paying homage to the legacy of Historically Black Colleges and Universites and their long hisotry of marching bands. She is, and always will be, a true icon.

Also, we think the more pressing question is, why is no one talking about the fact the Urie literally flew onto the stage fully copying Mary Poppins? 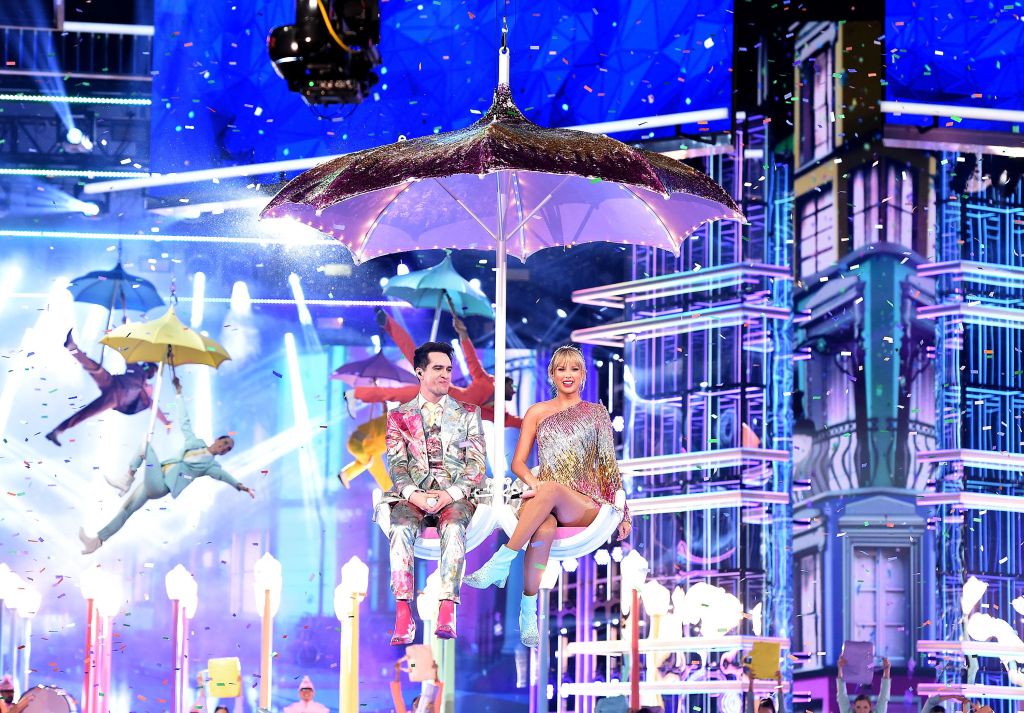 Anyone? No? Just us?

ANYWAY. Take a look at the two lady’s performances below. T-Swift’s was actually pretty cute and kind of a throwback to OG Tay Tay (pre-“Look What You Made Me Do”).

And then, of course, Queen Bey.

Honestly, there is no comparison.