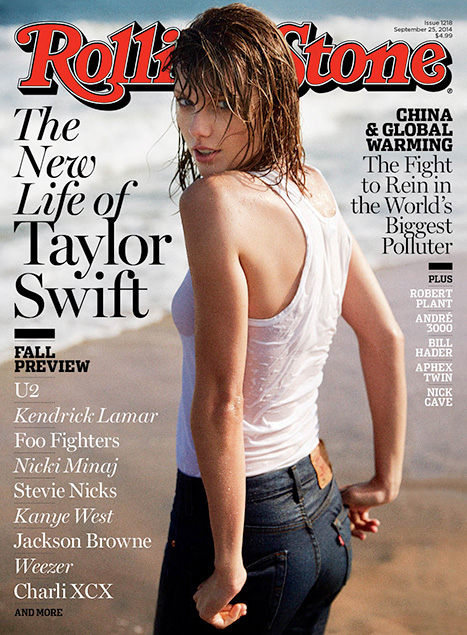 Taylor Swift is no stranger to writing about failed relationships, but apparently she’s not afraid to dish about females who have wronged her, as well. On her upcoming album, 1989, Swift has included a song called “Bad Blood” about an enemy—a famous one at that—who’s female and in the music business.

MORE: An Alphabetized Guide To Taylor Swift’s Many Celebrity BFFs

In the recent issue of Rolling Stone, Swift opened up saying: “For years, I was never sure if we were friends or not. She would come up to me at awards shows and say something and walk away, and I would think, ‘Are we friends, or did she just give me the harshest insult of my life?…[Then last year] she did something so horrible. I was like, ‘Oh, we’re just straight-up enemies.’ And it wasn’t even about a guy!”

Besides the fact that this enemy is clearly someone famous, your guess is as good as ours as to who it is. “It had to do with business,” Swift hinted. “She basically tried to sabotage an entire arena tour. She tried to hire a bunch of people out from under me. And I’m surprisingly non-confrontational—you would not believe how much I hate conflict. So now I have to avoid her. It’s awkward, and I don’t like it.”

She wasn’t afraid to share how closely this song mirrors her life, though. “Sometimes the lines in a song are lines you wish you could text-message somebody in real life. I would just be constantly writing all these zingers — like, ‘Burn. That would really get her,'” she said. “And I know people are going to obsess over who it’s about, because they think they have all my relationships mapped out. But there’s a reason there are not any overt callouts in that song.”

“I know people will make it this big girl-fight thing. But I just want people to know it’s not about a guy,” she explained. “You don’t want to shade someone you used to date and make it seem like you hate him, when that’s not the case.”

Commenters on sites like Us Weekly have been busy weighing in on who they think the mysterious enemy could be, and a few names tossed in the ring include Miley Cyrus, Katy Perry, Carrie Underwood

Do you have a guess as to who this enemy could be? Share your thoughts in the comments below!