For years, fans of food have craved for better representation in culinary travel media, an environment long dominated by white men. In a time when food media empires, like Bon Appétit, are crumbling under the discovery of racist and toxic workplaces, Hulu’s Taste The Nation, created and hosted by Padma Lakshmi, includes the best elements of popular food and travel shows, while staying reverent of the diverse stories it shares.

Who is this show’s audience? Taste The Nation is for anyone living in the U.S.A. and for anyone who wants to understand this country’s people and complex culinary culture. Spread across 10 episodes and spanning coast to coast, Taste The Nation shares the stories and challenges of 10 immigrant and indigenous communities in America. It offers insight into their food culture and traditions, and what it means for them to live and work here. Each episode includes perspectives on important issues that impact these communities’ lives: health care, childcare, immigration and environmental concerns. Taste The Nation educates the viewer in how food and its history are inherently intertwined with American politics, especially as we near the 2020 local and national elections. 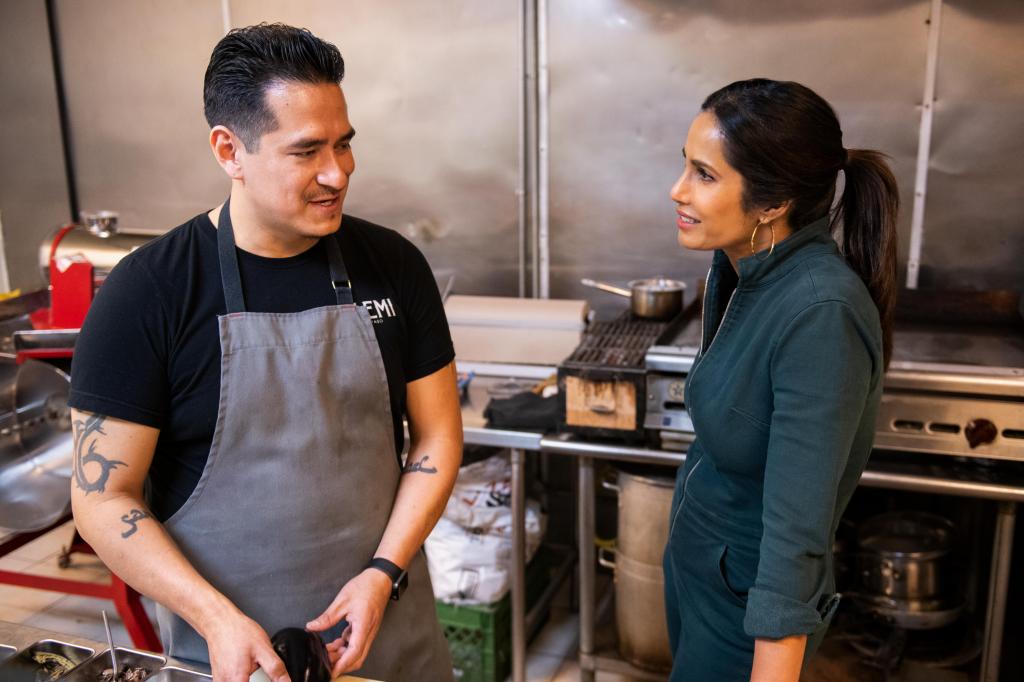 Lakshmi’s social profile makes it abundantly clear: She is a strong and vocal advocate of equality for all. Her 2016 memoir, Love, Loss, and What We Ate, offers an insight into her complex and sometimes traumatic personal life that shaped her present outlook on food and culture. Despite her celebrity status and role as the host of Bravo’s Top Chef, Lakshmi has admitted that it was so difficult to find a network that wanted Taste The Nation that she almost gave up on the series. But, to quote her intent of “not wanting to squander the opportunity,” she effectively used all the tools in her toolbox: her charm to make the guests of the show feel comfortable; her empathy to listen to stories; and her culinary skills to help prepare a dish or two in every episode.

But the show’s narrative goes beyond polite dinner conversations among strangers. Lakshmi uses this platform to make space for her subjects’ stories rather than perpetuate cultural tropes. For instance, she tackles culinary stereotypes head on in the episode “What Is Chop Suey Anyway,” where she helps viewers understand the evolution of American-Chinese cuisine in the context of the Chinese Exclusion Act of 1882, the first restrictive immigration law in America. With her guests, she also shares her own experience of ethnic discrimination and the struggle to maintain cultural continuity and honor one’s cultural roots. In the episode “The Original Americans,” Lakshmi invites perspectives from indigenous food activist Felicia Cocotzin Ruiz and Twila Cassadore, a traditional food forager and educator, who each share the challenges of Native Americans around food insecurity. Lakshmi discusses environmental concerns for local crab fishermen in “The Gullah Way” and attempts to share how the Gullah community is working to keep its traditions alive. 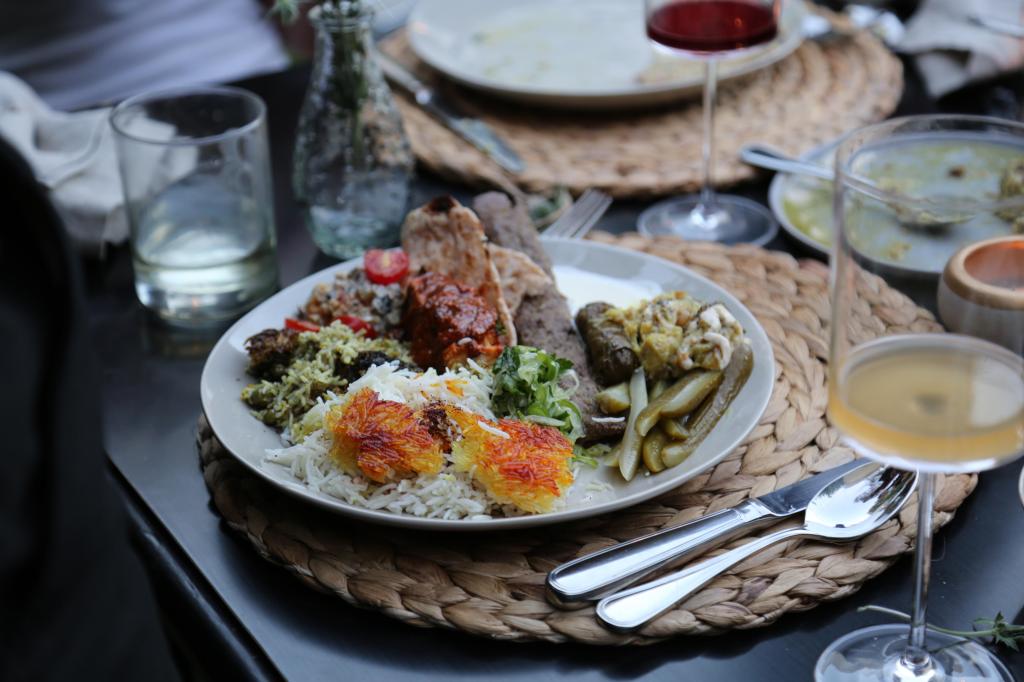 Lakshmi’s perfectionism shows in how she frames the questions for her subjects. She deliberately uses her screen time to equalize narratives— showcasing dishes from casual food stalls and street vendors to preparations by classically trained chefs, and by including perspectives from culinary experts, community leaders and members in every episode. Lakshmi appears measured, focused and careful to direct the conversations into personal spaces, using the comfort of one’s home and kitchen to understand their personal history better. Who wouldn’t have a confessional moment with a gorgeous celebrity, especially if she was holding their hand (like in the first episode)?

This show makes a case for all voices and opinions to be heard, because they all matter.

Some have critiqued that Taste The Nation isn’t well organized, thought-out or did enough to address more social issues in its first season. But the series strategically showcased a range of political and social issues. The episode “The Gullah Way” aired on YouTube on Juneteenth, as the protests around Black Lives Matter gripped the country. The first episode of Taste The Nation is about the Mexican cuisine in America and how it’s deeply tied to immigration. Across each episode, Lakshmi picks topics specifically impacting the communities she visits: immigration, international wars, environmental issues, cultural continuity and access to social, health, educational and financial services. In each episode, Taste The Nation astutely keeps the focus on individual stories and their food. It takes viewers to accessible destinations and neighborhoods within the United States to reflect the collective heartbeats of this nation. Then it isolates singular life experiences as a reminder that, at the end of the day, our individual experiences matter most. 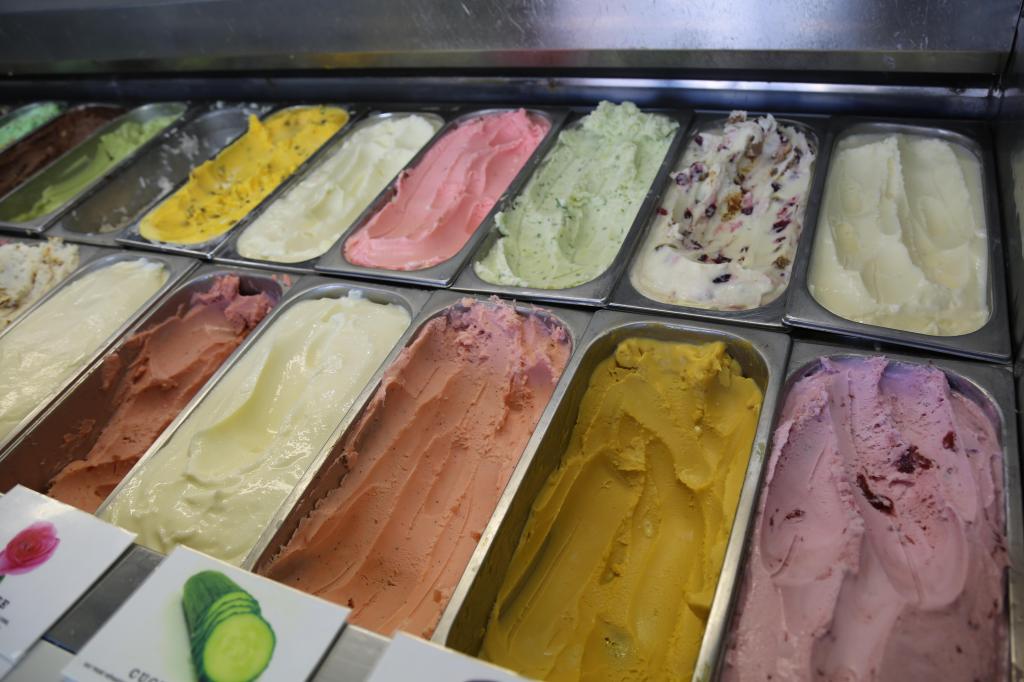 Any food show cannot be all things to all people. Even an expert might only be able to cover a small portion of a topic in a short amount of time. Yet, Taste The Nation achieves more in its short one season than critics pick on it for. Of the many constant threads in the show, Taste The Nation includes a reminder that America is a result of political ideologies, wars and discrimination spread across centuries.

It offers everyone a starting point, especially for the younger generation who is still struggling to find their voices and identities, while craving more accurate representations in the media and in history books. This show might even embolden them to claim their complex identities—and not wait until they’re older or when they face discrimination themselves. Taste The Nation stands up, finally, for all those young people whose lunch boxes once bothered classmates. It reminds them to take the opportunity now when they have a chance to combat discrimination and influence local and national governance, as people who may be voting for the first time in the 2020 elections. This show makes a case for all voices and opinions to be heard, because they all matter.

In this long fight for representation and equality, Taste The Nation is so much more than just another food show on TV or one about immigrant cuisines in the United States. It shows that it takes many kinds of humans to make this country. Taste The Nation is deeply political without being radical—it humanizes the country regardless of individual political beliefs. It offers a snapshot into where the country is now: a product of rampant systemic discrimination and politics, globalization, foreign affairs and inequities in all social classes. It offers viewers an opportunity to see this country for what it is and serves as a reminder that we can be part of shaping its future. Even if Taste The Nation changes the opinion of just one viewer and creates an opportunity for dialogue, encourages empathy, it is a success. Taste The Nation is about what makes the U.S.A. the country it is—and one beautiful brown woman’s clever attempt to get us all to see it.

For a country that loves road trips, the pandemic may be the worst time for Taste The Nation to debut, but in a way, it may also be the best. The show invites viewers to understand how political decisions change the daily lives and futures of many marginalized communities in America, many of whom work blue-collar jobs. It inspires viewers to become aware of and become engaged in local and national politics. It encourages viewers to pay attention to the social and environmental issues that impact their communities in order to usher positive change that benefits all. While our respectful culinary tourism trips will have to wait until it’s safer, we can taste the nation vicariously through immigrant memoirs and related cookbooks and commit to making this country better, safer and truly representative.