If you’re too young to know what a Tamagotchi is, then you can just stop reading, because this delightful piece of news is exclusively reserved for those segments of the population who were old enough to experience the magic that was the original digital pets. First released in 1996, the cult-loved Japanese toy was a handheld egg-shaped pet that you “took care of,” and if you didn’t do a good enough job of it, your pet died. It was all very existential, really.

And now, they’re back! Japan-based toy company Bandai, which released the original version of the digi pets, is re-releasing the insanely popular toy next year in America. Now dubbed “Tamagotchi Friends,” the toy has maintained its core properties, but with a few updgrades: user can know choose what kind of digi-pet they would like to have, and this time they come in little cartoon people forms. These stand in contrast to the formless blob of 1996. 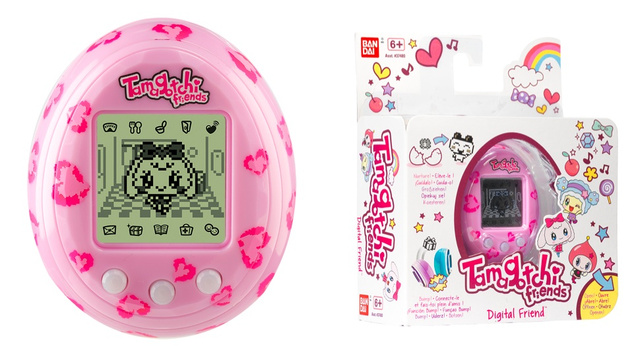 Another fun upgrade: the new Tamagotchis come with “short-range communication,” which allows you and another user to bump your toys together to allow them to “play.”

The new toys are slated to arrive to the U.S. during Fall of next year, and they’ll be just $20 a pop. Are you as excited as we are? Because we’re already counting down—only one year to go!