Look, we’re not gonna beat around the bush here—when SZA didn’t show up to the 2019 Grammys, we were bummed. We get it—her album, CTRL, was absolutely snubbed at the Grammys in 2018—but she looked incredible at last year’s awards show, and we were prepared for more SZA sartorial magic at this year’s Grammys. Unfortunately, we never got it—until now. SZA’s 2019 Oscars look was everything we hoped her 2019 Grammys look would be and more. Style Christmas came two weeks later than expected, but hey—we’re not mad about it.

SZA arrived at the 2019 Oscars wearing a baby pink Vivienne Westwood ball gown with a seriously structured high-low silhouette. From the delicately textured bodice to the fringe-covered hemline, the gown felt very SZA—and also very on-trend. The singer was one of a number of stars to hit the Oscars red carpet in a pink poofy dress, an unexpected (but absolutely delightful) movement that swept this year’s red carpet. 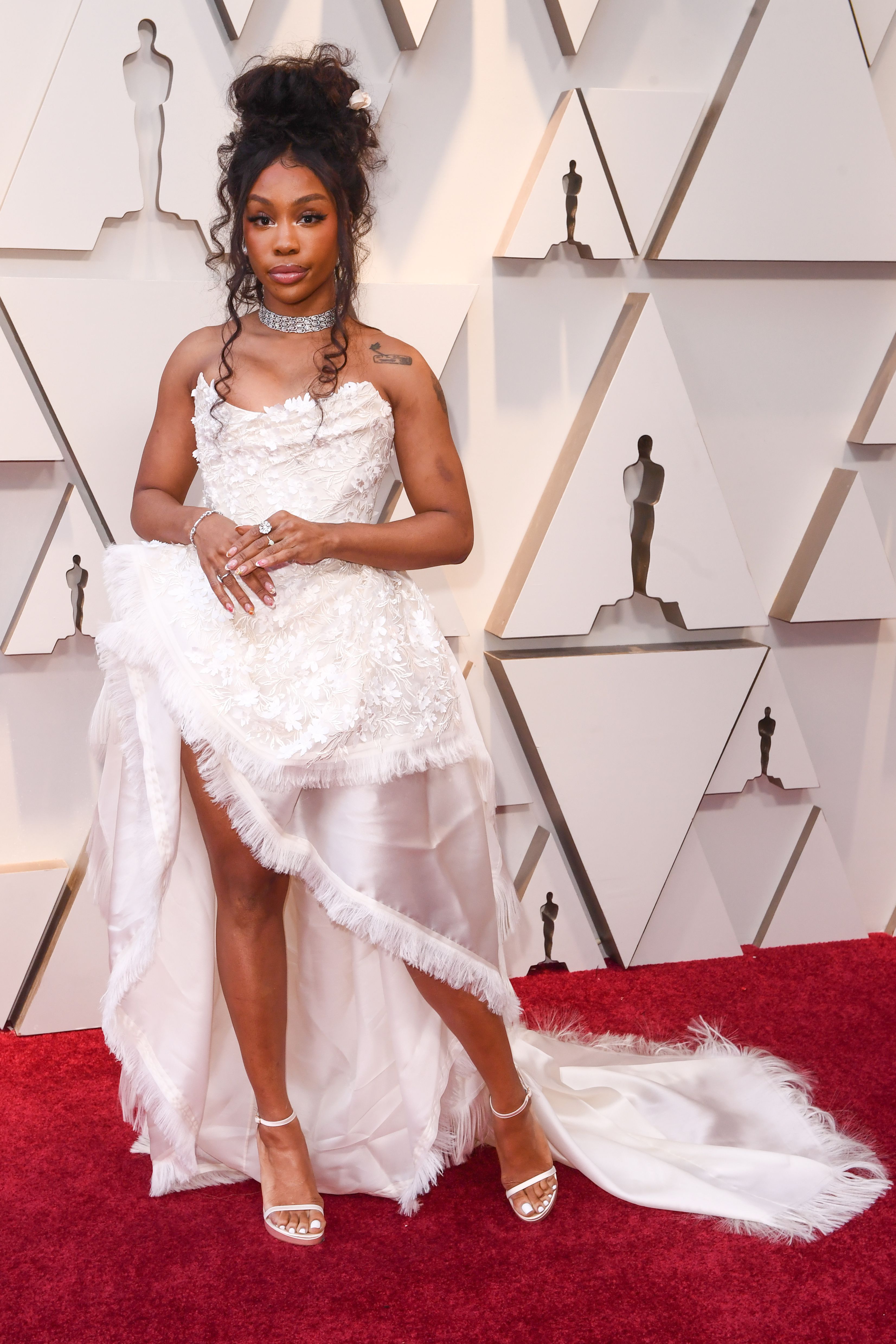 As if SZA’s Oscars look wasn’t perfect enough already, the singer accessorized her fairytale-worthy gown with a gem-covered choker and a pair of Stuart Weitzman custom-dyed NUDIST DISCO sandals. True to form, she left her hair in an ever-so-tousled updo, with tight curls cascading to frame her face. She kept her beauty look simple—letting her hair and gown do all the talking. (OK, that sparkly AF choker did some of the talking, too.)

SZA is nominated for one Oscar this year—”Best Song” for her work on Black Panther’s “All the Stars” with Kendrick Lamar. Though Lamar and SZA won’t be performing the song at this year’s Oscars (don’t get us started on that one), we’re delighted to see the artists getting the recognition they deserve. As far as we’re concerned, the more SZA fashion moments we can get our hands on, the better—we’re just ecstatic she decided to show up to this awards show and gift us all with her presence.