Sydney Sweeney is in the midst of filming the second season of Euphoria, the HBO teen drama that made her a Gen Z household name. But little do fans know that Sweeney almost didn’t star in Euphoria. In fact, she almost didn’t even audition for the show.

“What’s crazy—and this is going to sound really bad—is when I first got sent the audition, I was too nervous to go do it,” Sweeney tells StyleCaster. “I grew up in a smaller town with my family, who are a little more conservative, and I was like, ‘They’re going to kill me if I do something like this.’ The audition got sent again to me. I read it again, and I was like, ‘This is so incredible. How could I pass an opportunity like this?’ I’ll just really try to explain this to my mom one day. I put myself on tape. I didn’t even go in, and I ended up booking it off the tape.”

However, the audition wasn’t Sweeney’s only hurdle. After she was cast as Cassie Howard in the HBO series, she had to make a decision to either star in Euphoria or a Netflix show. “When I first received the audition, it was a pilot. It wasn’t even a picked-up series. So I was like, ‘I’ve never done a pilot before,’” she says. “Three days before, I booked a Netflix show. It was a straight-to-series. I would be a series regular, and I was really weighing my options. Do I go do a pilot for HBO on an incredible show but run the risk of not having a series? Or do I do a Netflix series that’s already picked up but my role is not as big? I had a personal conversation with [Euphoria creator] Sam Levinson, and he just told me his vision and everything about what he sees and wants to achieve in the show. There was no way I could not be a part of this, so I signed on and here we are.” 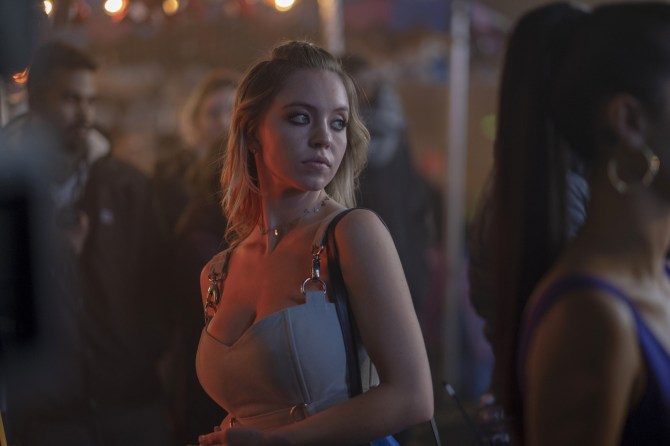 That Netflix show was the teen supernatural horror Chambers, which was cancelled after 1 season. “I’ve never told anyone but it was Chambers. I don’t remember the name [of the character], but I do remember she was a girl in school,” Sweeney says. “If I don’t do something or I don’t get something, I block it out.”

Sweeney’s Euphoria fame has allowed her to partner with brands like BIC razors, a company that she’s been a fan of since she was young. “Ever since I was little, the importance of stretching a budget and being financially responsible was ingrained in me on a daily basis by my parents,” says Sweeney, whose personal favorite is the BiC Soleil Click 3 . “With BIC, they focus on having premium products for a great value. That’s something that really resonated with me.”

But affordability isn’t the only reason she’s a fan of BIC razors. “I know this sounds really bad, but sometimes I don’t use shaving cream. Just water,” she Sweeney. “I have really sensitive skin, so when I use certain shaving creams sometimes my skin will break out in rashes. With BIC razor blades, I’m able to shave with water and I manage to get by.”

Ahead, Sweeney talked to StyleCaster about Cassie’s storyline in Euphoria season 2, how Halsey told her about her pregnancy and whether she would ever return to The Handmaid’s Tale.

“I can tease that, when you ask about season 2, my heart drops. In a you-guys-have-no-idea-what-you’re-going-to-watch way. Cassie really needs to get her shit together. I can’t say anything else. Cassie has a crazy storyline in season 2 that I did not expect. Every time I read a new episode that Sam writes, my jaw is on the ground and I can’t believe this is something coming out of someone’s mind.”

On Zendaya winning an Emmy for Euphoria

“Everyone was so excited. Z won, Doniella [Davy], our makeup artist, won an Emmy as well. We were so ecstatic that Z and the whole team were being recognized for the hard work they put into it. There was a giant, excited text chain and phone call when we got back, like, ‘We’re here. We did this.’ I haven’t [seen the Emmy.] I have seen pictures. Maude [Apatow] and I got to present at the Creative Arts Emmy awards, so we got to hold the Emmys ourselves while we were standing on stage. I was like, ‘Do we have to give this up? Can I keep this?’” 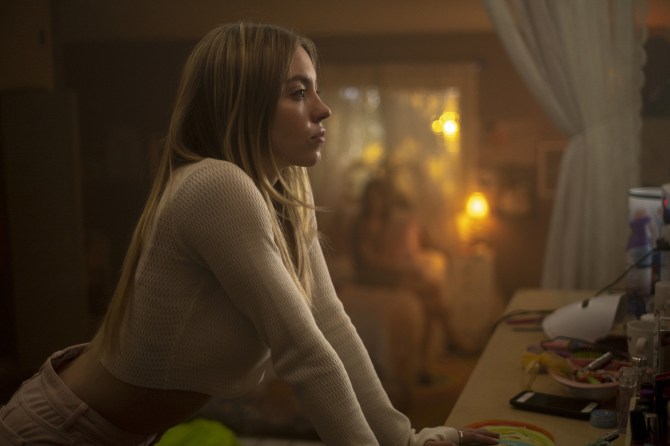 “I grew up a big Halsey fan in high school and going to her concerts. I loved all her music. She apparently was a fan of me as well. I asked my team, ‘You know, I really want to do a music video one day. That would be so cool.’ A week later, she reached out to her team like, ‘I’d like Sydney to do a music video with me. Do you think she would do it?’ It was perfect timing. We met and hung out and we became really good friends. Now we hang out all the time. About a year and a half ago, I got the rights to The Player’s Table, which is now called, They Wish They Were Us, the book. I was like, ‘This is the first thing I want to produce.’ I shopped it around to a couple different companies and I chose Jean-Marc Valée and Nathan Ross’ Crazyrose to partner and produce together. While we were looking for filmmakers, I was like, ‘How can I make this package even more sellable and even stronger female force?’ Being friends with Ash, she was telling me how she wants to act and having seen her in the music video, I knew she had it in her. I sent her the book. I was like, ‘Read this. Let me know if you like it because I think you would be absolutely incredible as the older sister, Rachel.’ She read it within two days, called me and was like, ‘I want to do this.’ So we brought her on and that was how everything fell together.”

On how Halsey told her about her pregnancy

“I knew a couple weeks before she announced it. She surprised me on a hike. It was nice. It was a personal moment.”

“My dream is to come back in a flashback. I message [creator] Bruce [Miller] all the time, like, ‘So…is Eden needed?’ My mom is a huge fan of the show, as well as all of my mom’s friends. I was obsessed with it. So when all of that came together, it’s still one of the greatest, most incredible moments of my life. I knew that she was going to be a recurring guest star with a really good arc in the season. I didn’t know exactly how she was going to die because they wanted to keep that vague and a secret to reveal later. When I found out, I hated Eden so much for her decision. It was a good way to go though. Because if I didn’t go, I wouldn’t be on Euphoria.”

Euphoria is available to stream on HBO Max.