When Sutton Foster told me the Younger season 7 cast had just gotten together for a Zoom table read, I couldn’t contain my excitement. One of my favorite shows on TV right now, Younger delivers the excitement, drama and fantasy I think so many of us look for in a show.

“We were supposed to film in March,” Foster tells StyleCaster. “But obviously that couldn’t happen.” Thankfully, the cast is back in NYC filming season seven as we speak.

“We drove down Columbus Avenue, and I was like, ‘Woah!’ Just to see all the restaurants in the street,” says Foster, clearly impressed, but not surprised with New York’s resilience. “I thought ‘OK, New York, this is how New Yorkers get it done. You just adapt you figured it out.'” Much like Liza and her years’ long journey of bending over backward to keep her age a secret. 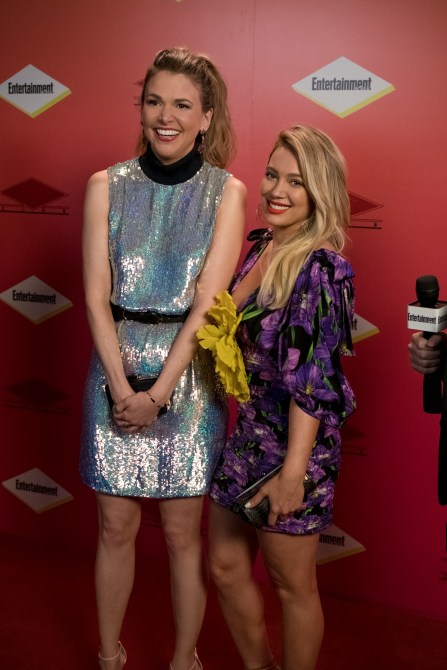 One of the major ways Liza tried to play up her inner Millennial was through her wardrobe. “I feel like her wardrobe has evolved with the seasons,” explains Foster. “At first, it was crazy, she was trying so hard to be a Millennial and she was pushing the envelope, which is kind of part of the fun,” she reveals with a laugh. Think: short hemlines, bold accessories and statement coats.

“I think as she’s become more authentic and confident, her wardrobe has actually simplified,” she continues “She wears a lot of simple shift dresses, but still very colorful and playful.” And you won’t catch her in an all-black ensemble any time soon. “She’s always wearing colors and everything has a flowy flirty style. And I think that will continue but I don’t think she’s leaning into that younger style,” she says. “I don’t think she’s wearing pleather mini skirts anymore.” Honestly, probably for the best, and Foster agrees.

So other than a more toned down but still fun wardrobe, what does season 7 have in store for us? “The only thing I can really say is the show picks up exactly where we left off, we start at Diana’s wedding,” reveals Foster. Reminder: Charles had just proposed to Liza, and just before, Liza told Josh to hold off on selling their hourglass tattoo to Infinitely 21. Liza, wake up and smell the lingering feelings! We can’t wait to see what goes down. 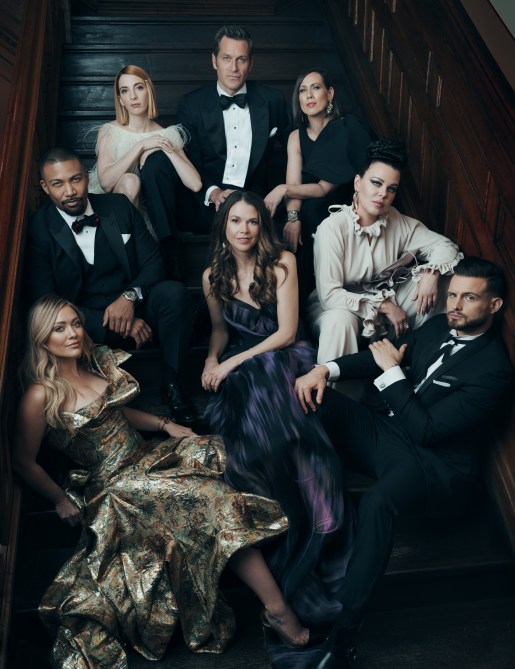 “I’m so excited to be back and I’m so excited to continue telling this story,” says Foster. “It was so cool to even just read the script and be like oh! these characters are a part of us now.” The chemistry between Foster and her co-stars— Hilary Duff, Debi Mazar, Nico Tortorella, Peter Hermann, to name a few—is undeniably palpable, and I love spending half an hour a week with them when the show is on air, but consider this my petition to make the episodes a full hour-long (are you listening TV Land???)

“It really has been one of the best jobs I’ve ever had. And that’s because of the people that I get to work with,” reveals Foster. “It’s really a special group of people.” Ah, the news I needed to warm my heart during these crazy times.

Foster is excited to get back to work, but being able to spend quality time with her daughter during quarantine was an unexpected blessing during this time. “I have an amazing partnership with Lactaid, which is 100% real milk, just without the lactose, and with Cookie Monster and we developed an awesome Cookie Monster smoothie bowl,” says Foster. “It’s something that I make with my daughter and because I have a close personal relationship with Cookie Monster now, that gives me super cool mom points,” she explained with a laugh. “It’s a fun way to get all the good stuff in your body.”

The premiere date for Younger season 7 is unclear, but we’re happy to know production is rolling and we’ll get to continue to watch Liza, Kelsey and the gang again in the near future.