And Just Like That—whose full title is And Just Like That…A New Chapter in Sex and the City—is a reboot of HBO’s comedy series, Sex and the City, which ran for six seasons from 1998 to 2004. The show, which was based on Candace Bushnell’s 1997 book of the same title, followed four women in their 30s and 40s—Carrie Bradshaw (Sarah Jessica Parker), Samantha Jones (Kim Cattrall), Miranda Hobbes (Cynthia Nixon) and Charlotte York (Kristin Davis)—and their sex lives in New York City. The show went on to win four Emmy Awards (including Outstanding Comedy Series in 2001) and release two movies, Sex and the City: The Movie in 2008 and Sex and the City 2 in 2010.

Who was Susan Sharon in Sex and the City? 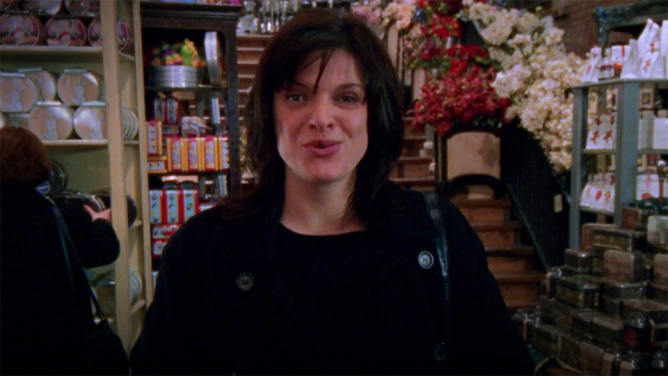 Susan Sharon’s second appearance was in “Change of a Dress,” the 15th episode of season four, where she runs into Charlotte, Carrie and her fiancé at the time, Aidan Shaw, at a restaurant. When Susan Sharon learns that Carrie is engaged, she asks to see Carrie’s engagement ring, which she wore as a necklace. When Susan Sharon asked Carrie why she wore her ring around her neck instead of on her finger, Carrie told her that it was so she could keep the ring closer to her heart. The episode later sees Carrie and Aidan break up after Aidan’s lack of trust in Carrie after he cheated on her with Big.

Who was Susan Sharon from SATC based on? 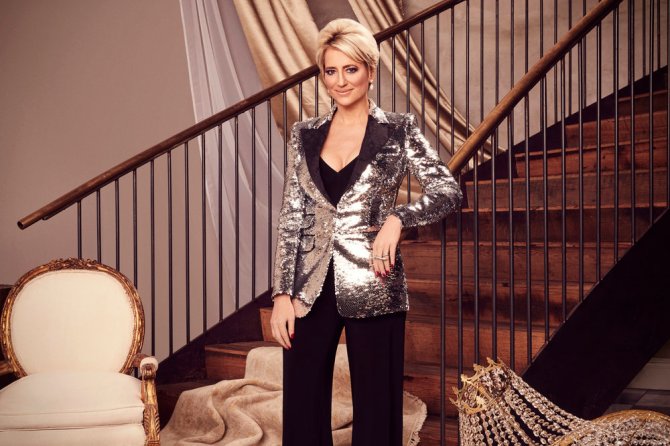 There are also rumors that Susan Sharon is inspired by Real Housewives of New York City alum Dorinda Medley, who starred on the Bravo reality TV show from season seven to season 12. Though Dorinda has never confirmed the rumors, season 9 of RHONY saw Dorinda and the author of Sex and the City, Candace Bushnell (who is the inspiration for Carrie), at a dinner party, where Dorinda told Candace: “I’ll tell you how I’m doing. Not well, bitch.” Dorinda’s late husband, Richard Medley, who died in 2011, also has the same name as Susan Sharon’s husband, though there are some who believe that Richard in Sex and the City was based on Dorinda’s first husband, Ralph Lynch.

Who is Susan Sharon in And Just Like That? 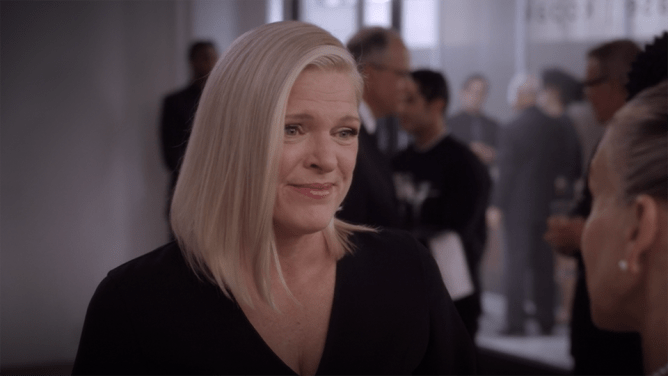 Who is Susan Sharon in And Just Like That? SPOILER! Molly Price reprised her role as Susan Sharon in episode two of And Just Like That, where she attended the funeral of Carrie’s late husband, John James Preston (a.k.a. Mr. Big), who died in the first episode of a heart attack. The episode first sees Susan Sharon in the audience of Big’s funeral as she whispers to a friend about how much of a “prick” Big was when he was alive. Later in the episode, Susan Sharon has a conversation with Carrie and Miranda, where she tells Carrie that she “forgives” her for something that Carrie doesn’t know about. “I forgive you. It’s over and in the past. When I read the obit in the Times, I said to myself, ‘Susan Sharon, life is too short to hold a grudge,'” she tells Carrie. “All of that is water under the bridge, I guess. So I said to myself, ‘Susan Sharon, let it go. Just fucking let it go! And go to Carrie and make things right with her, whether she wants to or not.’ I know you have a lot on your plate right now, and I’m not expecting and apology or a mea culpa, so just consider this your ‘get out of jail free’ card. I love you! I’m back. The end. And we can work this all out when you have the bandwidth.’

After Susan Sharon leaves, Miranda asks Carrie “what happened” between her and Susan Sharon, to which Carrie says she has “no idea.” So what happened between Susan Sharon and Carrie? That question won’t be answered until later in the season, but a script for And Just Like That leaked by Page Six in July 2021 hints that there may have been details about Big’s life that Carrie didn’t know about (which may be why Susan Sharon called him a “prick” at his funeral.) In the leaked script, Carrie, Charlotte and Stanford are at lunch when she reveals that her marriage wasn’t as perfect as she thought.  “I was taping the podcast, I was washing my hair. Yes, I wasn’t eating or sleeping, but at least I felt good about my marriage. Now I’m just one of the wives he was taking care of?” Carrie says.