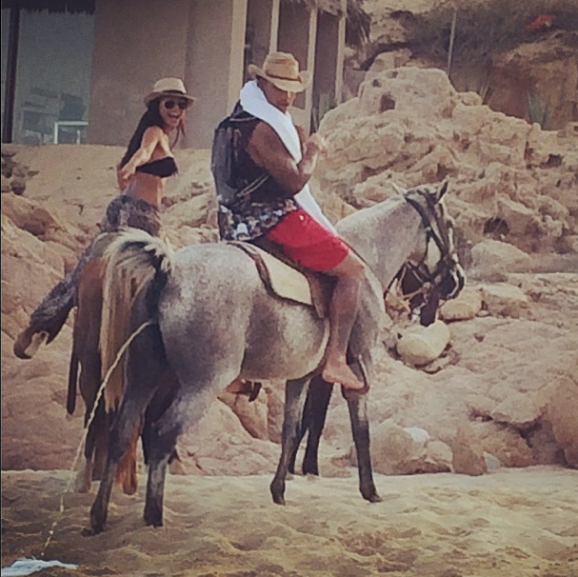 Naya Rivera and Ryan Dorsey during their surprise wedding in Mexico. Photo Via Instagram.

Naya Rivera made waves when she got hitched to Ryan Dorsey this week seemingly out of the blue, but she wasn’t the first celeb to have a surprise wedding. Here, 25 celebs who had weddings that seemingly came out of nowhere.

1. Naya Rivera and Ryan Dorsey: Just three months after breaking off her engagement to Big Sean, Naya Rivera shocked the world when she got married in Cabo San Lucas to Ryan Dorsey, a friend who she’s known for years, in July. Nobody knew she had a new boyfriend after the split, never mind a husband!

8. Beyonce and Jay-Z: The queen and king of music were wed in none other than New York City. Beyonce and Jay Z were joined by 40 loved ones in their Manhattan penthouse.

This story was originally published on OK! Magazine.

Why Andi Dorfman Changed Her Mind Last Minute About Nick and Josh
Are Ryan Gosling and Eva Mendes Having a Baby Boy?
The 8 Craziest Things Naya Rivera Has Ever Done