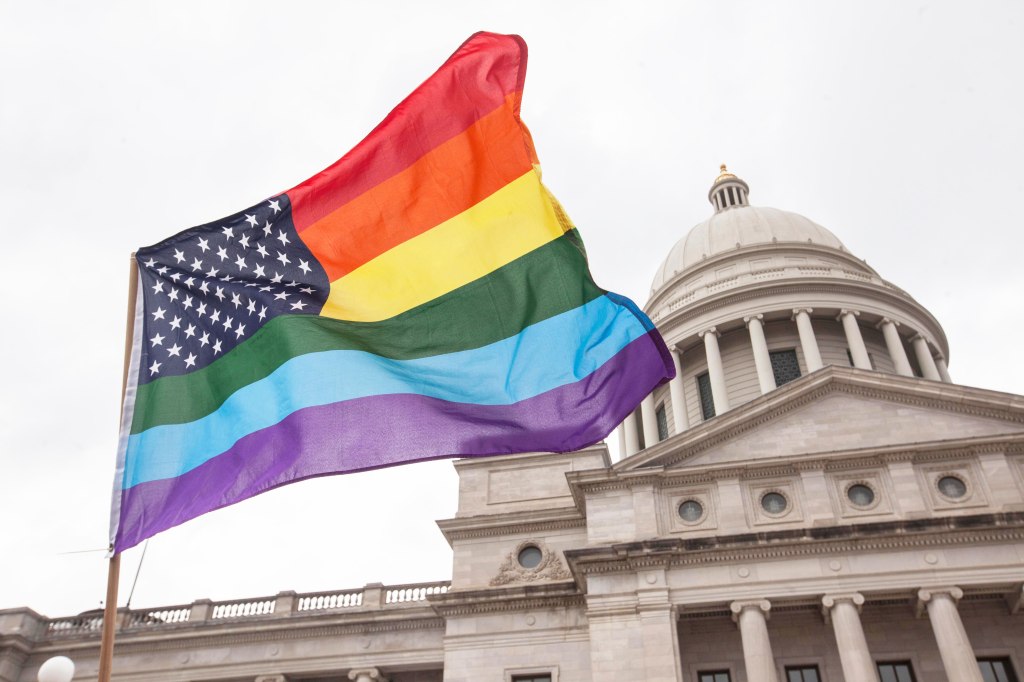 It’s been a long time coming, but finally same-sex marriage is legal across the nation.

Today the U.S. Supreme Court made a landmark ruling declaring that anyone who refuses to grant marriage licenses to gay and lesbian couples is in violation of the Constitution. Can we get a collective hurrah, please?

The majority of the opinion explaining the decision was written by Justice Anthony Kennedy, who said: “It would misunderstand these men and women to say they disrespect the idea of marriage. Their plea is that they do respect it, respect it so deeply that they seek to find its fulfillment for themselves.”

He added: “Their hope is not to be condemned to live in loneliness, excluded from one of civilization’s oldest institutions. They ask for equal dignity in the eyes of the law. The Constitution grants them that right.”