Normally sports aren’t exactly our cup of tea around here (have you seen our rationale for watching this year’s Super Bowl?), but when Dennis Basso designs a one-of-a-kind football helmet with a fur mohawk on top, we take note. And he’s not alone: 47 other major designers put their skills to the test in crafting haute couture helmets in honor of the upcoming Super Bowl XLVIII and amidst the NFL playoffs, adorning the head-protectors with flowers, fur, rivets, and other details.

MORE: How to Wear Designer Labels

Among the big names who took on the project: Marchesa’s Georgina Chapman, who astutely observed to WWD, “A football helmet is such a departure from what we normally design at Marchesa. [My husband, Harvey Weinstein] is a huge Jets fan.” Others who gave it their best shot: Diane von Furstenberg, Donna Karan, Mark Badgley and James Mischka, and Nicole Miller.

In addition to their colorful debut on WWD today, the helmets will also be on display at the 59th Street location of Bloomingdale’s in New York from January 15 through the end of the month. And it’s all for a good cause: the helmets will be auctioned off online at bloomingdales.com/superbowlhelmets, with funds raised going to the NFL Foundation, an organization that works to improve the safety of youth sports and activities nationwide.

Head to WWD to see more of the awe-inspiring designs, and when January 15 comes around, head to Bloomingdales.com to see the rest. 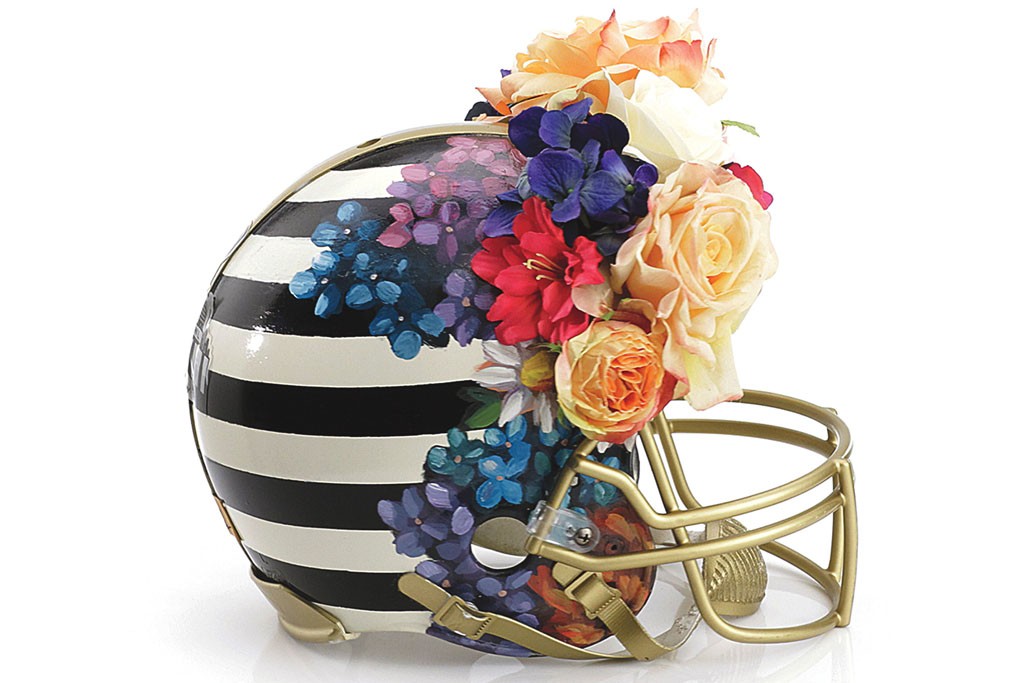 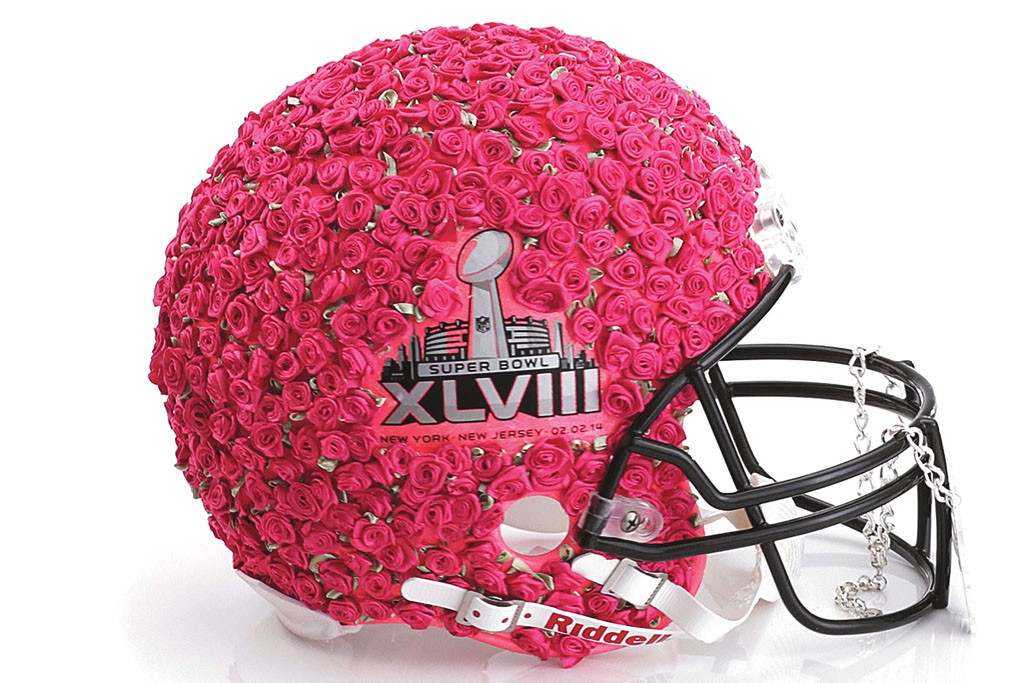 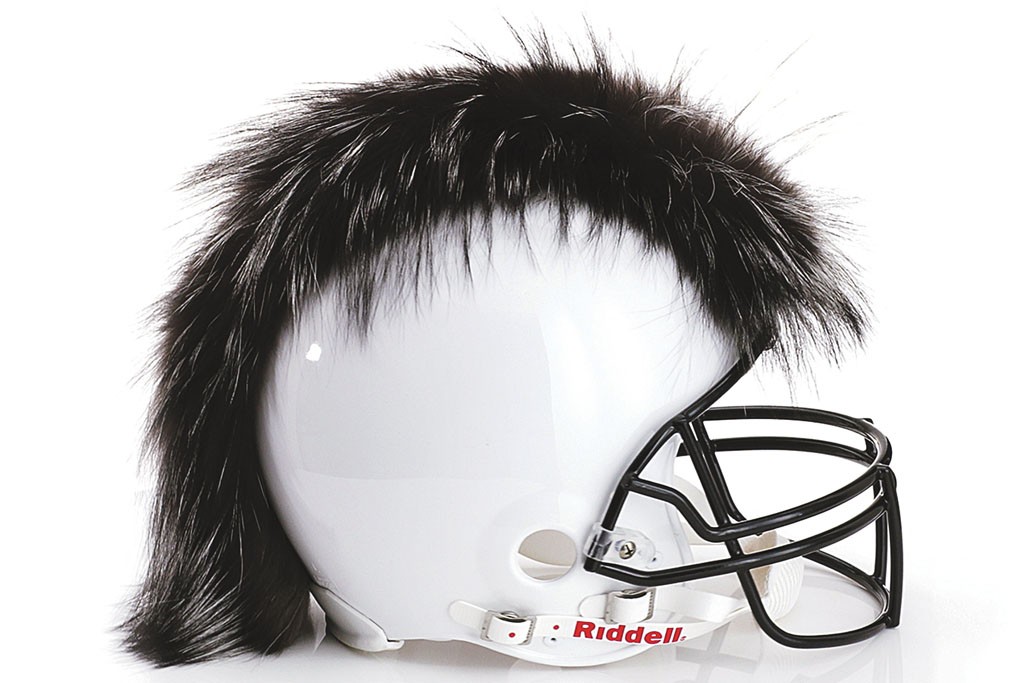 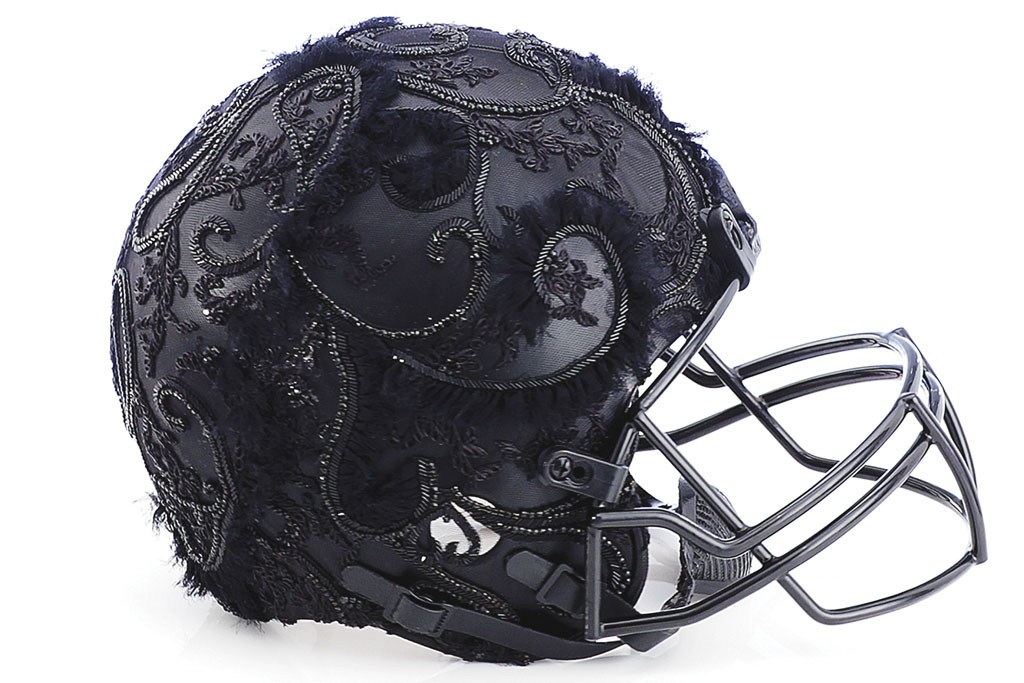 All Photos Courtesty of WWD