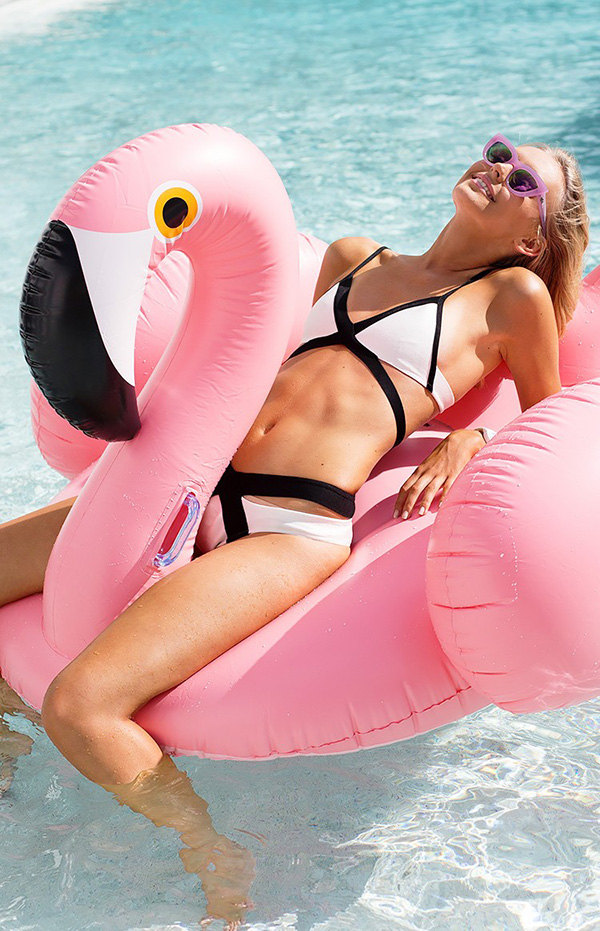 Inflatable swans have been such a big trend over the last few summers that the Wall Street Journal has written about it, Amazon has struggled to keep them in stock, and search for the hashtag #swanlife on Instagram and you’ll come across thousands of photos (we kid you not) of people lounging on the blow-up bird.

MORE: How To Plan a Dream Trip on a Budget

Well, there’s a new inflatable in town—the flamingo—and you better brace yourselves, because this thing is going to be everywhere this summer: clogging your Instagram feed, in your summer share’s pool, and on dozens of “must-have” summer lists written by magazines and blogs from now until August.

Made by Australian beach brand Sunnylife, the flamingo was recently made available to buy on J.Crew, and has already sold out on the site (yes, swan deja vu), but luckily it’s still available at several other retailers, and Sunnylife’s own site.

Still, keep in mind, it isn’t even Memorial Day yet. On top of that, the flamingo has already been a hit at Coachella this April, and has landed in the pool of various influencers, all while being painstakingly chronicled on Instagram.

Swimwear designer Jackie Brady of Cami and Dax Instagrammed it:

So did Rachel Zoe’s The Zoe Report:

The blog Sticks and Stones Agency is a fan of it:

Model Jesinta Campbell has one:

And blogger and interior stylist Heather Nette King used it as a prop in a photoshoot:

Heed our warning, get one while you can, this summer, it’s going to be all about the flamingo.