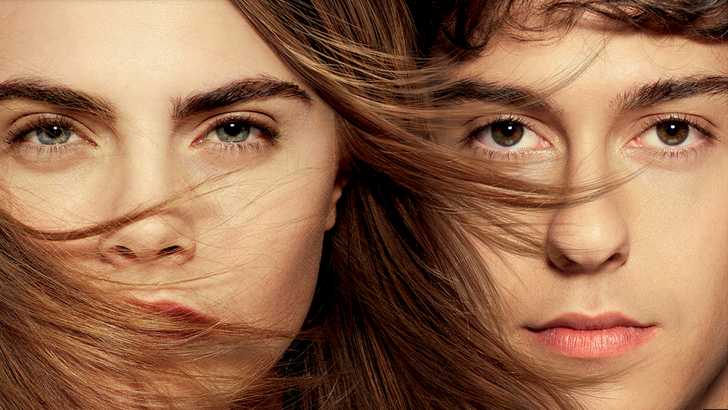 Summer’s a big season for lots of things—weddings, travel, festivals—but it’s also a major season for movies—and this year’s no exception.

Whether you want to laugh, want to cry, or just want to watch stuff blow up, check out this list of movies coming out—broken down by month, and all with movie trailers!

George Clooney stars in this Disney-produced sci-fi flick about a young woman who’s given a magic pin that gives her access to an alternate world called Tomorrowland. This other dimension contains the secrets of saving the current world from total degeneration. Oh, and did we mention it stars George Clooney?

Melissa McCarthy plays a top CIA analyst who’s bound to her desk, but has always dreamed of being a spy. After a few agents disappear, she volunteers to go in the field, undercover, and help to prevent a global disaster. Hilarity (obviously) ensues.

Bradley Cooper, Emma Stone, Rachel McAdams, Alec Baldwin, and Bill Murray comprise the all-star cast of this super-buzzy dramedy, directed by Cameron Crowe. Set in Hawaii, Cooper play celebrated military contractor returns to the site of his greatest career triumphs and re-connects with a past love while unexpectedly falling for the hard-charging Air Force watchdog assigned to him.

Finally, the crew is back for their first film. Vincent Chase (Adrian Garnier), together with his boys, Eric (Kevin Connolly), Turtle (Jerry Ferrara) and Johnny (Kevin Dillon), are back in business with Ari Gold (Jeremy Piven), as they attempt to make their own film.

This biopic follows the life of Brian Wilson, the Beach Boys’ lead singer. Through nervous breakdowns, health troubles, relationship and marital woes, we learn about Wilson, played by John Cusack, and the ways in which his influence irreversibly changed music.

Set in Inglewood, California, “Dope” follows the story of a high school geek who wants to avoid the influence of gangs and get into Harvard.

Mark Ruffalo stars in this heart-warming story about a broken, divorced family on the mend. Ruffalo plays a father who suffers from manic depression, the condition that lead to his divorce from the love of his life, played by Zoey Saldana. When the wife decides to attend business school, Ruffalo’s character must deal with his depression disorder, get his life together, and raise his kids well.

We really don’t think we need to even explain– Channing Tatum, shirtless, dancing, stripping. Sign us up.

If your a fan of “Despicable Me,” chances are, you’re a fan of minions. Or at least, your kid nieces and nephews are, so be a good relative and plan a movie date.

This romantic comedy tell the story of a funny, strong-willed magazine writer (Amy Schumer), who’s always been taught that monogamy simply does not work. And so, she lives a carefree, uninhibited life, without the stress or pressure to be committed to anyone. That all changes when she meets a funny and successful sports doctor, played by Bill Hader.

John Green, author of “The Fault in Out Stars,” is back with another heart-melter. “Paper Towns” stars Nat Wolff and Cara Delevigne, and it’s about a boy named Quinten who’s love with the most popular—and complicated—girl at his school, Margo Roth. After a night of debauchery, Margo disappears, only leaving behind clues for Quinten to decode. Honestly, we teared up just during the trailer.

With a strong cast, including Hugh Jackman, Rooney Mara, and Amanda Seyfried, this new take on “Peter Pan” interpretation goes beyond its storybook origins.

Marvel’s original and longest running superhero team is back in a modern retelling of the classic story. With a new, young cast, including Miles Teller, Kate Mara, Michael B. Jordan, and Jamie Bell, the film feels fresher and hipper than other superhero flicks that have come out recently.

Zach Galifianakis, Kristen Wiig, Owen Wilson, and Jason Sudeikis star in this film about two characters trying to pull off a $17 million heist. As assumed, everything falls apart and gets messy as the pair become careless and get involved with some dangerous people.

This period piece, set in the 1960s at the height of the Cold War, focuses on CIA agent Solo and KGB agent Kuryakin (played by Herry Cavill and Armie Hamer respectively). Despite their differences and and longstanding hostility, they must join forces to stop a mysterious international crime organization.

Set in the mid 1980s in Compton, California, this true story chronicles the lives of Dr. Dre, Easy-E and Ice Cube and N.W.A.. The film shows the way that the original rap group revolutionized music for future generations. It also focuses on the hardships of their own lives.

This film, staring Emma Watson and Ethan Hawke, is a suspense thriller set in a small Minnesota town in the ’80s. After a father pleads guilty to sexually assaulting his daughter, a crime he has no memory of, strange things begin to unfold. Talks of a satanic cult and insanity circle around the family, as everyone involved in the crime try to figure out what really happened.