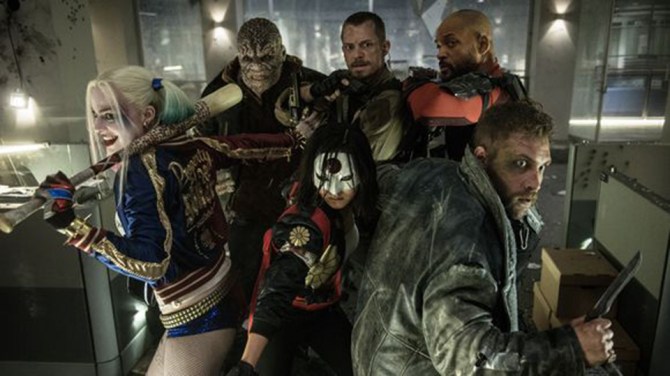 Who needs heroes when you can have bad guys save the world? At least that’s the conclusion we came to after seeing DC Comics’ latest trailer for the hotly anticipated “Suicide Squad.”

To the manic strains of “Bohemian Rhapsody,” the trailer showcases the motley all-villain crew fronted by Will Smith‘s Deadshot and Margot Robbie‘s alluringly psychotic Harley Quinn as they aim to save the world, one crime at a time. Cara Delevingne, Jared Leto, and Jai Courtney also make thrillingly creepy appearances in the quick clip.

The premise? These antiheroes have been pulled out of jail to work for the government on high-risk assignments—in return, they’ll get their freedom, that is, IF they survive the missions. Along the way, they, inevitably wreak major havoc. As Robbie’s Harley Quinn posits at the end, “We’re bad guys…. It’s what we do.”

Being a bad guy has never looked like more fun, but you can see for yourself with the trailer, below.