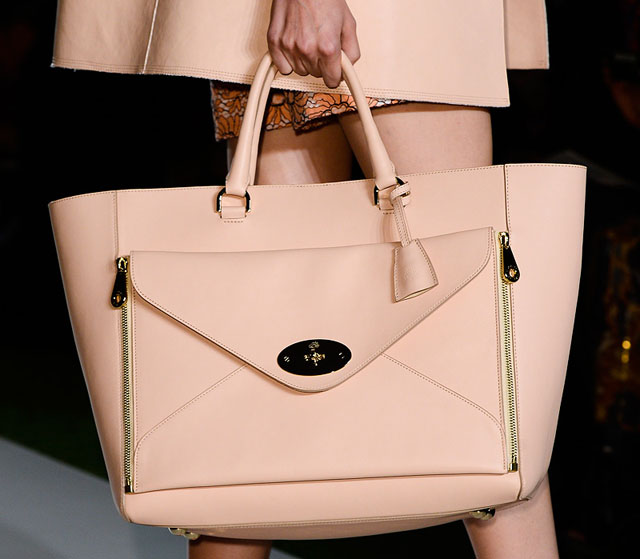 2. As if the debut of Proenza Schouler’s newest bag, the PS13, wasn’t exciting enough, Mulberry recently debuted its next it bag, the Mulberry Willow. [SheFinds]

3. A true role model: In an interview with Elle Magazine, “Hunger Games” actress Jennifer Lawrence brushes off being called obese and said she’d never starve herself for a role for fear that her fans would follow suit. [Refinery29]

4. A perfectly polished partnership: In partnership with Essie, CVS is taking advantage of the popular nail art trend by launching in-store nail kiosks at which shoppers can test nail polishes, experiment with new colors, try out nail wraps and more. [Racked]

5. Not only did he recently extend his stint as President for another four years, but Obama also was declared a sartorial trend-setter by the stylish Brian Williams. It seems like it’s been a week full of accomplishments for the President. [Styleite]

6. Hollywood’s elite have really been doing their part to assist with Hurricane Sandy relief efforts, with Justin Bieber and Rihanna acting as some of the most recent helpers. [E!]

8. Krazy Karlisms: At the opening of Chanel’s Little Black Jacket exhibit in Paris, Karl Lagerfeld used a black empowerment slogan from the 60s to describe the jacket. [Fashionista]

9. You have to see this: Valeria Lukyonova, who has been called a real-life Barbie thanks to her unbelievable body proportions, landed her first major fashion spread in V Magazine. [FashionEtc]