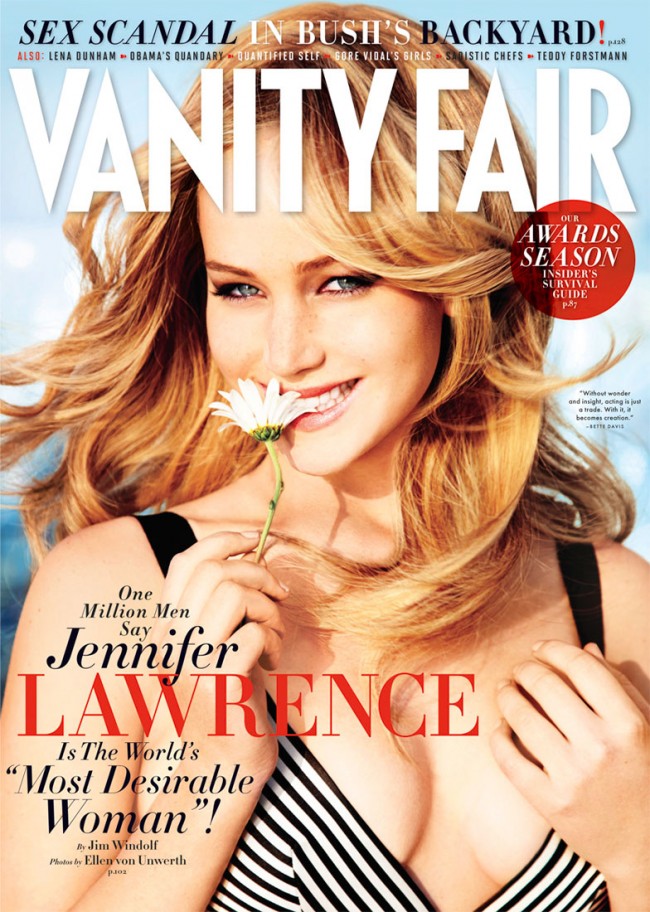 1. We get it, Vanity Fair cover girl Jennifer Lawrence: You’re not jaded. But if acting’s so “stupid” here’s an idea: We think you should reject any further Oscar nominations. [Vanity Fair]

3. More on why the Target + Neiman Marcus collection was an “epic retail fail.” [Time]

4. Sofia Vergara’s boobs made an unintentional appearance in the midst of a nightclub brawl on New Year’s Eve. [Gawker]

8. So, you know how LeAnn Rimes is always shot by the paparazzi in a skimpy bikini? Turns out, they’re so not spontaneous. [RadarOnline]

10. The week in tabloids: Stars with no makeup, stars in bikinis. Status quo. basically. [Jezebel]