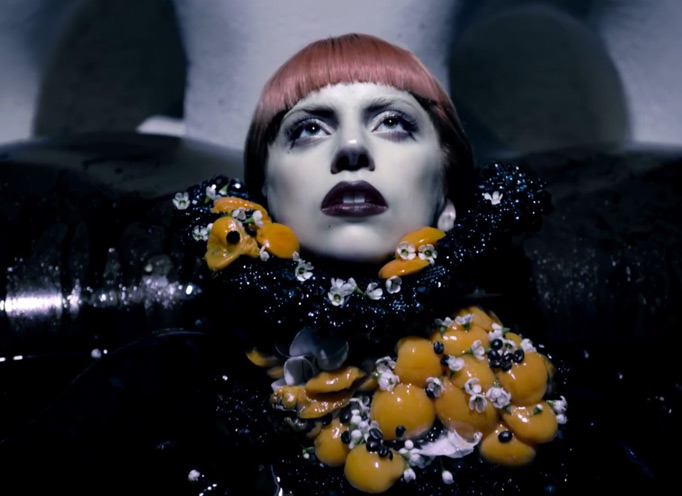 1. The feud between Lady Gaga and New York Times fashion critic Cathy Horyn is officially reaching ridiculous heights. At the Mugler show in Paris, Gaga revealed her new rap song, which disses both the critic and her boyfriend in a fashion that seems decidedly not classy. [The Cut]

2. Get a sneak peek at Narciso Rodriguez’s upcoming collection for Kohl’s. That jacket is kind of amazing … [SheFinds]

3. Ryan Lochte apparently dined with some Vogue editors at a restaurant in New York last night. Fingers crossed that he got some fashion advice. [Page Six]

4. Want to know what Alexander Skarsgard’s favorite smells are? We thought so… [The Cut]

5. How are celebrity closets different than yours? Well, first of all they have chandeliers. 24 other reasons here … [Buzzfeed]

6. Lindsay Lohan talks about her role as Elizabeth Taylor and how much she relates to her in this new teaser. Apparently, they both loved diamonds. A must-watch, obviously. [THR]

7. A New Jersey photographer has launched a line of art chairs with famous people’s faces on them, cheekily called “Sit on My Face.” [The Vivant]

9. An up-close look at the spectacular eye makeup on the Dior runway at Paris Fashion Week. [Beauty High]

10. If you haven’t yet seen the unbelievably adorable video in which Garance Dore interviews Jenna Lyons, prepare to be insanely jealous (of their shoes, mostly). [Garance Dore]