Six minutes into the series premiere of Pretty Little Liars, Aria Montgomery, a student at Rosewood High School, is sitting on the bathroom counter of a dim, deserted bar, as Ezra Fitz, a man she met moments earlier, leans in between her legs and kisses her. The music swells as Aria and Ezra look at each other in a moment of lust and romance before the camera cuts away, leaving the audience to their imagination.

The scene would be fine and another example of the many sex-scene introductions that make up teenage-drama pilots—that is, until Pretty Little Liars reveals later in the episode that Ezra wasn’t a random hookup Aria met at a bar. He’s her 11th-grade English teacher, Mr. Fitz, whose face pales when he learns that she’s an underage student in his class. The scene is no longer safe and sexy. It’s potentially illegal and a case of statutory rape.

Student-teacher romance narratives have been a trope on teen TV since the ‘90s.

Laws regarding statutory rape, defined as sexual contact with an individual who is below the legal age of consent, vary from state to state. In Pennsylvania, where Pretty Little Liars is set, statutory rape is considered when the victim is under 16 and the assailant is four years older, meaning that Aria, who is a junior in high school at the time of the pilot, could be considered legal. But does that make it OK? 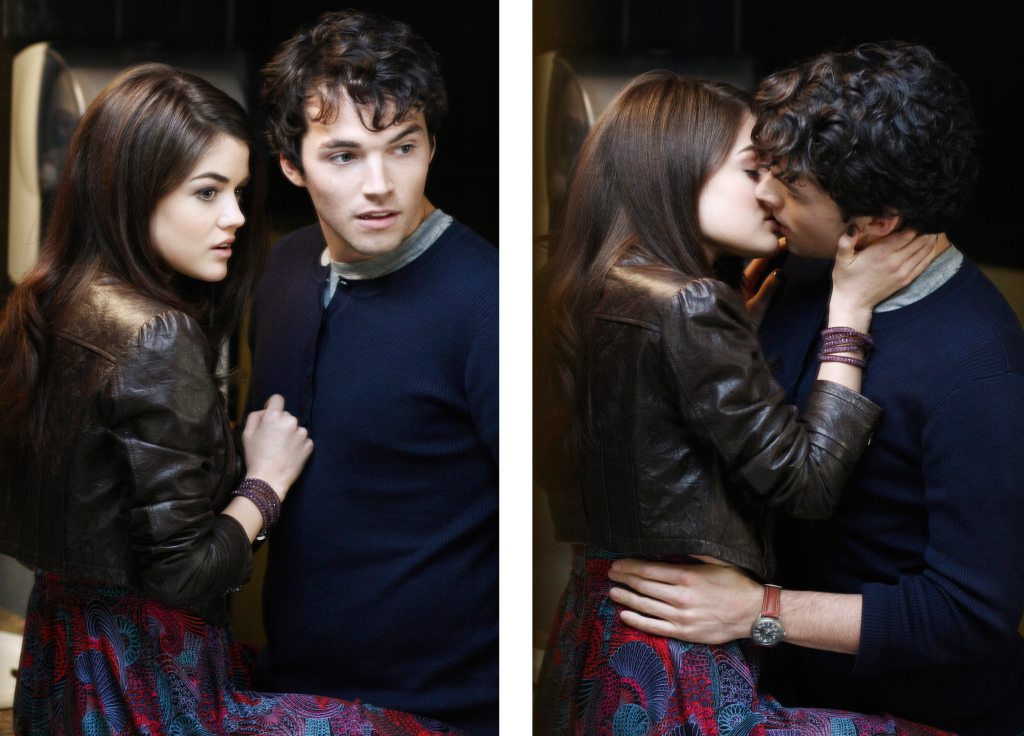 According to Marshall Korenblum, MD, a child psychiatrist and professor at the University of Toronto, the issue with student-teacher relationships lies less in age differences and more in the problematic power dynamic between an adult and a child. “A teacher is supposed to be a teacher, not a lover. No matter what the age difference, large or small, and no matter which gender the ‘lover or the ‘lovee’ is, there’s a power imbalance,” Korenblum tells StyleCaster. “How can the teacher objectively evaluate or give feedback on the student’s performance, which is their job, if romance and sex are involved? They can’t.”

These shows suggest that it’s OK to blur the line of consent if it’s for love.

Pretty Little Liars isn’t alone in its romanticization of student-teacher relationships. The “will they, won’t they?” narrative of student-teacher romances has been a trope on teenage television since the ‘90s when Pacey Witter, a student at Capeside High School, had an affair with his English teacher on the second season of Dawson’s Creek. In the decades that followed, several other teenage dramas picked up the trend: In season four of One Tree Hill, Brooke Davis has sex in a classroom with her English teacher; in season two of Gossip Girl, Dan Humphrey has a one-night stand with his friend’s high school English teacher; most recently, in season one of Riverdale, Archie Andrews has a months-long romance with his music teacher, Ms. Grundy.

Though these shows don’t overlook the fact that this behavior is wrong (After Aria and Ezra’s hookup, Aria receives an anonymous text threatening to reveal their secret; after Archie and Ms. Grundy’s romance is exposed, Ms. Grundy is seen as a predator by many of Riverdale High School’s parents, including Archie’s), their criticism of the romances often have to do with the law itself rather than the individuals breaking it. When Archie and Ms. Grundy break up, after Ms. Grundy loses her job at Riverdale High and is chased out of town, the scene is heavy and emotional, with Archie fighting until the very end for Ms. Grundy to stay. The scene is meant for the viewer to side with the couple, rather than the serpent-like parents who tear them apart and view the lovers as each other’s “end games,” regardless of the conditions. The same happens in Pretty Little Liars when, after six seasons of on-again, off-again breakups to protect Mr. Fitz’s career as a teacher, the series ends with Aria and Mr. Fitz getting married, communicating to the audience that, against all odds, love will win.

This romanticization is dangerous for teen viewers, who may replicate what they see on screen.

However, the us-against-them narratives of these relationships aren’t as sweet as they seem. By portraying these couples as star-crossed lovers and modern-day Romeos and Juliets kept apart by society, these shows romanticize an alarming fantasy and suggest that it’s OK to blur the line of consent as long it’s for love. This romanticization is even more dangerous for teenagers, who make up the core audience of high-school-set TV shows and movies and are known to replicate the behaviors they see on screen.

“TV and movies have powerful influences on teens,” Korenblum says. “They’re more impressionable and suggestible than adults because of peer pressure and because the part of the brain that helps with judgment and critical thinking, the frontal lobe, does not fully mature until age 25. This leaves young people more vulnerable to all sorts of bad messages and decisions: disordered eating, alcohol use, suicide and in this context, having a relationship and sex with your teacher.”

Many laws are in place for a reason, and by skirting around what’s legal and what’s not, these shows are no longer simply producing salacious television, they’re entering a realm that could have harmful effects on their viewers. Teenage television has always been sexy, but it doesn’t need to feature students having sex with teachers to achieve that. Student-teacher relationships aren’t sweet or #goals. They’re dangerous and shouldn’t exist anywhere, including on our screens.